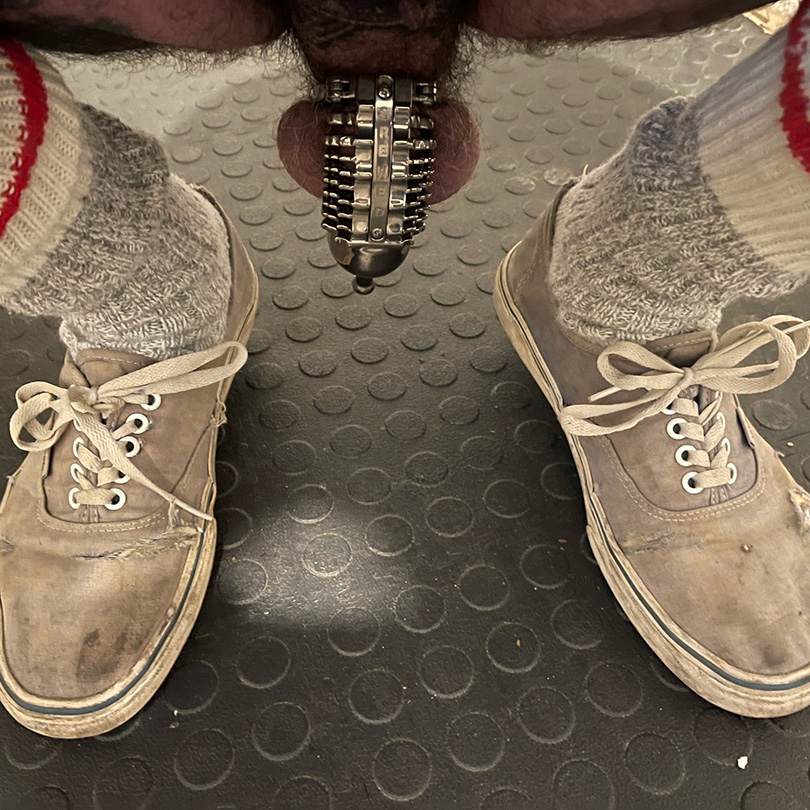 Author’s Note: The BOSS has controlled, micro-managed, chastized, tattooed and humiliated VANSfag since August 2008 in a TPE (total power exchange) relationship. VANSfag is an alpha male publicly but a permanently chastised dildofag in the playroom and kink world. VANSfag was kept under house arrest starting March 18, 2022 for an indefinite period not less than 16 days and not more than 44 days, under conditions described in “House Arrest”.

I did this for three weekends in a row (March 18-21, March 25-28 and April 1-4, 2022) and started the fourth weekend. The dread on the last Friday was huge but, in some “reverse” mind fuck, the BOSS released me the following Saturday morning. I always assumed I would be released on a Monday morning…

62 hours with no clock, no daylight and no schedule makes time seem surreal. The lights are on 24 hours per day. All my food and water for the next 62 hours are sitting in one corner of the cell, so I don’t have the marker of regular feeding times. Even my sleep patterns are disrupted through “sounds, music or communication over the AV system.” Imagine Garth Brooks singing “Friends in Low Places” on repeat indefinitely:

’Cause I’ve got friends in low places

Where the whiskey drowns

And the beer chases my blues away

And I’ll be okay

Imagine a sleep period ended abruptly with an order to stand “Nose and toes to the wall” until further notice. (But in the middle of 62 hours, I am grateful to hear the BOSS’s voice.)

I am proud that I endured 22 days of house arrest. The weeknights were relatively easy but the weekends were overwhelmingly hard. I couldn’t do it again next weekend but the masochist in me is already imagining a longer and harsher next time.

Metal would like to thank VANSfag and his BOSS for this update!

One thought on “House Arrest: The Release”