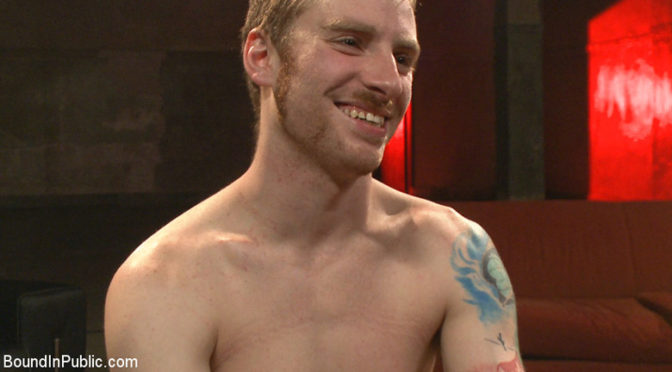 At Bound In Public, Sebastian Keys gets the cattle prod, a carousel of cocks and cake in the face while having his ass gang banged. The horny crowd awaits as Sebastian brings in his collared boy, crawling on all fours. When everyone least expects it, Van, joined by Christian Wilde and Trenton Ducati decide to crash the party. Turns out it’s the big director Sebastian Keys’ birthday, so the guys turn the tables on him. They gang up on Sebastian, tearing his clothes off and tossing him around like a rag doll. He’s given a lashing and the cattle prod as the guys count them out for every year he’s grown. Van drags Sebastian around, forcing him to swallow cock before the guys ravage his hole and shove his face into his birthday cake. After the crowd holds Sebastian down for a shave, he’s suspended in the air as a merry go round of cocks circle below him. One after another they fuck his hole as hard as they can before he’s brought to his knees to serve the crowd more cake and beg for their loads. Trenton Ducati isn’t quite finished with him yet though, he finishes Sebastian off with one more rampage fuck before sending Sebastian on his way. 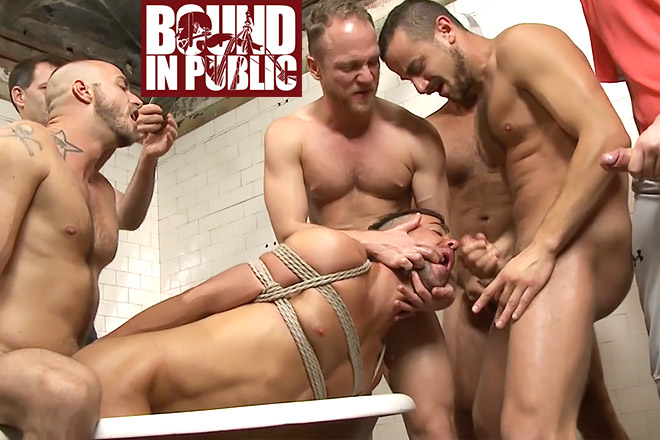