Check out these images from “At Large” at Titan:

In At Large, hot and handsome guard Matt Bradshaw gags prisoner Steve O’Donnell with his meaty cock, then bends him over and fucks the hell out of him. In Scene 2, Sexy Scott Davis and beefy Brady Martin face fuck hard-bodied Patrick Allen in his cell until all three splatter the floor with sperm. In Scene 3, cellmate studs Damian Ford and Jon Galt spear each other’s throats with their fat cocks, then fuck until they’re dripping with sweat and their cocks ooze the last drops of cum. In Scene 4, hunky prison guard Steve Cassidy gets his due when a bunch of horned-up prisoners handcuff him to a bench and gang fuck him to within an inch of his life. 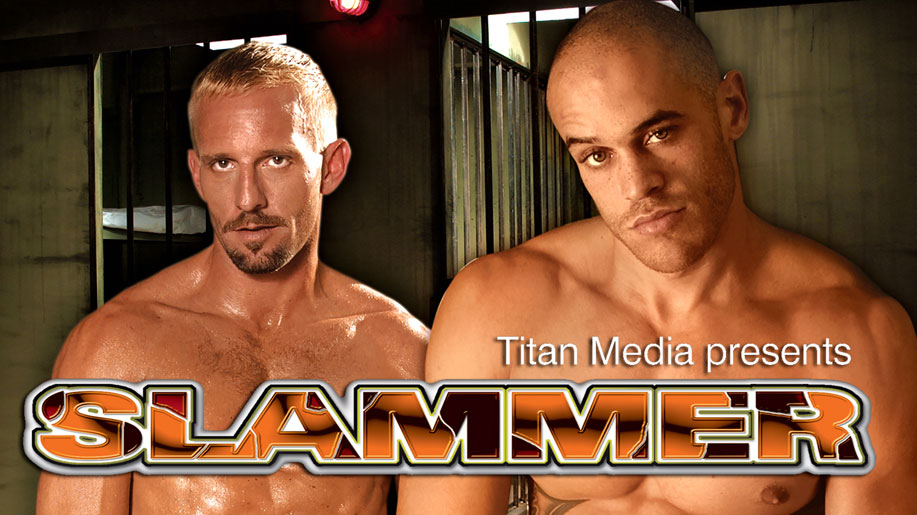 The Slammer. A correctional facility where each day is a struggle for power between the savage inmates and corrupt officers as they use gritty mansex to battle for domination over each other. A sinister Warden (played by Dred Scott, in a role he was born to play) administers discipline and punishment over his minions in the Slammer with an iron fist and rock-hard dick — giving new meaning to the term “penal institution.” 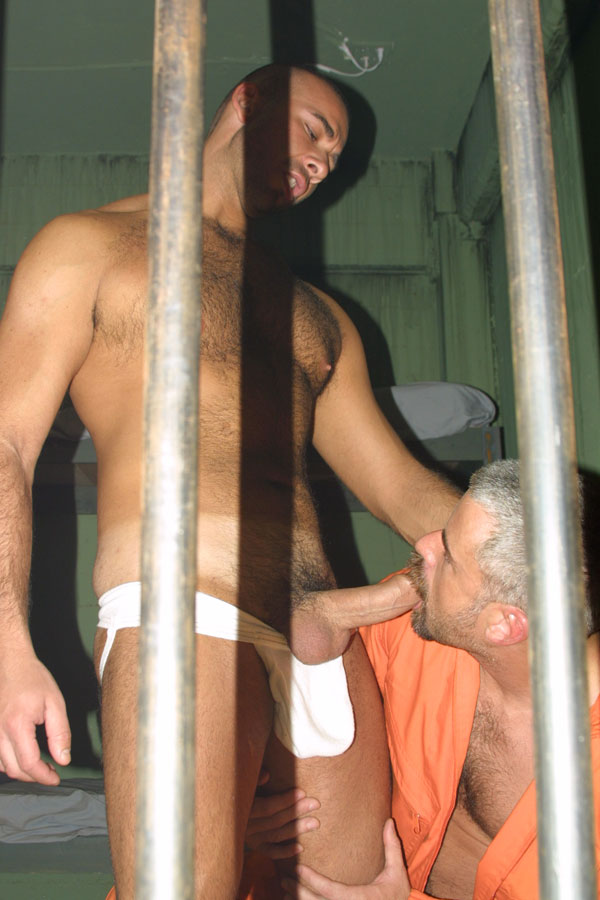