Note: This is the final chapter of a multi-part story by lthr_jock. To start at the very beginning, click for Part 1.

Despite Mike’s experience in sleeping in bondage, it took him a while to get to sleep as he was still nervous about what Barry might do. But in the end he dropped off to come sharply awake as an alarm clock blared out in his ear. As he blinked awake, a muscular arm reached over him and turned the alarm off. The arm then draped across Mike’s torso before idly flicking his nipples. “Morning, Mikey. Time to get up. I’ll let you go once I’ve showered.”

Uncaring that he was naked, Barry got up and walked into the adjacent bathroom. Mike could hear the sound of water running as he struggled against the restraints. He looked at the alarm clock – 05:10 – there was still enough time for him to get to work. Barry seemed to be in the shower for ages before appearing in the doorway with a towel wrapped around his waist. He then took his time undoing, Mike, leaving the hands and gag for last. “Look I’m sorry, but I have to go to work.” Barry nodded “I understand, Mikey. But one question – did you enjoy yourself?” Mike nodded. “Good. Then I’ll be seeing you again?” Mike paused as he headed for the door. “Yes. Not sure when though.” He looked at the clock again. “Sorry, but I really have to go.” Barry laughed and waved Mike out of the room.

Mike sat in his car and looked at the time. He would just be able to get to work, but didn’t have enough time to go home first – so would have to go to work in his leathers. “Dammit!” He slammed his hands against the steering wheel and as he did so the padlock on his collar bounced off his chest. It reminded him that Frank could help, so he quickly texted him. Seconds later he got a response with a tag for a street close to the station. “Understood. Meet me here.”

END_OF_DOCUMENT_TOKEN_TO_BE_REPLACED 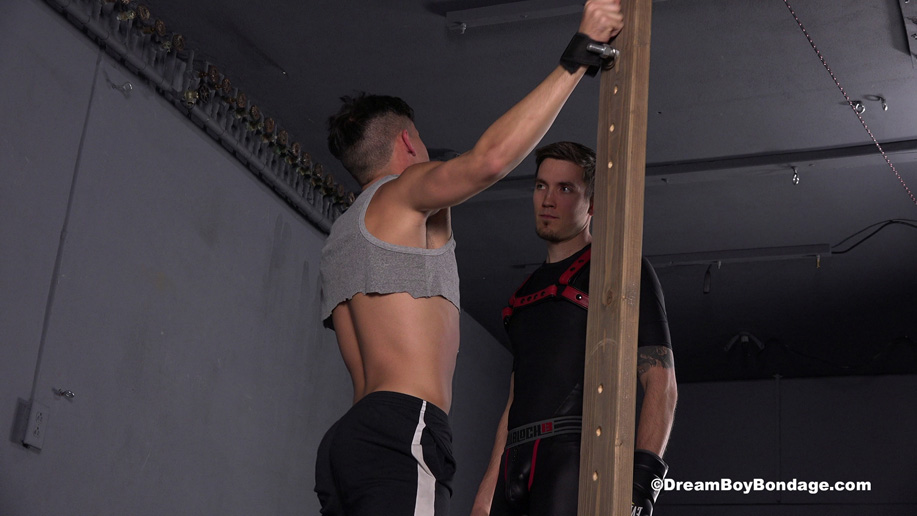 Scroll down for a free video preview from the men of Dream Boy Bondage. In this update, Vinny Blackwood is snatched off the street wearing a crop-top and tight running shorts. 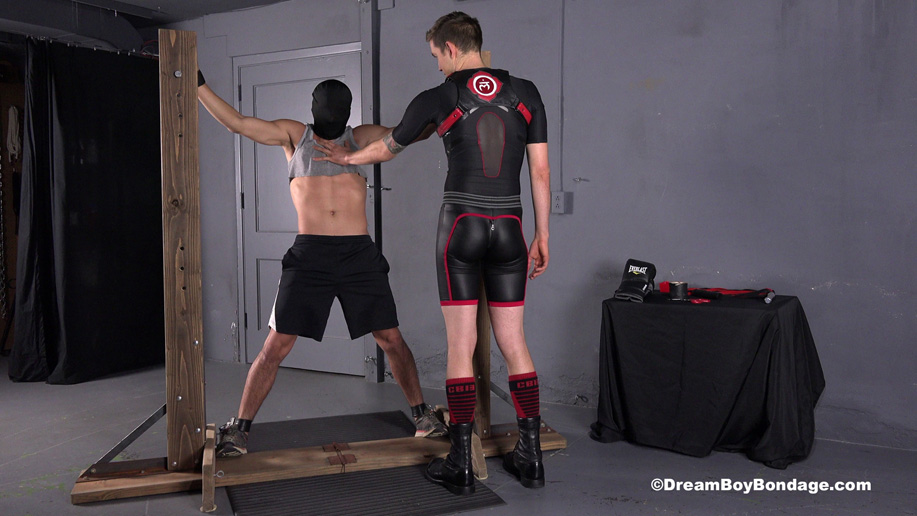 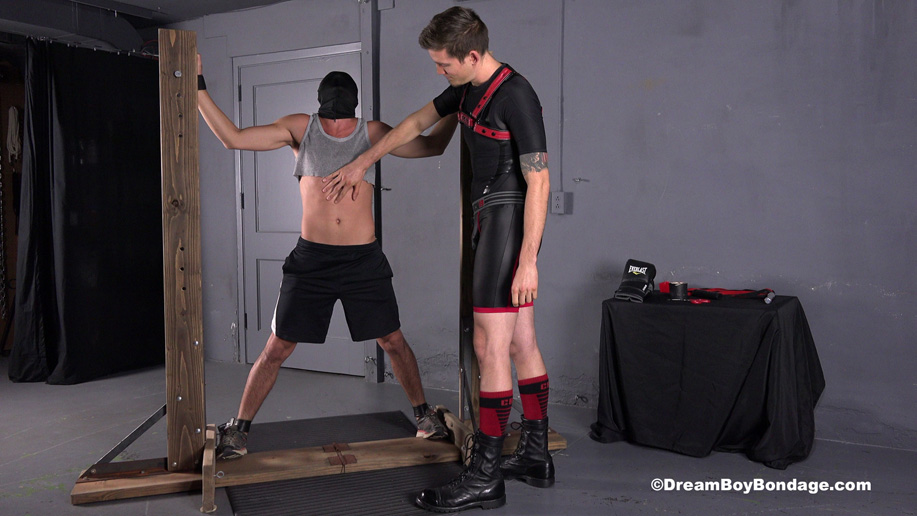 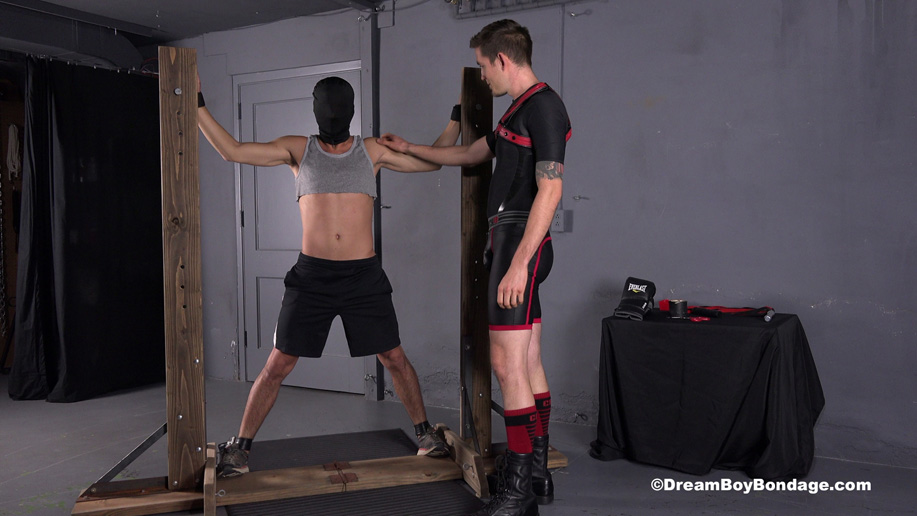 Vinny Blackwood is one of those athletic, well-built young men who was blessed with good genes and good looks. Working out a little here and there, he has one of those bodies we all admire and lust after: naturally lean, with broad shoulders and an unusually small waist. His skin is flawless, creamy, firm and virtually hairless. And if that weren’t enough, he has the face of a male idol, with perfect teeth and bright eyes. Like so many cocky gay men, he loves walking around in public in revealing clothing, crop tops and running shots that show off his lean body and round ass. Most of us just leer at such men, but Felix Frost takes what he wants – and today he wants Vinny, whom he literally grabs off the street. Fast-forward to the dungeon: Vinny is strapped to a torture rack, hooded and helpless, in his sexy running outfit. He will be brutally tortured and fucked, beginning with a long, hard gut-punching. “Please! I’ll suck your cock!” Vinny begs as his body is pummeled. “You bet you will!” Felix says, punching him even harder.

Here is a free video preview — be sure to watch in full screen mode!

See the entire shoot plus much more at Dream Boy Bondage – they have TWO new updates every Friday and this site is definitely worth the money! 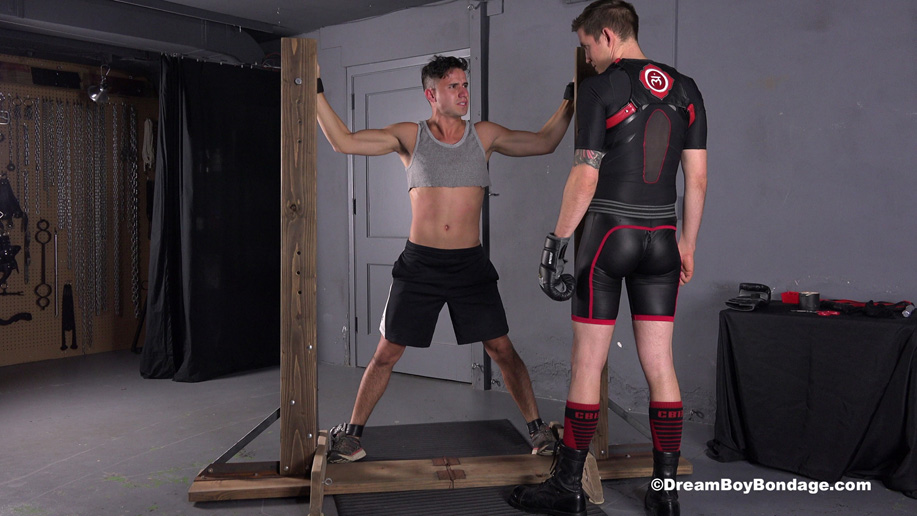 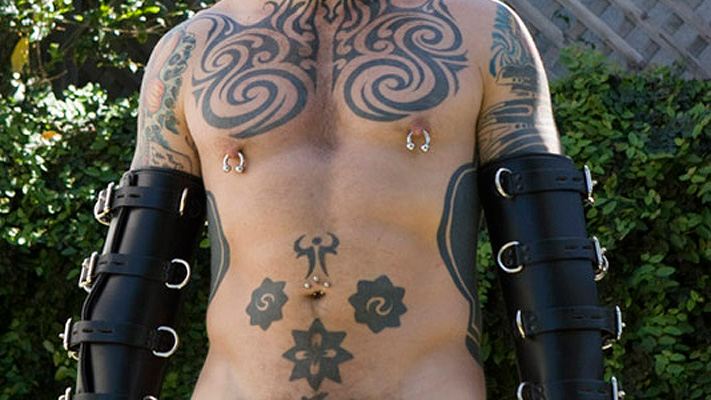 The photos above are courtesy of Serious Male Bondage 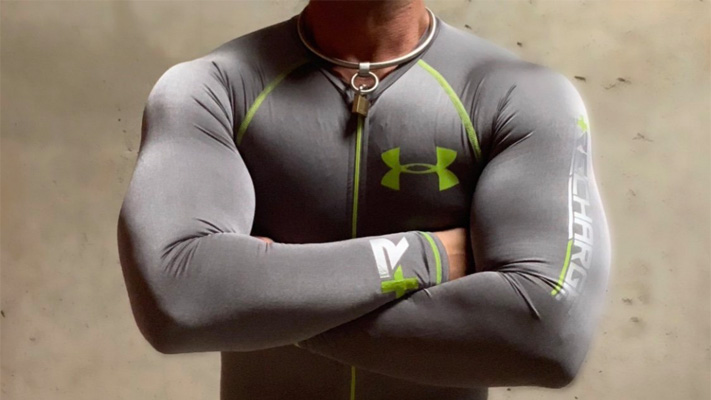 Check out HnTight (@HnTight on Twitter), who is locked in a UA Recharge Suit, with the help of a Talon collar and a padlock! 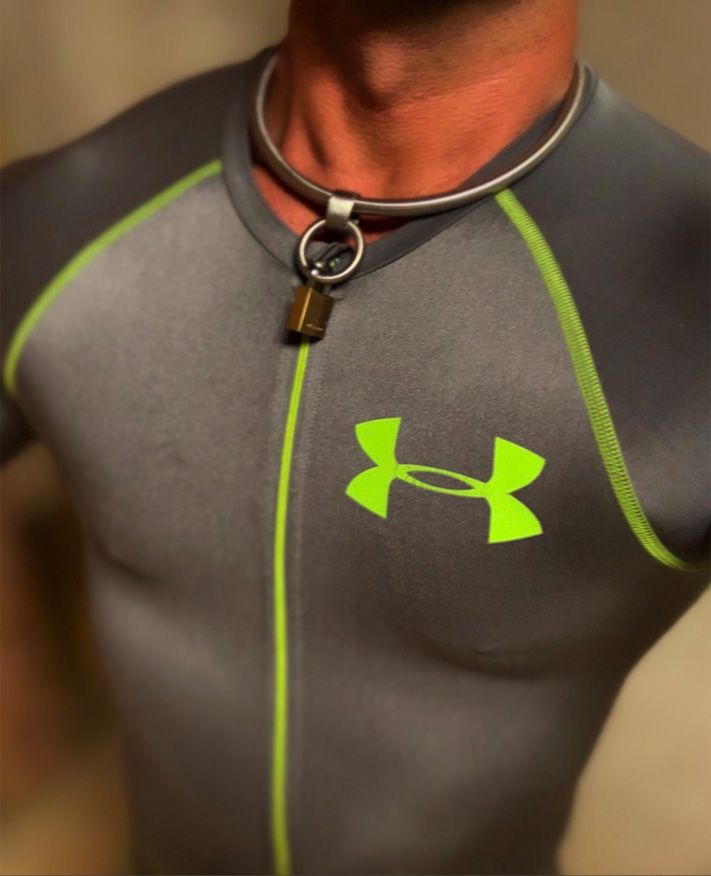 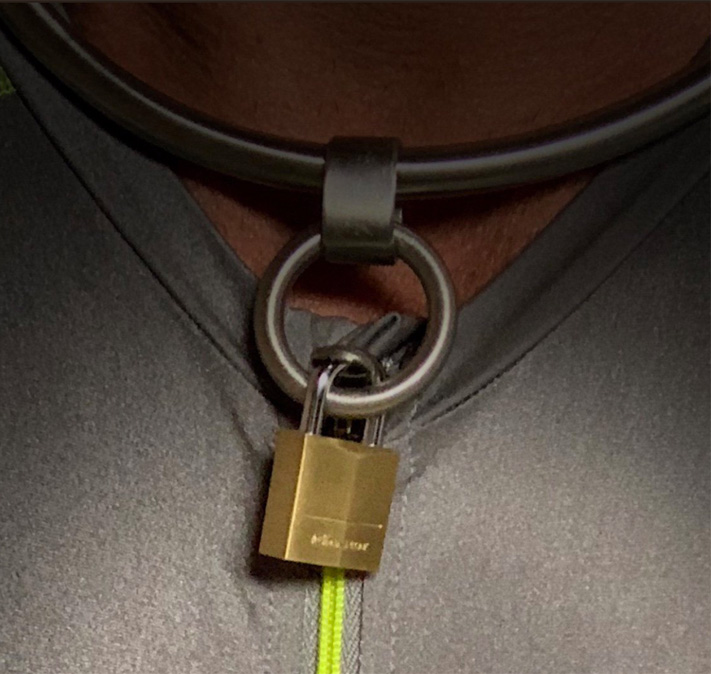 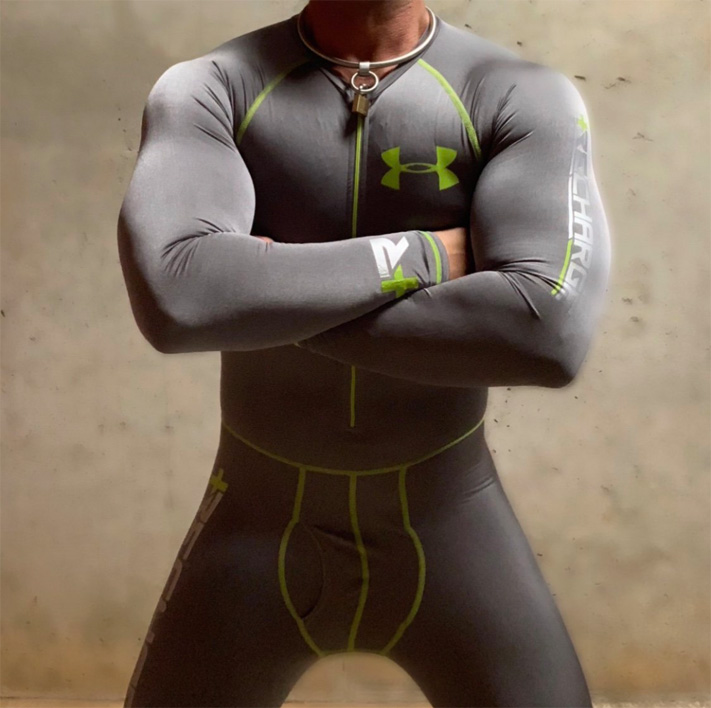 As always, you can use promo code “METALBOND”

to save 10 percent at E-Stim Systems! These pictures were posted to Tumblr. Does anybody know where they came from or have the story behind these pictures? 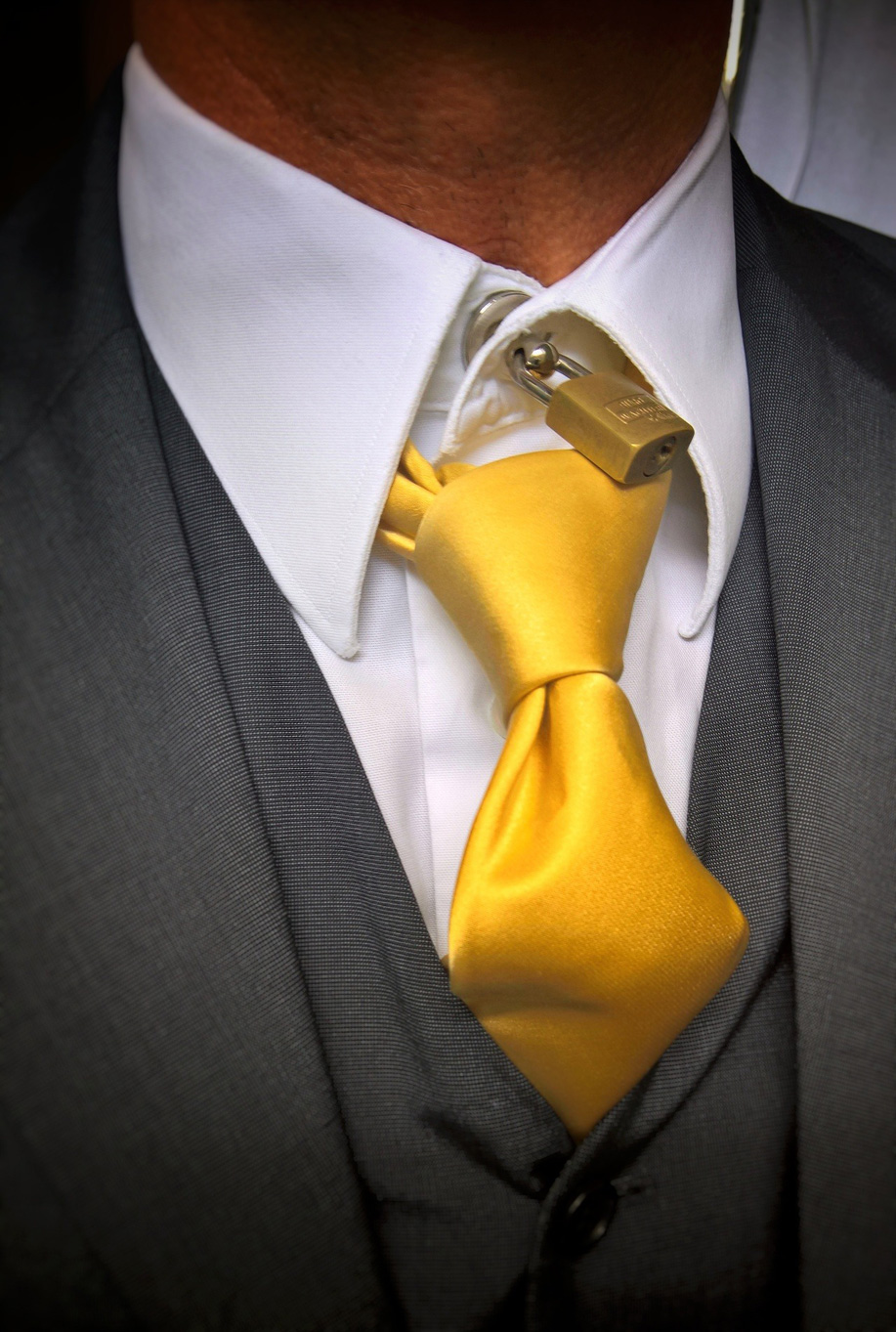 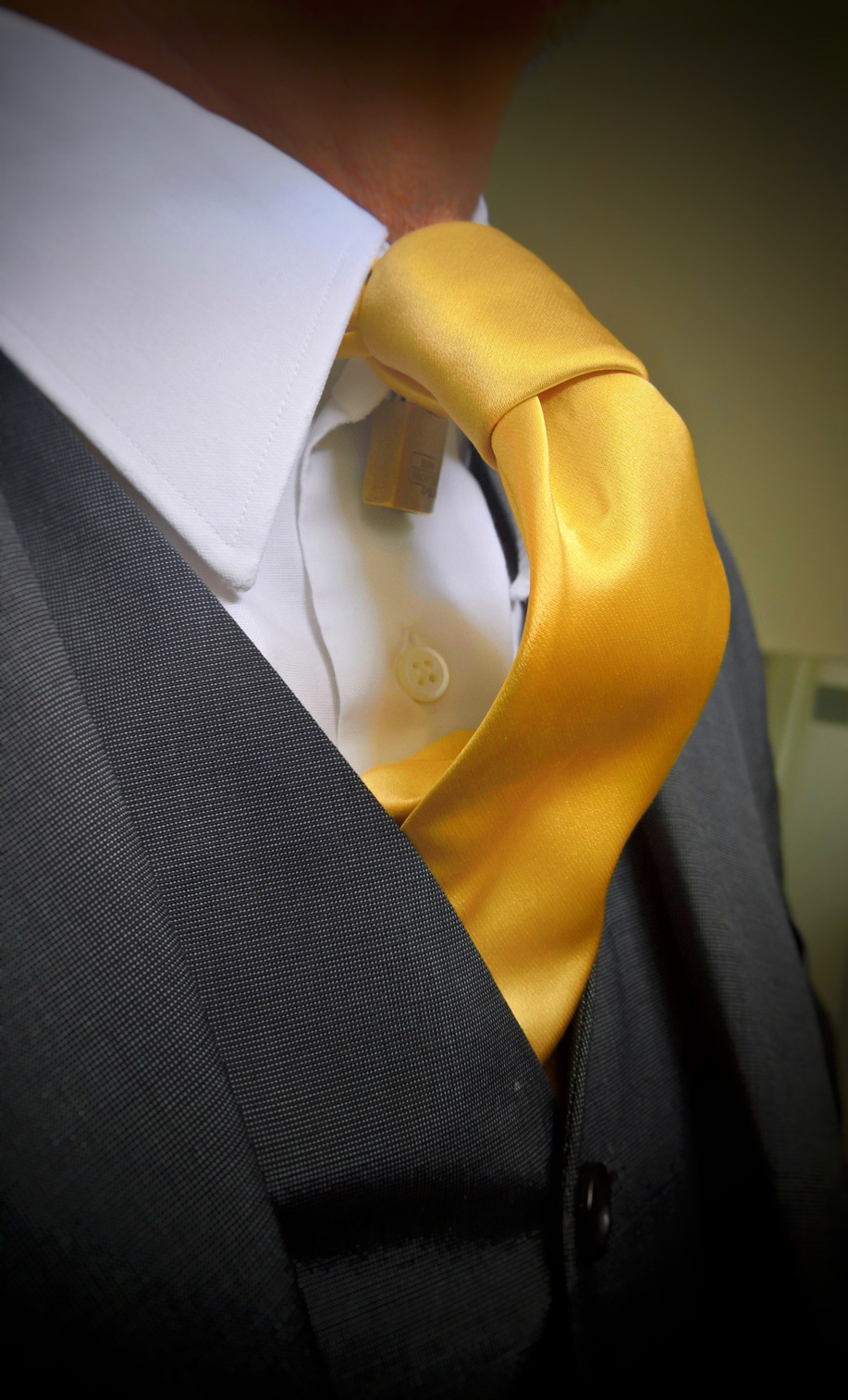 Fucking hot if you ask me!

Check out this recent update at Men On Edge. William Crown is new to bondage, but that doesn’t mean he’s going to have it easy! He’s bound as Chance Summerlin works his big dick, sucking it deep, and Sebastian Keys works his hairy hole sliding in a fucksaw. 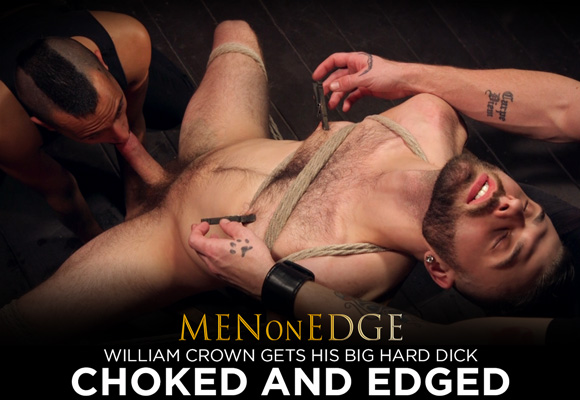 Title of this shoot: William Crown Gets His Big Hard Dick Choked And Edged 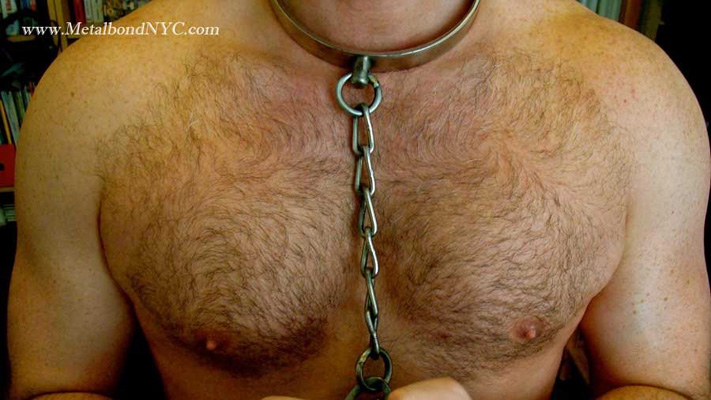 Hey prisoners, just an update from the desk of your friendly neighborhood bondage blogger! There are plenty more STORIES coming — but I also have a number of picture updates to get to, and I am a little bit behind here, so kindly be patient with me as it will take some time for me to post all the stories and pictures I have in my in-box.

The good news is that there will be several more chapters of “Lucky Cup” by GratDelay, there will be THREE more updates from Rubrpig, and Cutieboy90 says he is working on some new stuff, as well! And for those who have been asking about more “Risk” by lthr_jock, there will be another chapter of that one, what he tells me will be the final installment, which I will post very soon. So keep checking back here every day. 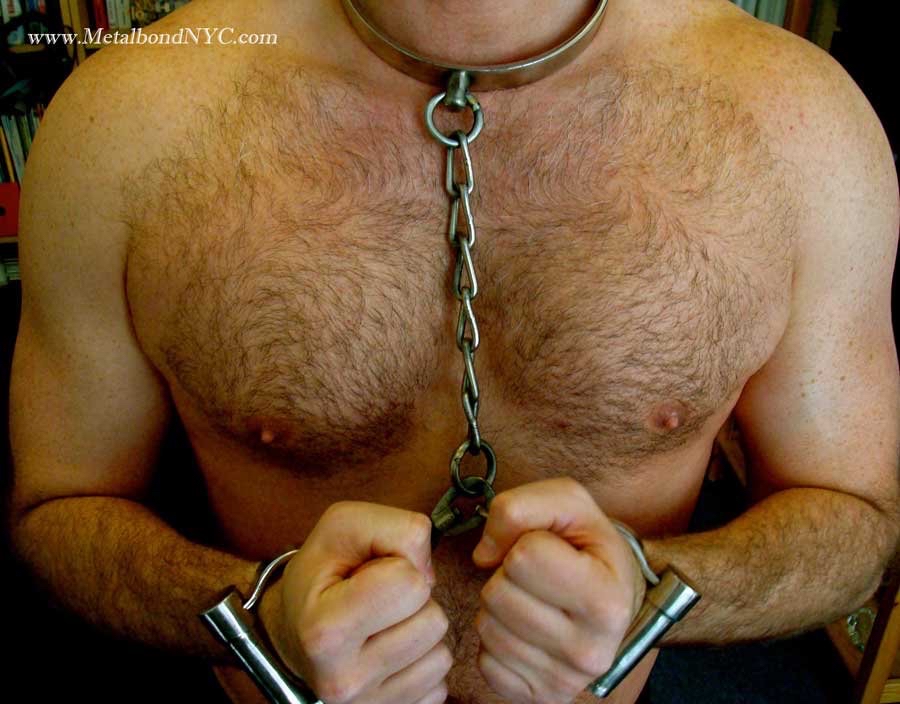