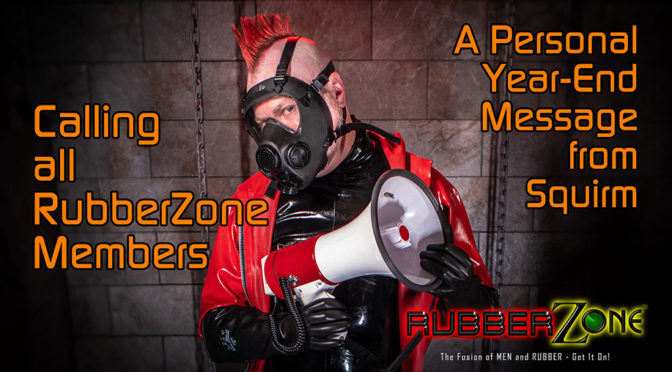 RubberZone — the online home for men into rubber fetish, gay latex fetish, bondage in rubber, rubbermen — has been going strong for 26 years! The site features personals, profiles, galleries, videos, and shopping. The “Rubber Master” behind the site is Squirm (pictured) who has written a personal message about himself in which he shares information about some of the personal/life challenges he has been going through. The good news is that Squirm has big plans for the site with many new updates planned. 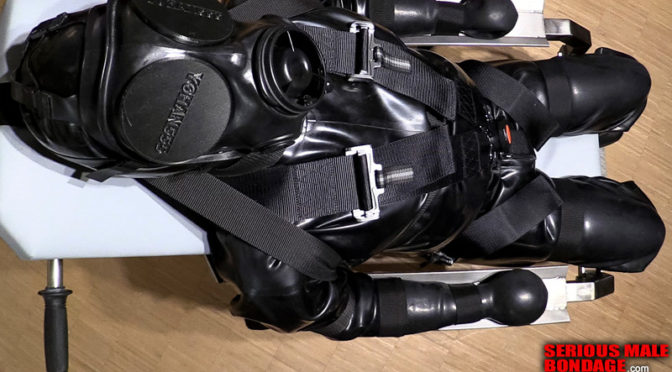 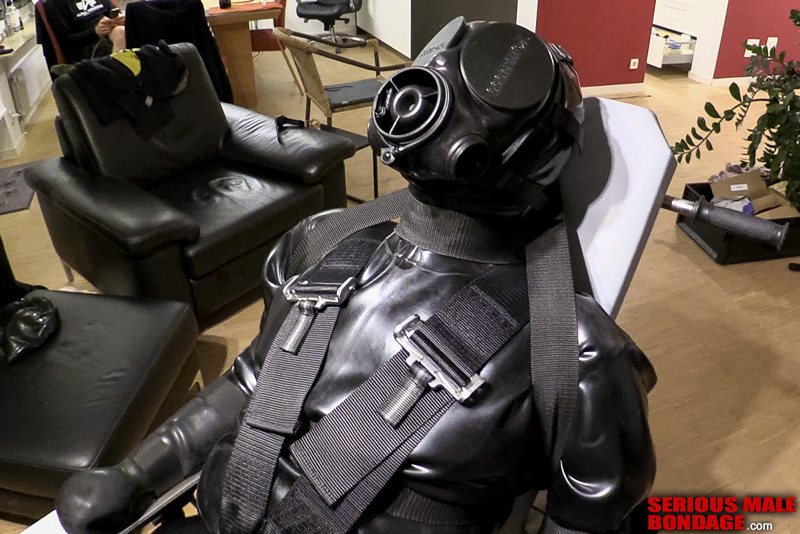 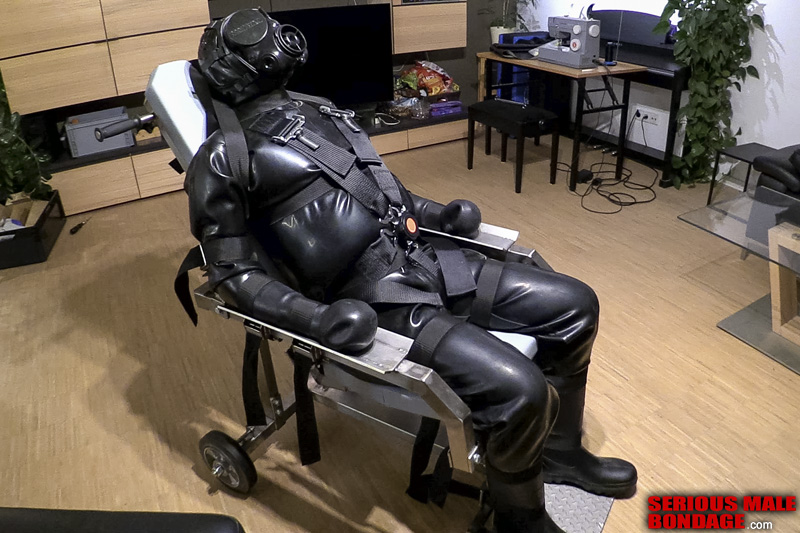 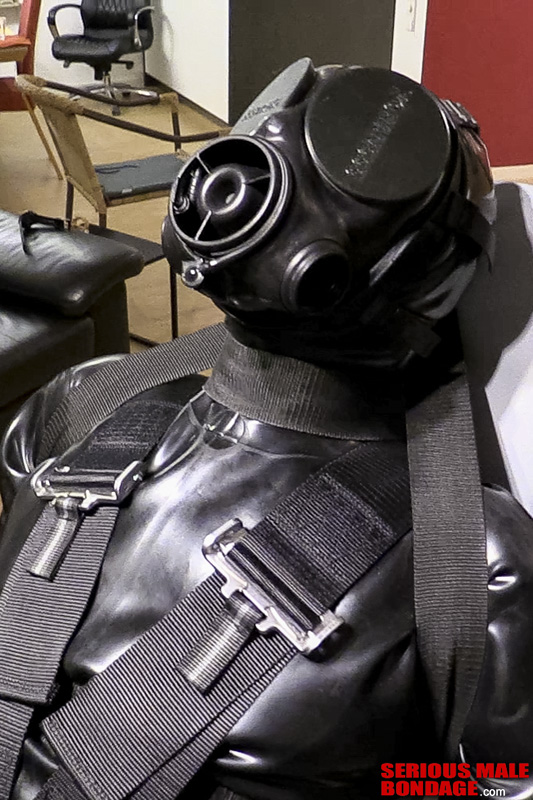 Title of this video: Germany In September – Part-1 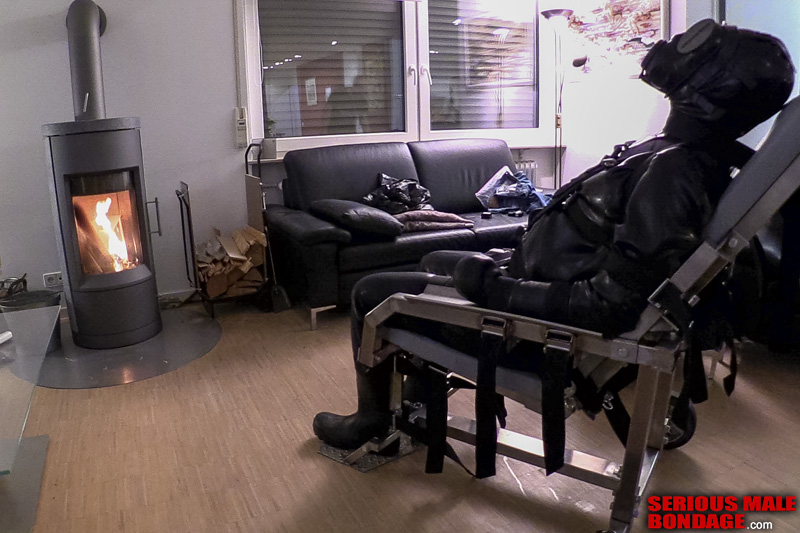 This hot rubber man is from Canada. He’s been blogging since 2006, and I hope he continues to update his site in 2023 and beyond! 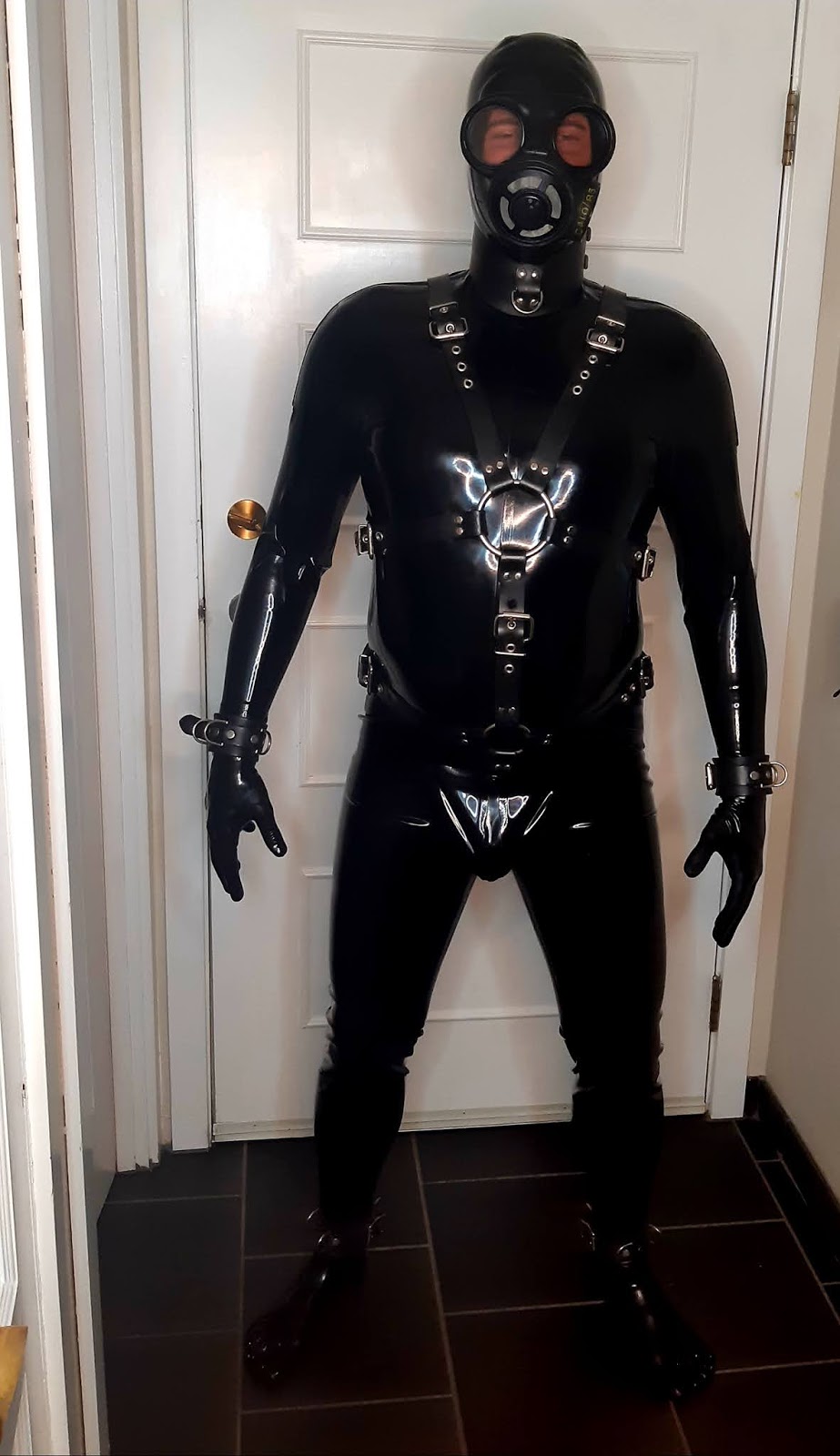 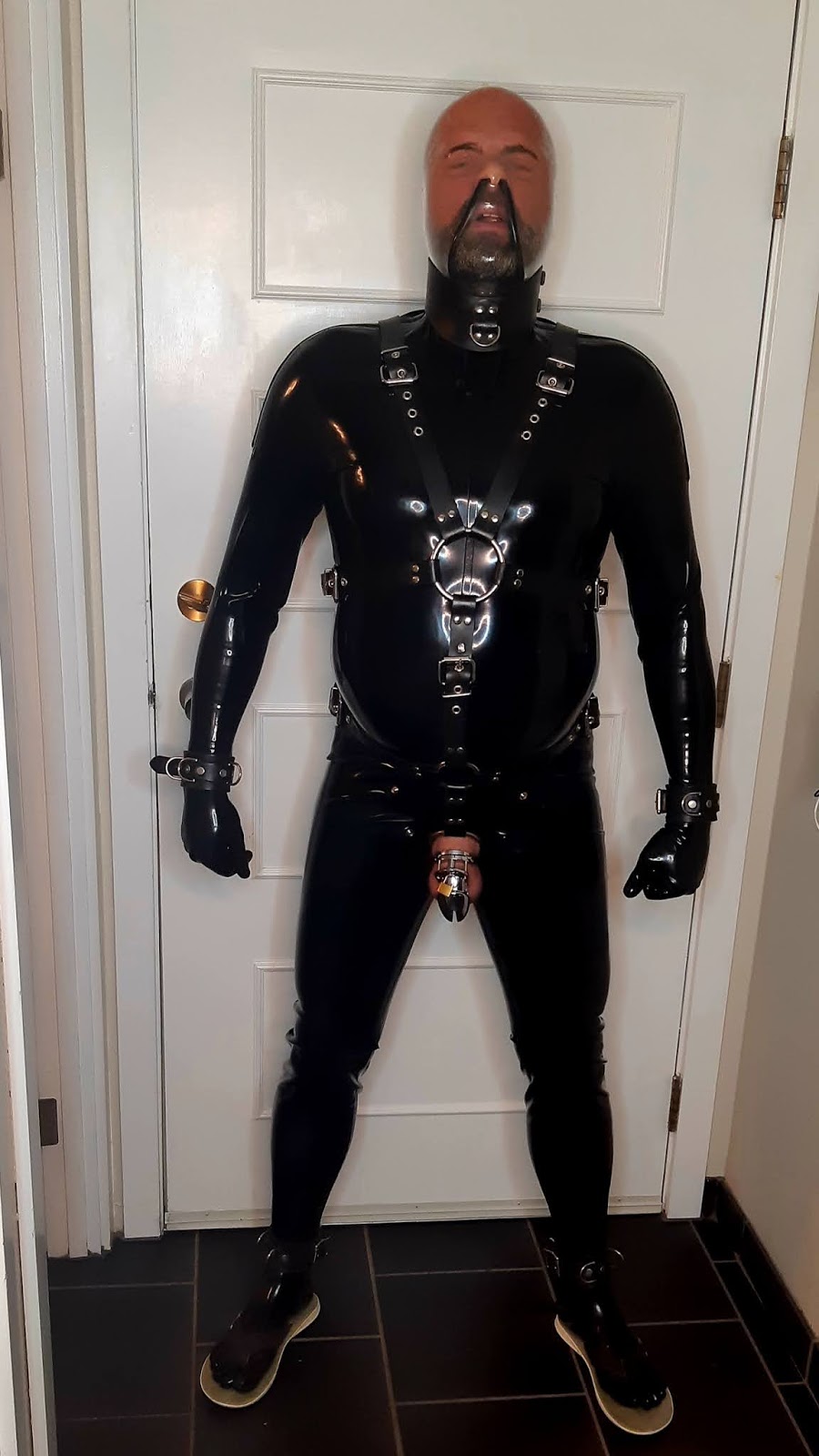 Check out Ruff wearing rubber, in these images from his fantastic website, Ruff’s Stuff: 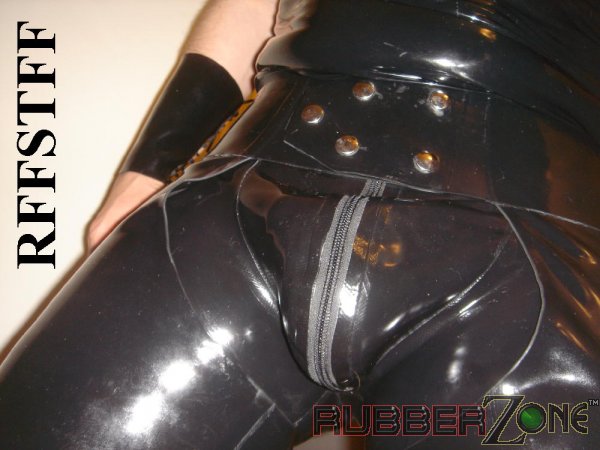 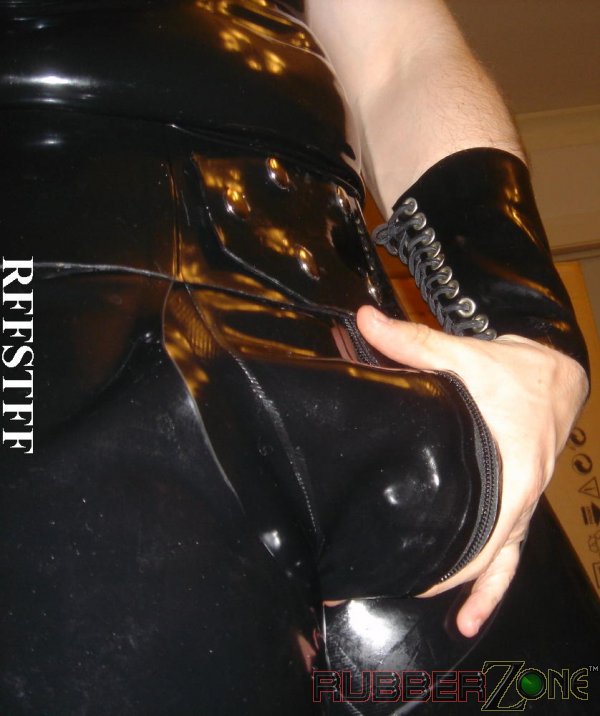 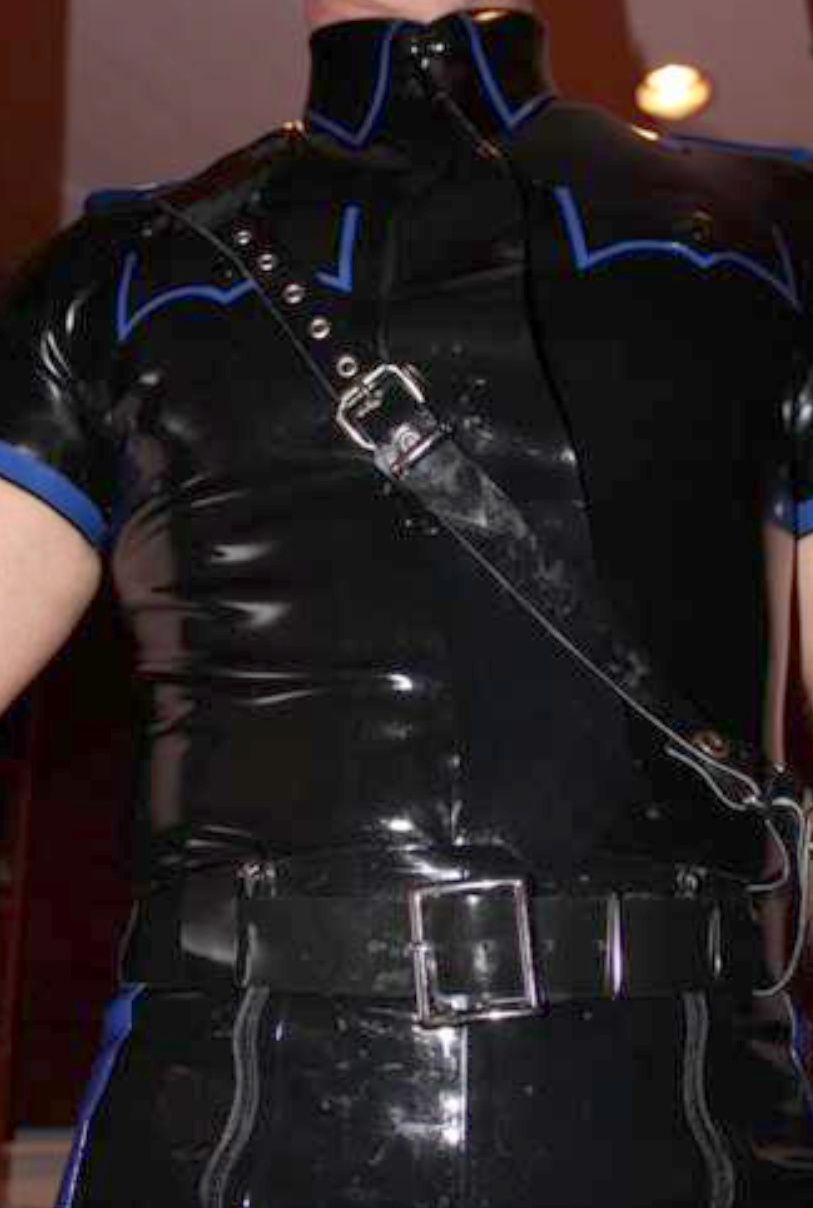 The third image is from this post on Ruff’s site in which he shares some hot correspondence involving chastity and things that lock!

Those who enjoyed the recent story “Captain Jack and the Race to Redula” in the Prison Library (if you missed it, click here) will be interested to know that the writer, POW Author, has written a spinoff story, which he has posted to his own website:

See ALL of POW Author’s fiction by clicking here — but be forewarned, much of his other content includes extreme fantasies, so tread carefully! 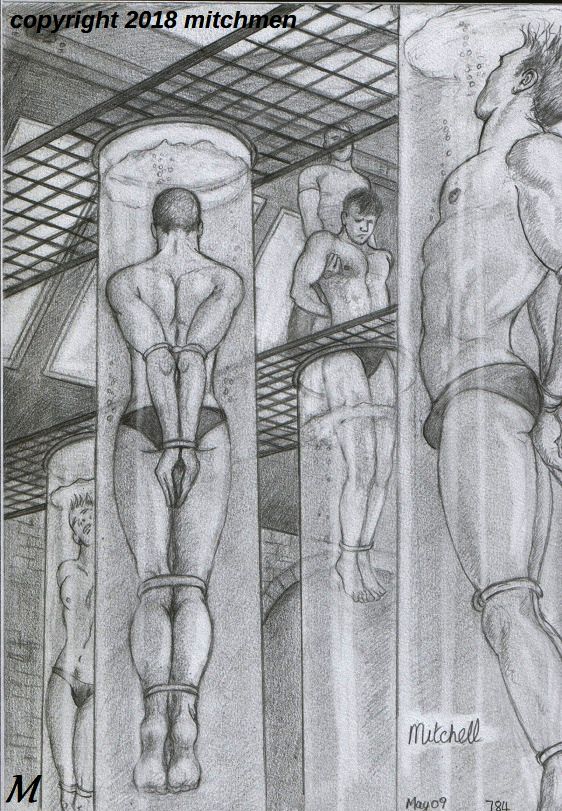 Tons more art by Mitchell is available at the Mitchmen Club at Adonis Male (free to register).

To start at the beginning of this story, click here.

Sam’s transition to wakefulness was slow and gradual, like darkness giving way to day over the course of the hour before sunrise.  His deep, dreamless sleep didn’t end so much as it faded into wakefulness.  The bed was soft, holding his body in perfect comfort at the perfect temperature and as awareness slowly returned the first thing he became conscious of was the lack of stress on his muscles, the absence of the aches caused by lying on a hard floor or lumpy cot.  It was bliss, this pain-free place he was in, and he remained there for an unmeasured amount of time basking in unmoving comfort.

Alas, the next thing he became aware of was his profound hunger.  The sensation came on gradually, but once he became aware of it he could not stop noticing it and return to the state of blissful ignorance he had been in before.  Eventually the feeling grew strong enough that he knew he was going to have to do something about it.

Opening his eyes, he found that the quiet bedroom was now aglow with soft diffuse daylight coming in through the sheer gauzy curtains.  He was alone, a fact which registered before he remembered that there had been someone else in the room when he had fallen asleep.  As such, there was no rush of adrenaline when he recalled the threat that his former companion represented.  In the slow, gauzy haze of waking it was all remote, academic, lacking any visceral demand on his attention.  After all, he had been asleep for no telling how long… another two or three or five minutes of comfort on this Platonic ideal of a pillow wouldn’t change things.

END_OF_DOCUMENT_TOKEN_TO_BE_REPLACED 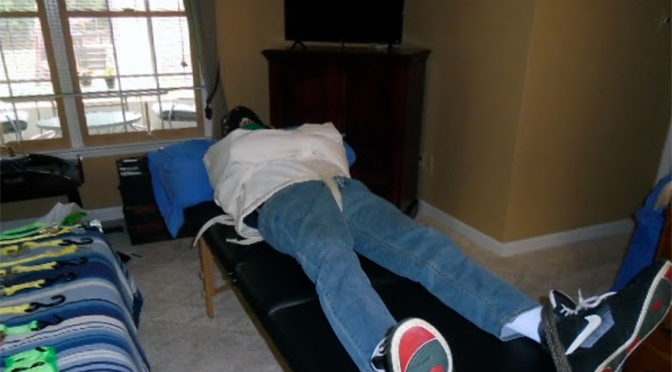 Turns out he was unable to add new content to his original site, so he set up a new one!

Click below to go directly to the new site: 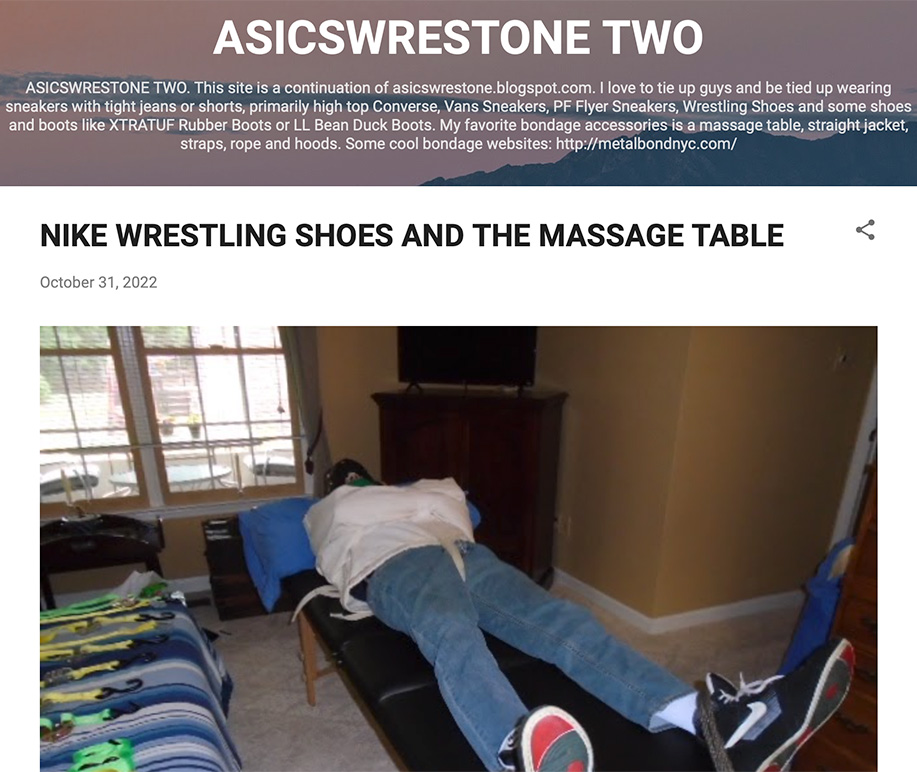 And you can still visit the original site here.