1. I’m thinking of posting some new bondage fiction here every night in January. I think I have enough stories stashed away in my “beat bank” to do this. What do all you guys think?

2. I am now following a bunch of you on Twitter —  I’m there under @MetalbondNYC

3. Oh, and according to google analytics I just went over 2 million pageviews for this site. I guess this is some sort of milestone.

END_OF_DOCUMENT_TOKEN_TO_BE_REPLACED

Hey guys, if you are looking for something exciting to give your kinky boyfriend for Christmas, check out Slickitup. They have lots of hoods, full body suits — and plenty of jeans and other fetish apparel. Whenever I have ordered anything from Slickitup, I have received a personal note from the designer and owner of this company, Dave, who is pictured showing off the big guns.

Thanks for keeping it hot, Dave!

Did anyone catch that movie recently called Hot Tub Time Machine? One of the characters is a young guy who plays in Second Life — as an inmate in prison! My kinda guy. Check out a clip here.

That reminds me of Steel Vlodovic, shown here: The first thing Steel did when he entered Second Life was check out the prison. He spent about three months locked up as an inmate at Ghul.

A few times each year, usually late Summer or Fall, Max would travel four hours Northwest from Ottawa. He would visit friends at their not too remote rural farm. Farm? Well it was 25 acres of swamp, clay, rock, bears and gazillion black flies in the Spring. The mud, ahh yes, the swamp and high water had wonderful silty mushy, gooy, clean clay.

END_OF_DOCUMENT_TOKEN_TO_BE_REPLACED

T.J. is a tough fucker who likes to be tested and pushed in serious, long-term physical restraint. He recently visited the infamous Mountain Correctional Facility, and Zerotaf reports that T.J.’s total time with his hands locked behind his back was 30 hours 15 minutes! That blows my own personal record out of the way, as well as that of ToughBondageBottom.

The pictures below commemorate J.T.’s incarceration and cuff session: I spoke with both Zerotaf and T.J. by phone shortly after the lockup had concluded. Zerotaf was impressed with T.J.’s stamina, and T.J. sounded none the worse for wear. Personally, I have a feeling that ToughBondageBottom will want to attempt to beat this record.

IMPORTANT SAFETY NOTE: Guys, if you ever attempt something extreme like this, be sure to use the “darbies” style cuffs (shown below), and not regular police cuffs because the darbies won’t cut into your wrists.

Kinkidiver collared Drew, his partner for life, for life. 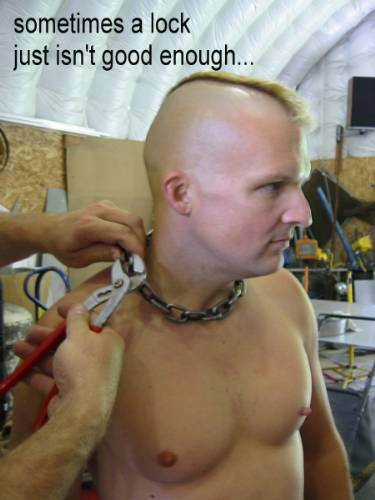 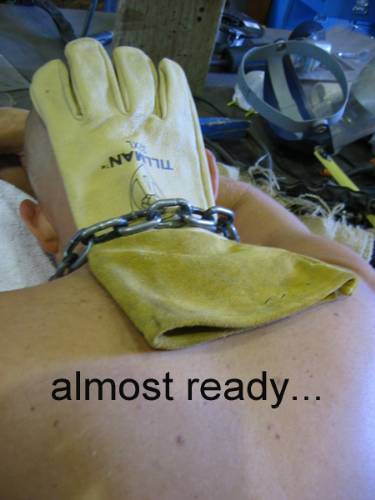 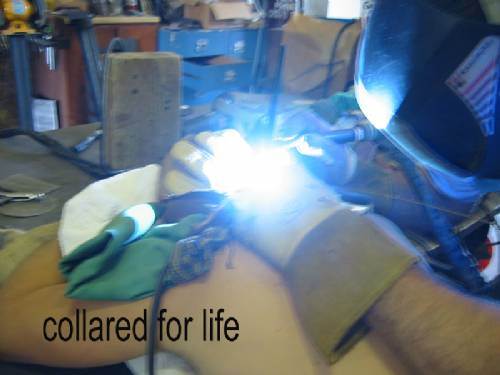