Thursday 9PM, driving north on SH-99 Jack is getting tired. Looking for something to occupy his mind on this crazy lonesome drive Jack fantasizes about maybe pulling into a rest stop. Not a too busy rest stop, a few cars and a few trucks, on a not so major highway. The trucks are silent and cool, like they are there for a while. The men’s room has a single bulb light over the door and no traffic in or out of the door. Stuff that a fantasy is made of.

Jack’s black roadster pulls into the middle of the stop with a full view of the men’s room door. He waits and thinks about what he might run into in the restroom. Cutting his thoughts against reality he considers that this is interior northern California; not a liberal in your face queer community, but likely full of red necks who are hot in fantasy but pretty dull, and sometimes dangerous, in reality.

“What a shitty fantasy” he thinks. It comes from his angle of keeping fantasy close to his reality which, in Jack’s mind, pulls it more toward possibility. Unfortunately, the reality that serves as his base, ain’t all that. He’s had a few encounters that introduced fetishes.   Yet google “fetish” and get a list hundreds long. So that’s all Jack; on the low side of fetish experience and a big bucket list containing things (1) that he has done, (2) he has fantasized about, and (3) stuff that he hasn’t even thought of yet. Of course, the big one that all bottom’s have; being used by a man, a stranger, for his calling of that man, regardless of any service to the bottom. Fear of strangers stoked Jack from head to toe.

Jack thinks of himself as all bottom, but not a pushy bottom. Many times keeping his desires and reactions in check. He wants directions but finds himself using body language to ask for commands.   Why do some tops not know to just take over? Jack has done some unexpected things at times, aggressive things, but never in his mind approaching a move towards control. He can’t imagine any top that would want a “do me” bottom, just a piece of no personality flesh that lays there. Nevertheless, Jack has been labeled, by some, a power bottom.

Knowing that, Jack finds himself entering the public toilet in search of a stranger. Strangers are a fetish; not trusted by definition, and indifferent to you. Fear of strangers is a sex rush more powerful than poppers.

Empty! Damm! Jack thinks. Two sinks, two wiz boxes, two stalls. Place is not clean, not dirty; just unkept. He hangs around a bit, reads the graffiti in the stalls. “Truckers call such and such number for homo’s pusssy box” with an arrow drawn pointing to a line drawing of a naked man tied to a jail cell, with his legs spread open. “Odd and out of place” he thinks.

He thinks about the men who have come here; to this backwoods rest stop in the dark. The straight men. He imagines a glory hole where he could watch the face of some man with a stiff prick and low hanging balls jacking his load on the wall. Jack’s mind is edging, and Jack holds on to this edging position keeping his sexual charge steady. So far this creation in Jack’s mind is very much within his reality. Still giving him the rush of the unknown, of the possible.

Jack washes his hands and to drag out more time washes his hands again and moves out the door. Almost back to his car he catches a figure on the edge of his vision entering the door he just exited. “Damm” Jack thinks almost out loud. “Is this one of the truck drivers” Jack wonders. Jack’s reaches for his crotch, edging rises as he settles into his driver’s seat waiting out the trucker’s exit for a better look.

In only a matter of a minute, maybe 90 seconds, the man exits and stands just outside the door looking from side to side. Not even long enough to take a wiz, Jack thinks. The man projects a wad of spit sharply into the dirt and now is moving, moving slowly but directly towards Jack.

“Got your business done son?” the man asks in a sharp low voice, standing about 5 feet away.

“What?” Jack replies to the man who he sees only in a shadow. Still the man appears to hold a solid figure standing with his legs spread just a bit more than shoulder wide and pointed directly at Jack. Jack thinks he sees a bit of a muscular build but wonders if it is muscle or fat.

“This is a private area. You got your business done. You best go now.” Stranger, fear, sex, domination, male authority, bullying, verbal humiliation are among the feelings rushing through Jack’s already edging head. Outrage at some asshole telling him the rest stop is private and he had to leave was up front in Jack’s head as well.

“Wait a minute, this is…” Jack starts as the man moves out of the shadows to reveal a uniform that identifies him as part of the state patrol force. Add a few more fetishes to Jack’s edging. “You got your business done; you’ll be wanting to clear out now.” Jack hesitates for just one moment, starts his car and leaves.

Metal would like to welcome Desert Pioneer to the Prison Library! 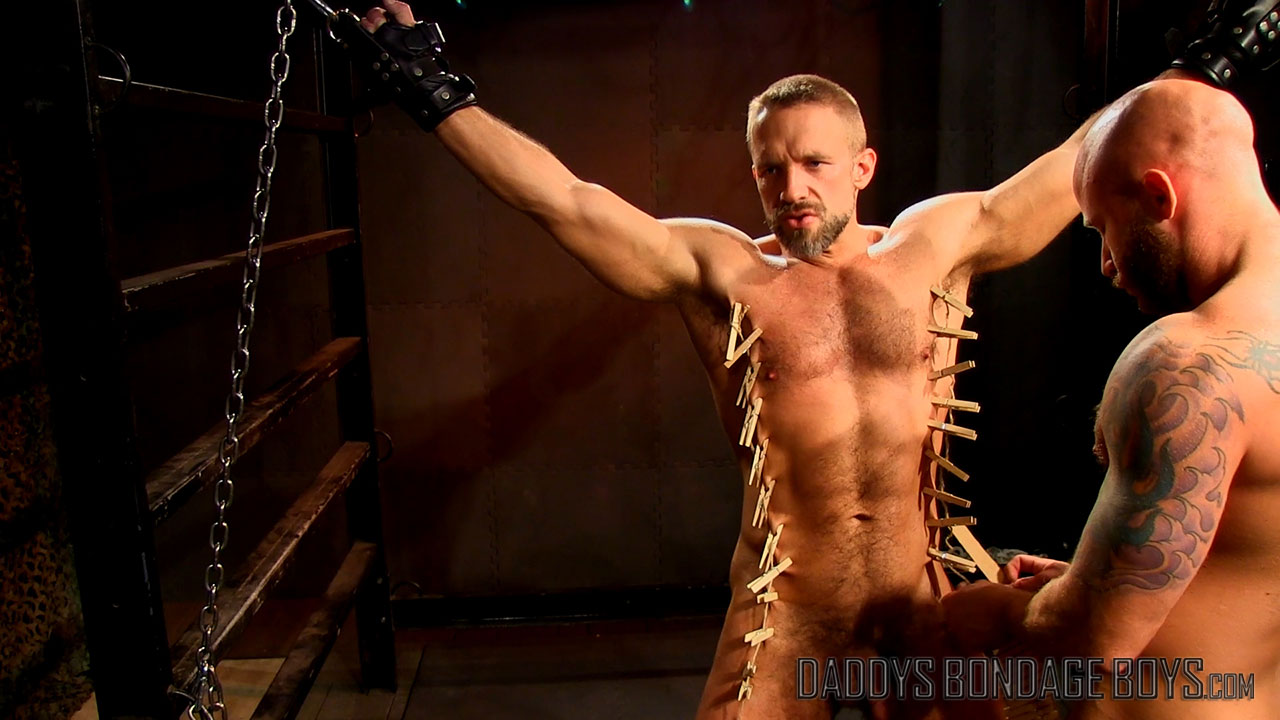