[I hope you are still enjoying the story – it’s odd when I write these as I have no way to know how they are being received. I always assume that my interests are fairly niche and therefore readers may not enjoy the direction the story is going in. This means that it’s great to get your feedback either here or on my Recon account as it lets me know that it’s actually getting read. If you have any suggestions for where the story should go let me know. I think it’s safe to say that this is turning into the holiday of a lifetime.]

He moved quickly up the steps and across the clearing to the main hall. We moved through the hall and stopped in front of a large panel. Master West placed a metal harness over my head and closed the straps below my arms. It fitted perfectly, hugging my body tightly and framing my nipples. He checked the positioning and fit. When he was happy, he directed me to lie on the ground face down. I knelt and lay on the cold tiled floor.

He took my left ankle and then pulled my left arm back, so my wrist and ankle were aligned. He pressed the two restraints together and they locked together. He repeated with my right wrist and ankle putting me into a tight hogtie. He picked up a large syringe from a box and inserted it into my asshole. He pushed the nozzle in deep and I moaned as I felt him filling my ass with thick viscous lube.

He pumped four more syringes full of the goo up my ass before he was satisfied. He pulled out the syringe and sealed my hole with a solid steel plug. Although the plug was large my well-lubed hole swallowed it easily. He got a rough cloth from the box and wiped the excess goo from around my hole so all that was visible was the large steel end of the plug.

He smiled as he pressed a button on his remote. Winches high in the ceiling whirred as a pair of cable were slowly played out. At the end of each of the cables was a carabiner. When there was enough slack, he clipped these onto the brackets integrated into the shoulder section of the harness. He screwed the carabiner shut so it didn’t accidentally release. He stepped back, pressed a button and the cable started to retract.

It took some time before the slack was taken up. He held me in place on the floor as the cable continued to retract. Initially, it lifted my shoulders clear of the floor. The winches continued to draw in the cable lifting more of my body into the air. Master West continued to guide me to ensure that I rose cleanly off the ground. It was only when my knees were about 50cm off the ground that he stepped back and watched me rise into the air. High above me, the two cables passed through a dark metal cage suspended near the roof of the cavernous building.

Once I was inside the cage the winches stopped and a cage door swung into place beneath me. I was hanging suspended inside a cage about six metres off the ground. The lights around the cage were switched off and I was plunged into darkness. The volume of the voices playing in my ears increased again and I rapidly sank into a relaxed state.

Sometime later I was conscious of people moving around beneath me. A large unit had been placed below the cage.

I heard IslandMasterUK’s voice and it bought me back to reality. I had become so used to hearing his voice reciting the mantra that it was odd to hear him talk normally.

Below me, I could see naked slaves moving around the room with tablets. They seemed to be busy registering the bets from the members. Other slaves were serving drinks or making themselves available for the pleasure of the assembled guests. A gong sounded and everyone looked towards IslandMasterUK stood on the small stage.

“Gentlemen, I need to thank you – we have sold all of the bands for tonight’s lottery. I will admit that some of you must think that 768 has an elastic asshole, but we will see how far the training has progressed. Now before we lower 768, we need to spin the torment wheel to see what additional elements we add to the game. What will it be this time – will we be heating the dildo up, will we be electrifying it, will we be coating it with the Ben Gay/Deep Heat? Master Green please will you do the honours and spin the wheel.”

I watched as the Master who had used me earlier in the week stepped forward and spun the wheel hanging from the wall. It made a loud clack, clack, clack sound as the wheel spun around. The guests started cheering as the wheel went round and round. Eventually, the wheel stopped spinning and there was a rapturous round of applause from the mass assembled beneath me.

The room went dark and I felt the lines running to my shoulders start to slowly lower. As soon as I started to move a spotlight hit me from somewhere in the darkness. I was blinded but the room was pitch black except for the two digital displays on the wall beneath me. As I lowered, I felt my mouth automatically open to its maximum extent. You could sense the excitement and tension in the room. Even though I couldn’t see the men assembled beneath me I could hear them.

Guests were sending shocks to all my restraints to make me squirm on the massive plug up my ass. As the spotlight continued to shine onto me, I couldn’t focus on the room around me but I was aware that the display showing the depth was very slowly increasing. I couldn’t see the number, but I could see that the numbers were flickering and changing.

My asshole was in agony due to the combination of the excessive stretching and the burning gel that was now liberally coating both the outside of my hole and the tender flesh inside. I continued to squirm as the encouragement from the restraints increased. I could hear excited voices in the crowd which must have indicated that their bands were in play. The battle to get me to drop lower on the dildo was being fought hard by the men with their remote controls in their hands. What I didn’t know at the time was that these same men had slaves kneeling in front of them sucking on their throbbing cocks.

Even though I couldn’t see the plug I could tell that it was considerably bigger than the one I was fitted with earlier in the evening. The man who was positioning the plug seemed to be making a big effort to make sure as much of the Deep Heat which had accumulated around my hole was transferred onto the body and neck of this new massive plug. I felt the pressure as he pushed the plug into place. He had little trouble pushing it into place as my ass was lubed with both the original lube and the Deep Heat.

The fact that he was pushing upwards as all body weight was pushing down meant that even though the plug was large with a very narrow neck it easily slid inside. I was instantly aware of the burning effect of the Deep Heat along the length of the plug. A smack on the head of the plug indicated that the man who was fitting it was happy. The winches above me clicked back into action and I slowly moved up into the air. The voices in my earpieces returned to their usual level as I moved higher and higher into the darkness. The spotlight has been switched off so I moved in darkness quietly towards the cage. My ass was on fire, but I was unable to do anything to reduce the burning.

The winches stopped and the cage door beneath me slid silently into place locking me back into my high-level prison. Beneath me, I could see guests taking full advantage of the facilities the Island had to offer. I couldn’t count how many slaves there were in the room servicing the guests but even with my restricted view from the cage, I could see slaves being fucked while others were hanging from frames on the wall as guests whipped or flogged them.

I realised that this was the first time I’d actually seen what went on in the main hall. I started to question in my head whether this was really what I wanted. When I had planned with IslandMasterUK I had never meant for it to be this extreme. But, I had done all this willingly so it must be what I wanted. My mind was conflicted.

The voice in my ears seemed to get more insistent and I found that I couldn’t focus on anything. The voice was telling me to embrace the pain I was feeling and to use it to become the slave I was born to be. The more I listened the more I craved the pain. I tensed my asshole around the plug to get the maximum effect and I found myself tensing my hole in time to the message from the voices. I found myself squeezing harder to try and get every morsel of the pain I needed to make Him happy.

I savoured the burning feeling from the gel. I didn’t sleep that night suspended high above the crowd, as I moved further along the path to make me the slave IslandMasterUK had decided I was going to be. Ultimately, I was now a passenger and I was going wherever the train took me. 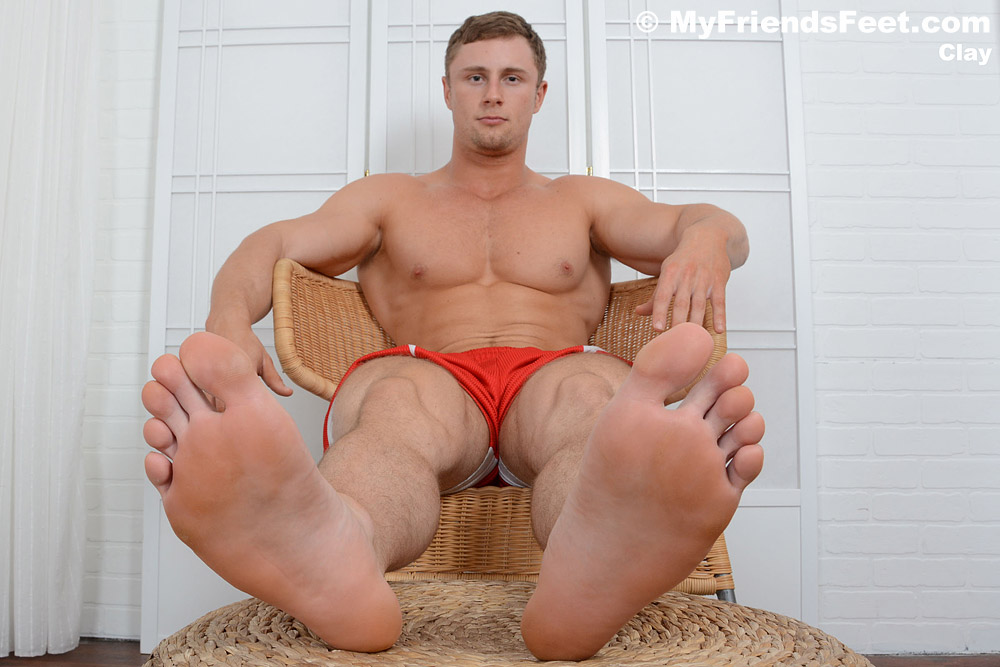