In the dry hills of California, water is the factor that determines success or failure.

In June, the last wildflowers have gone to seed and the grass in the meadows is gold, dry and brittle. The brush begins to take on a grey tint, and even the huge oaks drop leaves under the hot sun to preserve their lives through the six months without rain. The valley beyond the Bear Trap Ranch begins to resemble a parched African savannah, and one might almost glimpse zebras and elephants milling in the midday heat ripples rising from the valley floor.

The importance of water had already been drilled into the slave over this first week at the Bear Trap. Drinking water had been carefully measured out and even showers had been a lesson in submission. At the end of each grueling day of hard labor, the slave had been dragged over to the outdoor shower set up at the edge of the small fenced garden surrounding the tiny cabin where the Captain lives. In the slatted wood floor of the open shower was a metal ring to which the slave would be chained by the neck, on all fours. As the Captain soaped and washed himself in the cold water raining down, the slave would have to wash himself as best he could. The slave struggled to clean away sweat, dirt, concrete dust, cum, piss and whatever else the slave had encountered that day. All the while the Captain straddled him, naked, bathing and watchful of any missed dirt the slave failed to wash away. The Captain showered very quickly to conserve the few thousand gallons that the ranch well was able to pump into a huge metal water tank resting in a hollow about an eighth of a mile up canyon. That tank provided water for showers, drinking and for the two steers and the horse, irrigated a vegetable patch all around the cabin. Plus many tiny fruit trees that the slave had just dug holes for in the hot summer sun. The thin apple saplings needed a dose of water delivered slowly and carefully each day, and the slave had already felt the whip several times for being careless with the cans of water he hauled to each baby tree.

The slave had little time to reflect on the importance of water today, even though he was bound spread eagle against the massive hot metal side of the water tank baking in the midday sun. For today was the day that the Cadre had arrived.

Right now, he could only hear them chatting and laughing about 10 yards away as they drank and smoked cigars under the shaded wooden arbor the slave had been forced to build in the days before. The slave was spread eagled across the water tank’s side, hooded completely, his head baking inside the black rubber. The collar around his neck was locked to a ring on the tank, and his balls and cock — freed from the chastity device for the first time in a week — were tied off and pulled down to another ring bolted between his legs at the base of the tank. Attached to his nips were two electrified clamps cutting into the thick stretched pec meat slabs, while a pair of electrified rings gripped the base of his balls and the top of his shaft, standing painfully hard and constantly dripping juice down his legs to the dust. Another electro probe rested in the slave’s tight, clenched asshole.

The slave was panting and moaning into the gag in his mouth, his massive muscled body flexing and jerking involuntarily with each pulse of electricity through the various electrodes.

Sometimes the intensity was a steady pulse, others were quick jolts ripping through his tortured sweaty nips. Each jolt forced the slave to yank the chain stretching his balls and his cock jerked and spurted more juice.

The controls for the electro unit rested on the table among the drinks and food and cigars of the gathered men, seven altogether. Two were clad in desert BDUs, one in an all-black leather uniform, one in the tight khaki of the California CHP and tall boots, and then the Captain in dark blue and tall black harness boots showing under his pant leg. All of the men were powerful, strong and muscled, relaxing in the shade to share in the sadistic game that the slave was enduring. Resting at their feet were two naked muscled slaves, one about 25 and the other about 40. The leather officer’s boots rested on the back of the older one. This collection of soldiers, LEOs and firefighters were part the Cadre.

The leather-clad man was a massive, bearish man with smooth white skin that contrasted sharply with his shining black leather uniform, which was tight against his thick chest and arms. He set down his cigar and reached for the electro remote in the middle of the table. The others glanced at him casually.

“Seven,” he said and laid down his chips. The others laughed and looked over at the slave as the leather man turned the knob.

“Uggh, uhhhnnn! SIR! Please! Aaagh, uh! Please SIR!” he was able to beg through his gag. The slave’s cock jumped as the electro pulses throbbed again and more juice spurted out.

“Nine,” barked one of the soldiers and grabbed the remote, eager to inflict the slave with a heavy dose of electro. He ramped up the pulse and the slave bucked and screamed, dick juice and sweat splattering out across the dirt and the hot metal. The soldier had set the remote on a pulse setting as well and now the slave’s nips balls and cock were being shot with intense throbbing sensations. The slave had no choice, his hips began to pump even as his nuts were stretched and tormented. The slave moaned and panted as his cock was mercilessly pumped with electricity.

The Cadre roared with pleasure and the men’s cocks swelled in their uniforms and leather. The soldier would get the slave tonight!

The Captain let the slave buck and scream for a while longer on the Nine setting and the slave pumped another load out of his tortured cock before he sagged exhausted and whimpering in the setting rays of the sun. The slave’s skin showed dark now under the shine of sweat, where a week ago it had been white. Already some of the work was showing on his huge biceps, triceps and legs. Also the pec meat was more striated and cut and his abs were starting to show lean under his skin, ripe for the gut punching workouts the Captain enjoyed.

The Captain took the gag out of the slave’s mouth and held up his chin to drain cold water down his throat. He then fished some pills out of His pocket and washed them down the slave’s throat, massaging his neck until he swallowed and gasped. The men had walked away with the two slaves back down to the camp as the Captain whispered words to the slave. The soldier and the patrolman remained.

The Captain unshackled the slave from his ordeal and let him fall to the ground, barely able to move in the dust. The slave moaned and rolled onto his back. The Captain opened his mouth again and poured more water down his throat until he sputtered and moved a bit.

“6 a.m.,” was all the Captain said to the soldier, who nodded and shouldered the massive slave’s body on his own strong shoulder and walked away, carrying the slave.

“You will be my boy from now on,” the Captain said, and Levi gripped him in an intense embrace, khaki against blue. Their muscled bodies gripped one another, and the kiss was as electrifying as the slave’s torture. 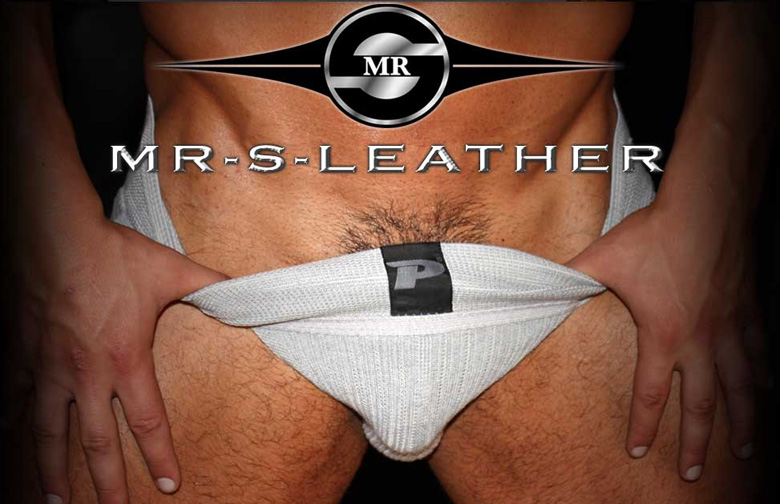