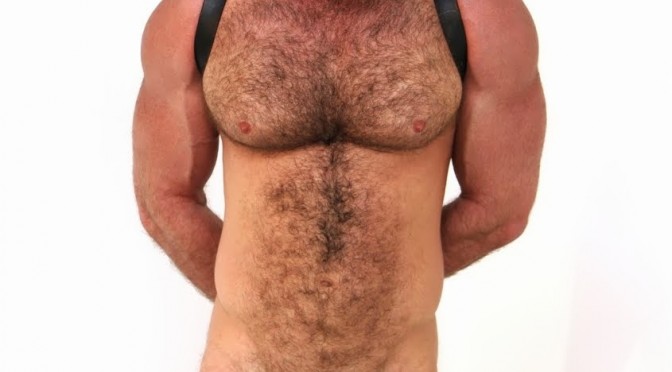 Everyone, especially those of us who are into kink like leather, rubber, bondage, SM or any of its derivatives has a particular set of fantasies that usually evolve from experience to the nest. There are those fantasies that persist even after experience or multiple similar experiences.  Sometimes I feel like I lose interest in everything.

There was a Leo Ravenswood drawing that I wish I could find again.  The drawing was of a guy bound to a stool.  He wore a head harness that was tied to the closet rod above his head.  His arms were tied behind his back.  Another man reached into the closet to deposit his cap on the shelf above his captives head.  My partner (Master at the time) didn’t understand the psychology behind long term bondage at the time but we cleared out a closet on the third floor of our house and played out the fantasy many times.  He eventually perfected the situation so that I could barely move and an accident would be nearly impossible.  I could put myself into this bondage predicament if I felt the need.  I relied on Master to free me.  A friend named Chris lived with us. Although he said he wasn’t into kink, we could rely on him take care of the house and occasionally me when I was in trouble.

What I liked about this particular scenario was the idea of being stored like an object.  There was one day when the predicament turned from play into a sort of reality.  Master’s cousin came to visit that day and Master wanted me out of site while he was there.  Master took me up to the closet that morning and locked me away until almost midnight when his cousin left to catch his red-eye flight. It was the longest time that he put me into storage.  I actually felt like an object late in the day as I became tired and bored.

To get to this level in our relationship took time and trust.  We also had to reach the level where one of us really submitted to the other.  We also reached the level when infatuation was less of a driving force in the relationship than love and respect for each other.

So the reason that I am writing this is the picture that appeared on the Metal’s blog.  It is almost an exact situation that I lived out for several years.  Sometimes I was bound and told to stand quietly in a corner of a room.  Sometimes I was bound that way and left in the horse barn with a wood dowel under my arms to hold me up if I became too fatigued to stand or fell asleep.  It kept me from accidentally hanging. I was easily accessed while in the house.  Master loved spanking more than any other kink. The ottoman in front of his chair stored his favorite spanking toys.  He had me lay over his ottoman while he watched Television and took out his hatred of commercials on my ass.  He also removed the gag from the head harness and “fucked my head” as he called it.  I was also helpless when he wanted to fuck me.

I got tired of being bound almost every night but his was his idea.  To get what I enjoyed I submitted to his enjoyment.

So this picture stimulated me in such a way that I could feel my body chemistry react in the same way that it did in our early days together.  It was fear, adrenalin, a drop in blood pressure, hopelessness, excitement, dick stiffening, boredom but most of all it was the feeling of actually fully committing myself to Master enough to completely submit to him.