I did what I guess everybody does, the first time he’s put in a cage.  I stood at the bars and wondered how to get out.

I needed help!  But who could help me?  My brother?  Not interested—except, undoubtedly, to cash in on my property.  Major Timmons?  I’d seen how that turned out.  Roger?  I didn’t even know his full name.  And there was no way to reach him, even if I did.  And when you thought about it . . . .  To hear him talk, he had contacts everywhere.  He knew all about St. Bevons.  He knew Major Timmons.  He had a reason—not a good reason, but a reason–to get back at me: I’d stiffed him on his plan to take this wonderful vacation together.  Fuck!  Did he have some connection with all of this?  Was it possible?  But if he had . . . If he had, what could I do about it?

“Nice shirt!” somebody said.  It was a young white slappie.  He was sweeping the walk, and he’d got as far as my cage.  Next to him was a young black slappie, doing the same.  They stopped and leaned on their brooms. “Nice shoes too,” the black guy said.  “Pret’ soon, though,” said the white guy, “he look like us.”  The black guy gave me a thoughtful glance.  “You fucked, dude,” he said.  They started sweeping again, laughing.  After a while, they got to a corner and turned and were out of sight.

Pret’ soon after that, the cops returned, unlocked the bars, and pulled me into the bungalow.  There were slappies in there.  One of them was doing something in the next room.  The other one was standing to receive his orders from the cops.  Nobody was paying any attention to me.

“OK, Malcolm,” a cop said.  “You done doin whatever shit you two was doin?”

“We was checkin with you sargun, boy.  You lef’ him long time ago.”

“An we come here sir.  Ceptin thee Major want some a our time sir.”

The cops passed a look back and forth.  The first cop had just taken my shackles off.  The second was taking off my cuffs.

Malcolm was a young black guy, very cute.  Like the two slappies outside.  Easy to see what kind of slappie they liked having around there.

“Yes sir.  But this one mighty ol’ sir.”  He gave me a malicious grin.

“None a you business, boy.”

The cops snorted and left.  Malcolm’s body uncoiled lazily from “attention” to “at ease.”  “Hey,” he said, without turning.  “Bet’ get out here now.  We got a customer.”

The other slappie came out of the shadows.  It was a white guy—it was Jojo!  The Major’s servant!  There it was on his shirt: “My Name Is Jojo.  How May I Serve You?”

His face was lit by an encouraging grin.  “Sure I know you.  You thee big guest that thee Major takin roun here ‘bout two days back.”  The stilted, college-correct Dutch intonation could still be heard–engulfed by thee islan’ talk.

“I gotta a question for you,” Jojo said.  With Major Timmons in the room, he had been as solemn as a church.  Now his face opened into a smile, a radiant smile, a gorgeous smile, a saintly smile, and he said, “Enjoyin you life as a slappie, boy?”

The smile turned into a chuckle, then a laugh.  A very happy laugh.

“Right.” Malcolm said.  “Gonna get you fixed up here.”

Yes, this would have been the living room.  Front door, fireplace, small bay window.  Now totally empty.  Except for a faded yellow X painted on the floor.

I walked across the room and stood on the X.

“Malcolm tell you to strip,” Jojo explained.  “Meanin off with you clothes dude.”

Piece by piece, my clothes hit the floor.

“Now throw all that ol’ shit in there,” Jojo ordered, pointing to what must have been the dining room, and an old trash can sitting inside it.  The thing was only a few feet away, but I was naked, and it felt like a long trip.  I scooped up my clothes and held them in front of me, then dumped them and walked back, holding my hands over my junk.  “On thee X again,” Malcolm said.

Jojo was leaning against a wall, watching. “Whaddaya think?” he said. “You or me?”

“I ain’t fuckin with somethin THAT ol’!” Malcolm said.

“Not what I want neither,” Jojo said.

“One a us gotta do it,” Malcolm said.  “Jus give it thee EEZY search.”

“Sure,” Malcolm said.  “You gotta get SOME fun outta this.”

Five minutes later, every orifice in my body had been ransacked for illicit goods.  The last act featured my ass, Jojo, and a blue plastic glove.  It lasted a long time, and was repeated, just to make sure.  They say that the Dutch are meticulous, and they’re right.  This was clearly a part of his life that Jojo could enjoy.

“You knew bout this shit when you volunteer?” Malcolm asked.

“I learn a lot since then,” Jojo answered.

“OK boy,” Malcolm said.  “Time you stop stinkin thee place up.  Through that door, down thee hall, into thee john, shower it off.  Hike!”

Whoever had once inhabited the house had installed a shower next to the shitter.  There had once been a door on the room and a curtain on the shower, but now there was nothing but hinges and curtain rings and a fragment of yellow soap.  Bars had been added to the window.  The “warm” handle wasn’t working, so I didn’t need to be told to hurry.  “Here,” Malcolm said, throwing me the smallest towel I’d ever seen.  “Dry you ass.”

In the center of the dining room was the usual family table, but family activities were different from what they must have been in the past.  I was placed on an X at the foot of the table; Jojo sat at the head, surrounded by computer junk, and pounded on something that looked like a laptop.

“Fuck!” he said. “You call this a muhthuhfuckin SIS-tem?  Look at this, mon.”

Malcolm hovered over his shoulder.  I stood dripping on the spot where many others had stood, naked and dripping.

He wasn’t in a good mood; I was scared not to obey.  I didn’t want another session with Jojo’s hand.  But when you’re told to bend down, and nothing happens, you wonder about the range of possibilities.  Then I felt something slithering around my neck.  “17 inches,” Malcolm muttered.  I heard him rummaging somewhere in the room.  There was a clinking of metal objects.  “Ready?” he said.  “Guess so,” Jojo answered.  I heard the tap tap of a keyboard, then a whirring and chucking that came from some more robust machine.  Finally there was a sound like you hear in your head when you bite down on something you shouldn’t have put in your mouth.  Some very hard kind of food.

“Sir yes sir,” Jojo laughed. “Nice hearing from you sir,” and I heard the laptop shut.

I saw two semicircles of steel, hinged together.  At least there must be a hinge that connected them, because Malcolm could wiggle them and they didn’t come apart.  “See that?” he said.  He was pointing at one end of the object.  “That you name now.”

I looked where he was pointing.  All I saw was a line of numbers stamped in the steel: 21338.

“They all sayin that!” Jojo said.  “An it always funny!” Malcolm added.  They were both laughing hard, but Jojo was laughing harder.  “An best thing is,” he said, “this one already know bout all this shit.  He jus dint think it apply to him.  What you want, boy?   You want me to stamp it Mr. Thomas Lansing, Esquire?  Couple minutes back, I open you file an deleted that dude.  Now you 21338, boy.”

“Yeh, that you name now,” Malcolm said.  “Better be gettin use to it.  Better start now.  Say it five times.”

“I SAID SAY IT FIVE TIMES.  Dude, ain’t got time to mess with you.”

I recited the number, five times, reading it off the steel.  “Now from memry,” he said, laying the thing down on the table where I couldn’t see the numbers.  “Five times.”

I stumbled through the first two.  The last three were easier.

After I’d said it about 20 times, he picked the thing off the table and stepped closer to me.

“You needa remember that, boy, cuz you never be able to read it again.  Bend you neck.”

I stood still.  I’d had enough.

Every muscle in my body clenched.

I heard Jojo’s chair scrape back and his boots thump on the floor.  Now I had them on each side of me.  “Yeh we are,” Jojo said.

He was pointing the thing at my neck.  It reached out like a giant claw, and I held up my arm to smack it away.  Then they were on me.  Jojo went for the rear, caught my arms, and pulled them behind my back.  Malcolm came at me from the front and got me in a head hold.  I went down, trying to break their hold, but the more I squirmed, the harder my body was wrenched.  It was two against one, and they were 15 years younger than I was—no contest.  I was out of strength in 60 seconds.  I felt the hard, cold thing slipping relentlessly onto my neck; I heard the snap of the lock that finished it. 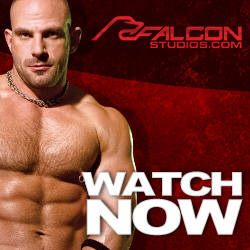