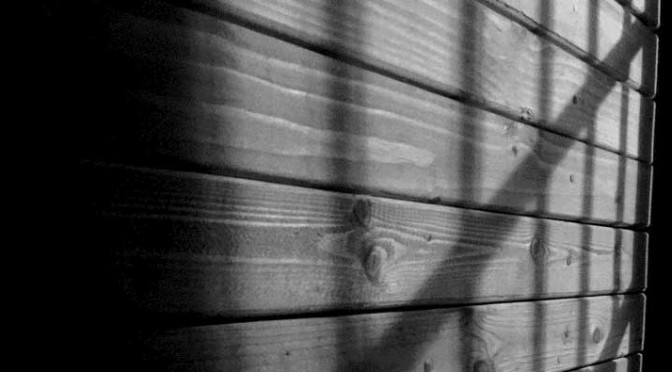 The events portrayed here actually happened, with a few embellishments on my part… Was it real, or was it all in my mind?

Due do bad weather on the east coast my flights were delayed and I would arrive in Ontario CA two and a half hours later than what was originally scheduled. I immediately contacted Rockview Mental Institution so that the car they were sending to pick me up would not be waiting for extra time. I sent a text message of my flight’s arrival while the plane was still on the taxiway and received a text back that two representatives from the facility would meet me at baggage claim. I had expected a driver holding a sign with my name on it, but instead I was met by an orderly dressed in white hospital scrubs. After confirming my identity, Mr. Bind (all hospital personal are addressed by their surname) stated that he had instructions to take me into custody on a 5150 psychiatric hold, a seventy-two hour period of observation at the Institution.

What? I had thought that I was visiting the Institute to observe at the facility, not be a patient, but being in public I did not want to make a scene and meekly allowed him to escort me outside to a waiting white transport van.

Doctor, the other orderly, also dressed in white scrubs, and Mr. Bind quickly relieved me of my carry-on and backpack. The double side door was opened and I was surprised to see a metal cage of a prison van; the cage door was unlocked and I quickly climbed into the prison transport vehicle; I did not want to be embarrassed being seen getting into the rolling jail on wheels. The cage was shut by Mr. Bind, who entered right behind me. Doctor closed the outer doors and quickly drove the van from the pickup area. Mr. Bind ordered me to remove my sports coat, tie and belt. Within a few moments we stopped in a secluded area of the airport: Doctor came around to open the outer doors and the outer cage door to take my confiscated clothes from Mr. Bind, who then proceeded to circle my waist with a belly chain with handcuffs attached to the center front and padlocked it closed. I was ordered to place my wrists in front of me and the handcuffs were snapped closed. An attached chain lead from the cuffs down to leg irons, which Mr. Bind locked around my ankles, making a very effective hobble. Both handcuffs and legions were double locked, and I was — as Mr. Bind put it — screwed. Mr. Bind told me to slide to my left along the narrow padded bench seat up against the left wall of the cage and he pulled a seatbelt around my lap that clicked shut with an ominous sound of finality. He then swing closed the interior door of the cage locking me in a very narrow “cell.” The only movement I had was about six inches side to side. There were now two locked doors between me and the side doors of the van, and Mr. Bind just next to me on the other side of the interior cage door. He informed Doctor that I was secured for transport, and we left the secluded area. For some reason going through my mind was the refrain “They’re coming to take me away, ha haaa!…”* Chained up in prisoner transport restraints, locked inside a double cage Doctor, Mr. Bind and I had a seemingly causal conversation during the hour drive about geology of southern California’s multiple fault zones and associated earthquakes, freeway construction that could delay our trip and the weather. I now know that Mr. Bind and the doctor were evaluating my conversation with them to determine my mental condition. During the drive I decided not to challenge Mr. Bind as to why I was being detained against my will until we arrived at the Institution. I thought I could reason with the people in charge, not with some underling. I did not see much during the drive; it was dark and the holes in the cage limited my vision of the passing scenery. In reality, I had no idea what direction we were traveling or where we were going and, even today, do not know exactly where the Institute is located.

The van arrived at the facility and parked; Doctor came around to unlock the van’s double doors and outside cage door. Mr. Bind, without comment, unlocked the second cage door and opened it. My seat belt was unlocked and Mr. Bind instructed me to slide to my right. It took both the Doctor and Mr. Bind to assist me out of the van hobbled as I was. Holding me by my right elbow I was ushered along a sidewalk by Mr. Bind to a side steel door of the main building. It was difficult walking in leg irons with my hands locked to the center my waist and the chains rattled loudly. In side the building I was ushered through a narrow hallway to a large, carpeted room painted in institutional colors of green. On the far wall to the right was a jail cell door labeled “Holding Cell 4.” The iron bared cell door unlocked and pulled outward into the room. With physical encouragement by both orderlies, I forced into the cell whose interior was solid wood floor, walls and ceiling. The cell was about three feet wide and six and a half feet deep. I was moved to the back of the cell and turned around. I looked for a chance to escape, shacked as I was, but Mr. Bind at six feet was between me and any possible egress; behind him at the entrance to the cell was the Doctor, who was even taller. I was frisked and the contents of my pockets were removed.

Working as a team, they proceeded to remove the transport restraints. I was ordered to sit on a bench at the back of the small cell. Using two pairs of handcuffs, my wrists were handcuffed and my ankles leg cuffed to the side walls of the cell. Mr. Bind and the Doctor exited the cell and locked the iron door. They disappeared for about five minutes, leaving me alone and bewildered as to what was happening. I could hear them talking but was not able to understand what they were saying. Both of them came back and started to ask me simple questions: who was the President of the United States, what was the year, what year was I born in, how old was I and, it seemed, they too quickly determined that I was delusional even though I had answered the questions correctly. Mr. Bind then informed me that I was to be held in the high-security section at the hospital for observation and evaluation. It was their conclusion that I was a danger to myself and others and would be kept in restraints under lock and key at all times. They would be back in a few minutes to process me into the institution and take me to my room. I reasoned that any outburst on my part would only reinforce their conclusion that I was dangerous and out of touch with reality, so I kept quiet. I pulled against the handcuffs and legions attached to the cell walls, but escape was impossible. I continued to look for any opening to get away from this place.

I would not be able to talk my way out of the commitment with the orderlies, I needed to talk with someone with more authority. But it was after midnight and that would not be tonight. When the orderlies returned, Mr. Bind unlocked the cell door and proceed to unlock the handcuffs. He ordered me to stand up and in their place he placed a leather belt with two attached padded leather cuffs around my waist, locking it at my back. He then placed my wrists in the cuffs, adjusted the cuffs to fit tightly and pushed the strange lock closed. Only then did he remove the leg irons and replace them with padded leather cuffs locked around my ankles; the cuffs were attached to each other by a triple leather strap of about 12 inches in length that made walking difficult, and I was pulled out of the cell by the leather belt and led down a hallway, passing through two locked doors and into a hospital room on the left.

My restraints were removed and with both Doctor and Mr. Bind standing in front of me, I was ordered to strip down to my underwear. With both of them watching me like a hawk, I removed my shoes and socks and was directed to place them into a plastic container to my left on the floor; I took off my slacks, folded them and placed them into the container. My shirt was last; it was taken to be cleaned at the hospital laundry. I stood there in only my boxers. The Doctor then handed me an orange and white two-piece stripped jail uniform left over from the last “guest” prisoner who had occupied the hospital room. I pulled the elastic waist pants on quickly and then pulled the shirt over my head, seeing it read in large black letters “SCDC” on the back. I was handed white crew socks and sat down on the hospital bed to put them on. Acting quickly, both Doctor and Mr. Bind pushed me down on the bed on my back. They placed non-padded leather cuffs around my ankles and wrists. Leather straps were attached to the cuffs and then locked to the sides of the bed. Mr. Bind pointed out that the door of the room was locked from the outside; even if I could escape my restraints I would not be able to open the door. The light was turned off and as he closed the door, Mr. Bind said he would check on me at unannounced intervals during the night. The door was closed and I was left in the dark, tied to the bed, feeling confused and angry. Sleep did not come, and I was uncomfortable being tied to the bed. I examined the cuffs around my wrists with my fingers and found there was some space that I might be able to, with effort, slide them off. I did the best I could to narrow my hands, and over the next half hour I was able to free my right and then my left hand. Success. But, despite my best efforts, I could not find a weakness to exploit at my ankles and they remained bound. Mr. Bind caught me examining my ankle restraints when he opened the door. He gave me a stern look and asked if I needed anything. I responded I needed to use the toilet. It was obvious that I had slipped out of my wrist restraints but Mr. Bind did not say anything at that time. I learned the next day that there were consequences to be paid. He released my ankles and I was escorted to the toilet next door. I was allowed to close the door to do my business in private and, when finished, I opened the door. Mr. Bind was standing in the doorway. He walked me back to the hospital room without my being prodded. Mr. Bind re-secured my ankles but left my wrists free. I quickly fell asleep and slept for about five hours.