Hour after hour Alex turned the generator handle in total darkness; sensorily deprived except for jolts of electricity surging through his balls, some tickling and some agonising depending upon the voltage being produced. Throughout this torment he was aware that his cock for the most part remained rock hard. The more he thought about his situation the more it appealed: his was now a life of abject sex slavery, having to satisfy three brutal masters as and when they desired.

He even found the prospect of being severely beaten this evening exciting, as were the not-so-tickling belts of current that his genitals were suffering every few minutes. How much more physical abuse could his body and mind take? His sexual appetite seemed insatiable.

The more he thought, the slower he turned the generator handle until Zapppp! He grunted as the electricity fried his balls. More electricity…more zapps…more…He roared as he orgasmed once again, followed by a very short period of euphoria until he sensed his cock hardening once again.

He was milked once again, this time by Andy but failed to produce any ejaculate. This was despite James working his already excruciatingly sore nipples, which very often had the desired result after several minutes of agony. Andy said, ‘What’s wrong with you boy? Normally the threat of a whipping gets you rock hard!’

‘I think you will receive sufficient, particularly at the hands of my big brother, slave.’

‘He’s a few years older than me, boy; he used to whip me then fuck me when we were teenagers. Like me, he’s done bodybuilding so he’s strong and heavily muscled. Even now he still shags me and occasionally James when we all workout together. Believe me, you think Steve is big. add three inches on then you’ll get Al! He will stretch your hole boy!

‘He actually works as a personal trainer at our gym. Has the pick of all the lads who are members!’

Andy then stripped naked, unshackled Alex and instructed him to complete one hundred press-ups, with Andy lying on his back on the floor, with Alex’s mouth juxtaposed over his cock (he completed seventy) then one hundred sit-ups (this time with no cock to suck).

Alex was made to generate electricity for another hour in the dark then the light came on and Andy, Steve, James and huge black muscular man entered, all completely naked. He gasped as he caught sight of the musculeman’s erect penis: some three or four inches longer and much thicker than that of Steve.

Al just grinned and walked over to the wall and selected a short single tailed bullwhip. He cracked it a few times in the air then said, ‘Get this slave shackled up! I want to fuck his arse first then give him a beating!’ He then handed the whip to Steve, telling him that it had the right “balance”.

Dutifully, his brother released Alex from the generator seat and led him over to the wrist shackles. Resigned to his fate, he raised his wrists up allowing his captor to secure him.

Meanwhile, Al had fitted a condom over his penis and appled lubricant, gasping as he worked his hand up and down his huge shaft. Without a word, he squeexed some more gel into his index finger and worked it up and down Alex’s anus. When he had satisfied himself that he had applied sufficient lubricant to both himeself and to Alex he entered him with a lunge, causing him to cry out in pain. ‘Shut the fuck up slave!’ Al shouted as he fucked harder and harder, holding onto his victim’s waist to achieve maximum penetration. he orgasmed after only five minutes or so then withdrew, pulling off his condom and emptying the contents into his hand then wiping it over Alex’s face.

Steve handed him the whip. Getting into position just to the left, Alex tensed himself ready for the first lash. ‘Count, slave,’ said Al, ‘If you mis-count, we begin again!’

Al delivered each subsequent stroke to different areas of his victim’s back with some being deliberately aimed at already striped flesh. Alex howled in agony but did not forget to count.

By the twentieth stroke Alex was moaning, barely being able to voice the number of counts. His back by now was a mass of red stripes and cuts, with blood trickling freely down his back and into the crack of his buttocks at the base of his spine. However, his cock had remained rock hard throughout his ordeal.

It was Steve’s turn. He had selected a cat o’ nine tails made of twine, with knotted ends. He also instructed Alex to count.

Slap! Alex writhed as the cat sliced into his buttocks. ‘One Sir!’ he said through grtted teeth. The second particularly painful stroke caught him just below his asscheeks, where the crease in the flesh was at the top of his legs. Alex screamed ‘Two Sir!’

After the tenth stroke, Steve said ‘I think we can spice this up a bit. What about the cane? What do you think slave?’

‘Do whatever you think Master,’ Alex replied through gritted teeth, ‘Whatever! I deserved it Sir!’

Al then handed Steve a vicious looking rattan cane. Holding it up to Alex’s mouth he said ‘Lick it Slave! Kiss it and respect it! it’ll soon be kissing your buttocks!’

Alex did what he had been told, kissing and running his tongue up and down the cane’s length. The utter humiliation Alex felt by carrying out that act made his cock so painfully erect he thought it might burst. Steve once again got into position and delivered his first cut, again just below his buttocks, to an area that had already been inflamed by the use of the cat o’ nine tails. ‘Aaaaagh!’ He screamed, ‘Eleven Sir! Beat me hard!’

Steve delivered all his ten cuts with the cane, leaving Alex’s buttocks heavily striped and bleeding. ‘Thank you Master!’ He said through a ragged breath.

James fetched a steel spreader bar and with Andy’s help secured Alex’s ankles to each end, some four feet apart with the aid of stout cable ties, leaving his body suspended in a sort of X shape. ‘This will enable me to whip the inside of his thighs.’ He said to his companions. He then went over to the wall and the bench containing the whips and canes, taking care to select one that would be suitable. Settling for a single tail, some two feet long, he delivered the first lash to Alex’s right inside thigh.

‘YYYaaaaagh!’ screamed Alex ‘O-o-one Sir!’ he stammered, a fiery red and black stripe appearing on the sensitive flesh of his right thigh.

Crack! ‘Two Sir!’. The punishment continued until the sixth stroke when Alex ejaculated with a yell, sending his sperm several feet into the air. ‘Aaaagh! S-six Sir!’ he continued, his cock already starting to swell once again.

James completed his punishment then handed the bloodied whip to Andy, already fondling his penis, aroused by the sight of the young man’s perfect body writhing under the punishment. Without warning he smote Alex’s left inside thigh, cutting the soft flesh. However this time there was no acknowledgement from the victim. He had fainted. James waited until the wet sponge that Steve applied to Alex’s face brought him round. ‘I’ll start again!’ He said, cracking the whip a few times in the air.

This time Alex remained conscious, counting the ten strokes in all.

‘There slave,’ said Steve, ‘Sixty lashes for trying to escape and for causing us all this bother! however, we haven’t finished yet!’

Alex did not respond; he was semi conscious and totally exhausted and spent.

‘Aaaagh! No Sir! Use my body for your pleasure and profit, Master! Punish me please!’ replied Alex. 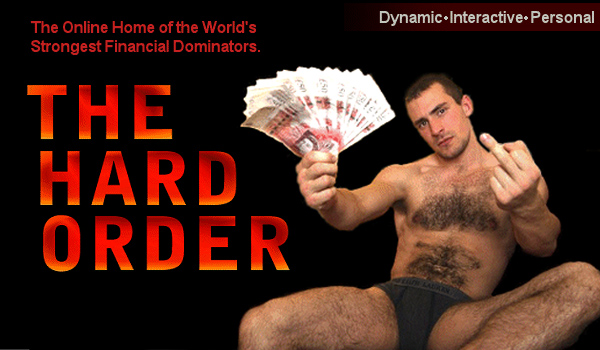