Ride Along as a Prisoner Part 4 – City F Detention Center

I sat on the prisoner bench with my hands cuffed and feet shackled to the steel bar. The only thing I can do is to watch though the bar windows of vehicles passing us. In about an hour, the wagon gets off the highway and starts entering F. The city traffic is not that bad as compared to G, and in 10 minutes on the busy road we reach a building with a pair of solid metal gates. I looked out of the window, there is a sign saying “City F Dentention Center.” The wagon is pointed directly at the gate, so that the CCTV can scan and check its license plate. In a minute, the gate opens automatically and the wagon enters the detention center. I heard some mechanical sound and saw the gate closed behind the wagon. The vehicle parked in a designated parking spot and the engine stopped.

Both officers get off from the driver’s compartment, and one went inside the building with some documents in his hand and also a set of transport restraints, the same kind that I am wearing now. The other office opened the rear door of the wagon to allow some fresh air before he stood near the wagon to have a smoke. There were a few persons walking by the wagon, some in uniform and some in plain clothes. Some of them say hello to the officer and have a chit chat. When they walked pass the rear door, most of them looked inside and saw me in handcuffs and shackled to the steel bar sitting there. A shackled prisoner is nothing new to them, so they just have a glance and walk past.

In about 15 minutes, I saw the officer who went inside the building come out of the door. Together with him is another uniformed officer holding one guy in his suit and shirt restrained in the same way like myself. I am not surprised that he is not in prison uniform as we both were just arrested persons and haven’t gone through court procedures, so we are wearing our own clothes. This guy, I call him jailmate, looks like he is not used to restraints, he didn’t know how to lift the connecting chain to reduce the dragging pressure of his ankles. He is walking in small steps in a very uncomfortable way. When he reaches the rear door of the wagon, I have eye contact with him and he immediately lowers his head. My officer friend then signs some papers, and together with the detention officer, they helped jailmate up onto the wagon. After he sat on the bench opposite me, another set of handcuffs were locked onto his shackle chains and the steel bar. The sliding gate was closed and back door was locked, both officers went back to the driver’s seat and we are ready to leave the detention center and head back to G.

Metal would like to thank the author, asiancuffs, for this true story! 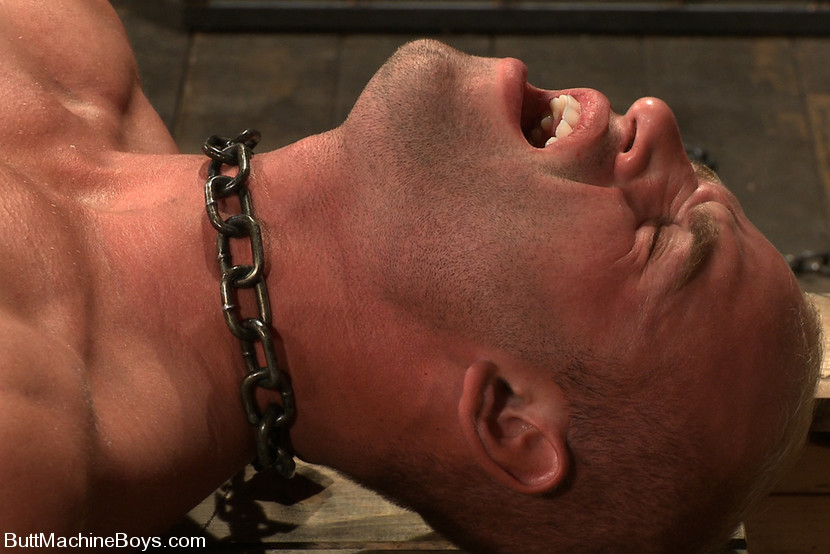