James sneered at Bob and said, “He probably wants to sniff my Speedo, preferably with me wearing it.”

Later that night Bob and three of his friends snuck into the natatorium knowing James liked to train in private. They snuck up on James from behind when he was walking into the dressing room from the pool, grabbed him and quickly overcame him, tied him up and gagged him. They then wrapped him in a blanket so his thrashing about wouldn’t cause him to hurt himself.

They backed a van to the door of the natatorium and quickly spirited their captive into the rear cargo unit, where Bob climbed in afterwards. He told James what was in store for him — that he was a member of a gay bikers gang and they had a clubhouse in the woods that they were taking him to, to teach him a little lesson in humility.

Once they arrived and carried him into the club they put him on the floor in the main room and removed the blanket, so James could see where he was. He immediately saw there were about 15 men all dressed in leather surrounding him, and there were chains suspended from the ceiling above him with leather cuffs on them, two sets on each side of a beam on the ceiling about 4 feet apart. Suddenly a group of the men gathered around him, lifted him and began untying the rope that had bound him. As he struggled when freed, there were hands to grab his legs and his arms, and he was immediately subdued again. They lifted his legs and clapped his ankles into the front pair of the suspended cuffs, and another group of them did the same with his wrists.

Once all four of his limbs were cuffed, the men released James and he was now suspended, his right ankle and wrist clipped onto the same link in a chain on one side, left ankle and wrist clipped together on the other, but spread about four feet apart so his torso was almost horizontal and his underside was front and center facing the crowd of men, about four feet off the ground. A couple of men then tied more rope around each arm and leg on both sides so his limbs were now bound together as well as suspended, precluding ANY chance that James could pull his legs together.

Of course James was wearing nothing but a SPEEDO, and in this position his thighs and upper legs were bare, and there was nothing but a strip of nylon between his legs, and the bulge of his balls were jutting out prominently through the thin nylon. The humiliation of being bound, gagged and suspended in this position, in nothing but a skimpy bikini, and surrounded by all these fully dressed men, was excruciating and degrading. However, the sense of extreme peril at being the helplessly bound in this extraordinarily vulnerable and sexually provocative position, in nothing but a sexually provocative Speedo, and surrounded by a gang of leather-wearing sadistic gay bikers, was off the charts. It wasn’t just that there was one of him and 15 of them, but he was only wearing a stupid little bikini and they were all dressed — in menacing leather! — but on top of that, he was bound and gagged, completely helpless, and they were surrounding him and holding whips and floggers. This was a gothic version of a true nightmare.

James looked around in horror as the men watched him, laughing and clapping when his incapacitation was secured. Bob stepped forward and took his fingers and very gently began caressing James’s legs up around his knees, slowly moving his hands downwards. “James, it looks like you are in quite a pickle of a situation, you and your wonderful physique and your tight little speedo.” He caressed the inside of James’s thighs, working his way downwards. “You were so cocky about how good you look in this speedo, and you were SO dismissive of me, that it really hurt my feelings.” His fingers closed in on the edges of the Speedo and the bulge of his balls, which Bob lightly tickled through the tight nylon. “Well, guess what, I am going to pay you back for hurting my feelings.”

The very tips of Bob’s fingernails were now skating around James’s underside and tickling his balls, dick and asshole through the Speedo. The feeling of his sharp nails through the tightly pulled material was electrifying, making it incredibly, frighteningly clear how vulnerable he was, and in such a diabolically sexual manner. James struggled and shook his head no, but he could do nothing, not even close his legs in an effort to escape Bob’s teasing fingers. “It seems that you are in your almighty Speedo and it is the ONLY thing that stands between you and… what?”

James watched as several of the men lifted floggers and whips to show him, and one with a single tail actually swung it to make a cracking sound. The men laughed collectively, and Bob said, “This is what happens when an arrogant swimmer insults a member of the gay SM Biker’s Club. And you know what else, we make it a point to capture our victim exactly as he was when he spoke his insult, so you are the lucky one to experience this in nothing but your tight little Speedo. Just think, if you had said something to me at a bar, you would have been wearing clothes, maybe jeans or something. But NOOoo, you had to insult me at the pool, when you were in the glory of wearing your tight little Speedo..”

Another man said, “Didn’t this swimmer make a comment about you wanting to sniff his Speedo? Well, I want to sniff his Speedo for sure,” and the man stepped up, bent over, and James could feel his hot breath as he shoved his nose into the material sniffing James’s balls and asshole, and James felt a tongue lick the crevice between the bulge of his balls and his thighs. James was apoplectically frightened and kept crying out “no” and “help me” but the gag muted his pleas… not that anyone would hear or help him out in this hidden dungeon.

Bob described some of the horrible things they were going to do to him, which included “making the Speedo look more normal by making it wet.” A man then handed Bob a glass of something, James couldn’t see what, but he could see that there was steam rising off the liquid. Bob slowly dribbled some stinging hot water directly on the top of the bulge in his speedo, and James yelled “NO, PLEASE, IT HURTS” again but it only came out as muffled moans. Bob tickled him again after doing this several times and his balls were sensitive from the stinging hot soaking, and again James was reminded how supremely vulnerable his most sensitive body parts were and how helpless he was, bound gagged and suspended by a gang of sadistic bikers.

And then the men cleared back and one of them handed Bob the single tail, and he started to swing and his aim at James’s defenseless, vulnerable underside hit a bullseye — right at where there is a seam in the middle of the thong of the Speedo — and the sting passed through the insiginificant material, and James’s frenetic thrashing achieved nothing, he was not able to shirk the stinging blows, he couldn’t close his legs, he could do nothing other than cry out for help in muffled silence as the men extracted their vengeance. He then learned exactly what the price to pay was for his arrogance about how hot he looks in a Speedo, and the horror of being so utterly helpless and vulnerable in JUST a Speedo when this group of sadistic bikers had the means and ability to kidnap him and bring him in for retribution.

Thanks to Speedobound for another hot story! 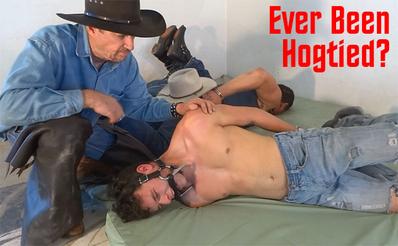