For a day that had ended so brutally hot, the night was painfully chilly.

The slave shivered and stared upwards into the dim dawn sky through the branches of a spreading blue oak. That tree, which provided shelter for the primitive cage, shaded the slave by day and sheltered his naked collared body by night.

But that tree was not his friend and did not move to ease the slave’s hard use and suffering.

The slave guessed it was about 6 a.m. and the sun was still not over the rim of the hills when he heard the Captain stir in the small cabin about 20 yards away. He appeared at the door, totally naked except for unlaced boots shoved onto his feet, two dogs bursting out of the door behind him. His hairy muscled body was deeply tanned with thick black tattoo bands on his forearms and shoulders. His body hair was also black and trimmed tight against his  heavy pecs and down his abs and legs. His cock was fully erect and he stepped out into the chill predawn easily.

The slave was now fully awake and staring but scared to move.

The Captain walked slowly over to the cage, his stiff cock slapping against his abs until he stood above the cage. Up close you could see the man’s dark mustache, sharp beard and hair flecked with silver. The slave was paralyzed with fear, still sore and cut from the long hard ordeal of the day before and the long hard raping that he experienced that night until he had passed out.

The Captain never looked down but simply gripped his stiff rod and bent it down towards the cage. A stream of hot yellow piss splattered the slave’s muscles and face. The slave sputtered but then suddenly he eagerly opened his mouth and accepted the stream. He moved quickly to his knees and pressed his face against the cage bars and tried to push his face up to towards the long slow piss stream. The Captain’s piss was dark and rich and he shuddered as he pushed out the last of the stream. He looked down now at the slave, collared, naked and chilled.

The slave looked deep into his eyes but then looked away, suddenly aware that he was no longer the man he was yesterday. He was now eager to do nothing more than to be used and to please. The slave began to shiver and quake as the first rays of sun hit the cage and he bent to lick up the last drops of piss on his own arms and legs.

The Captain reached into the cage and grabbed the slave’s heavy metal collar and yanked his face up to the bars.

“Lick,” he grunted deeply and pressed his still stiff rod into the slave’s face. The slave’s eyes widened in fear and he gagged a moment as his face made contact with the shaft of the hard cock. He tried to pull back but then began to lick, the Captain’s rough hand guiding his head up the shaft, then over the top, then down, and toward the warm shaved balls. The Captain’s nuts were large and sensitive and he groaned softly as the slave licked the dark shaved skin. He yanked harder on the collar and tipped his head back as the slave probed his tongue deeper under the sack and into the hairy crack between his legs. All the slave could see was leg and hair and he smelled the deep rich sweaty odor of the Captain. The slave’s head was pulled up again to engage the round balls and pushed over toward the left to worship his right nut. The slave could glimpse the Captain’s black boots spread far apart now against the cage. His cock was growing purple, the slave’s own cock was dripping a puddle of juice into the concrete cage floor and slicking his abs and legs. 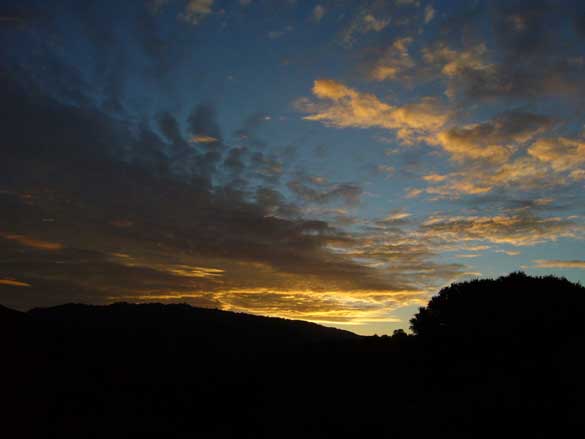 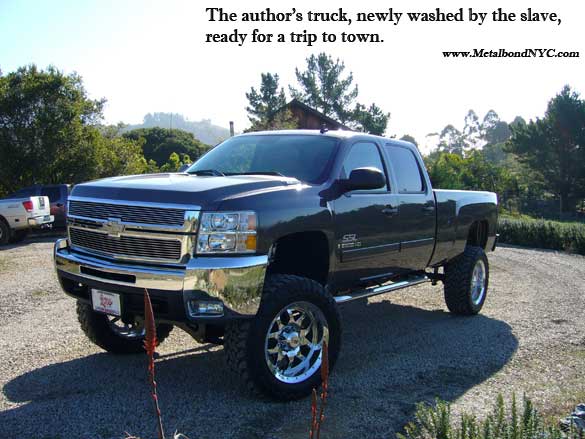 An hour later, the Captain was back, wearing his heavy black boots and thick Carhart work pants, a thick black belt with leather sheathes for cuffs, knife and police radio. He wore a sweat-stained cap and sunglasses. Hanging from his belt was a leather crop. He was shirtless and the heat was already rising in the ranch camp under the oak. One hand held a plastic water flask the other a bowl. The slave heard more than saw the door open and eagerly scrambled out of the cage, trying to stand up, but his sore arms and legs were no match for the swift grip of the Captain. He grabbed the loop on the collar and snapped a chain leash to it.

“You like that boy, don’t you boy?” he grumbled deeply and jerked the leash hard forcing him back down on all fours.

The bowl was set carefully just outside the cage. There was a mix of scrambled eggs and cut sausage and several pills. Then he set down the flask.

He looked directly at the slave but the slave was crushed under his stare and looked away. No words were exchanged but the slave scrambled over and eagerly gulped down the pills and food, not even caring what he had just ingested. He grabbed the water flask and downed the water as well. Panting, he finally had the strength to look up, his gaze following the heavy scuffed black boots, then the worn pant cuff then the crop and then the Captain’s chest. He stopped short of His face.

The Captain dropped a pair of heavy leather gloves in front of the slave and pulled a tube from his back pocket.

In a swift move He yanked up the slave by the collar, tossing the chain over the low branch of the oak above them. He yanked hard on the leash and the slave was suddenly pulled straight up on tiptoes struggling to stand, hanging from the collar. His arms propellered around but they were cuffed behind his back in seconds.

The Captain began to talk as He opened the tube and squeezed out a gob of white cream.

“The slave will work today to earn its keep. There are many chores that need to be done today,” he said in his deep, but somehow soft voice. “We will start with something simple. You are to be my ‘swamper.’ That means that I will run a chainsaw and cut brush and you have to drag it away and pile it up. Got it?”

The slave tried to grunt an answer but could barely breathe. He was having a hard time thinking while trying to stand on his toes as the Captain rubbed the white sunscreen all over the slave’s bound muscles. His cock was rock hard and he grunted and panted as the rough hands rubbed over his thick six-pack and wide lats. He managed a loud moan as the hands stroked heavily over his pecs and big hard nipples.

“You like that boy, eh? Like your nips worked, huh, boy? Well I will have to train them special now that you are mine!”

“Uhhhh hah!” was all the slave could manage as the Captain worked down the slave’s wide muscled back and into his cut and bruised ass cheeks and down his legs.

Then he came around the front and looked at the slave’s massive erection and the juice dripping copiously to the dust.

The slave tried to look down as the Captain grabbed his stiff cock and pulled a metal object out of his other pocket. The slave’s cock was painfully bent forward and slid into the cold metal chastity device. The slave began to panic! His cock felt like it was being ripped off! He struggled and tried to kick out but the collar bit harder into his stretched neck and was choking him! His balls were pulled, squeezed and locked up in the device.

The Captain looked up and admired his work. The slave stretched by his neck, his muscled body shining with the drying cream, the silver device locked onto his balls.

He walked behind the cage and produced a pair of black combat boots.

The slave struggled with the laces as the Captain loaded up the dirty ATV with a chainsaw, oil, water, and fuel.

It roared to life in a puff of blue smoke when the Captain mounted it like a horse.

“Here! NOW!” he shouted over the engine noise and the slave struggled to his feet running over with arms held in front of him even as he wondered in his mind what he had gotten into and when it would end.

The Captain waited, holding a long piece of rope with a clip on the end. When the slave was close enough He grabbed the cuffs and clipped the rope to them. Without warning He turned and gunned the ATV. The slave jerked forward and stumbled to the ground.

“Keep up, boy!” He shouted and gunned the engine again. The slave had to run just to keep up with the 20 feet of rope leading out now and up the trail into the brush. His eyes were wide with fear of being dragged or falling on the sharp rocks but he kept his footing. 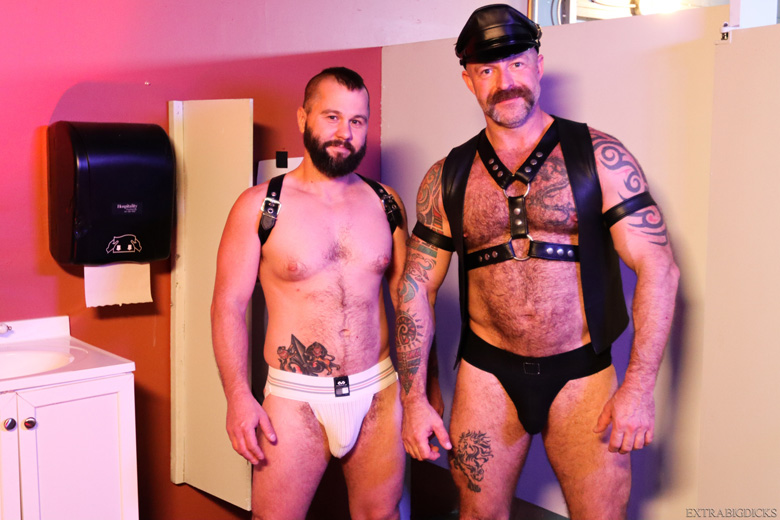