We were only about 15 minutes or so in the kitchen, and after I cleared things away I followed Daz down the stairs to the cellar. The light was on and Daz was in the centre of the room kneeling at Zero’s head. I wondered for a second what he was doing, so I slowly walked round the pair to see better without disturbing them. I was surprised, to say the least. Daz had untied the sleeve and taken it off the slave completely. He was very carefully and skilfully massaging his still sweaty back, well developed shoulders and arms whilst at the same time telling him how excellent a slave he was and how well he had born the treatment so far.

“It’s not over yet, slave,” I heard him say, almost to himself he was so soft, “But you’ll be fine. You’re the type of slave I’ve always wanted but never been able to afford. So now you’re mine by proxy whenever I visit your Master.”

I so wanted to join in but stayed where I was. They were obviously connecting with each other as Zero was quietly – purring would be the best phrase – and visibly relaxing under the strong touch Daz was using. I wasn’t jealous, not quite, but I couldn’t help but feel that tightness in my gut telling me that I should have tried this a couple of months earlier. It was basic confidence I lacked, the confidence to be as harsh as I wanted whilst making sure the slave knew he was not being treated so because of any mistakes on his part, simply because that was how things were.

The law the government had brought in years ago meant that males reaching the age of 18 were either conscripted into the army and shipped off god knows where for five or six years, that’s if they survived that long, or opted for slavery for a number of years. They knew the risks but obviously though it worth it. The price you paid for one depended on the time he’d be with you. Zero was mine for 15 years. He had no choice in the matter, the owner had all the protection of the law if things went wrong, and some masters would have reason to call on that, but at the end of that time he’d be free. A portion of the money paid for him was invested in a pool earning interest and paid out at the end of their term. Surprising how many never bothered to part from their owners at the end of their term too.

“I think we’re about ready for phase two.” He got up and came over to me near my work bench. “You did notice that guy’s cock during the paddling didn’t you?”

“Well. Considering he’s in chastity I didn’t notice anything much,” I replied.

“He was dripping pre. All that howling, and he was still dripping pre. I just felt that cage he’s wearing, slick isn’t the word. So don’t start thinking he’s not getting something out of this. Did you ever find why he opted?”

“No,” I replied, “It’s not something they bother to tell you, to them it’s just a sale I suppose.”

“Fuck, I’ve been so bloody stupid. Apart from a couple of times when I really needed to get something out of my system I’ve really only fucked him and never bothered to see if he’s enjoying it. The noise he makes with a cock up his ass sound like he’s in pain.”

“And you think that means he’s not enjoying.”

“God I’ve been so fucking dense. Buying him was the biggest decision I’ve ever made, and I’ve wasted it so far.”

“Naaah, not wasted. You’ve had a decent hole when you’ve wanted it and by the sound of it he’s made your life easier waiting on you hand and foot. But I do think you’re both capable of a lot more. Early days. You’ve got him for a few years yet, just a case of widening your perceptions and, I have to say it as it is, inhibitions.”

I looked at Daz then rested both hands on the bench and nodded slowly. “Yeah. I should have asked you over to begin with.”

Turning round I faced the crouching figure in the centre of the room.

“OK slave, up, get under that winch and both arms above your head.” 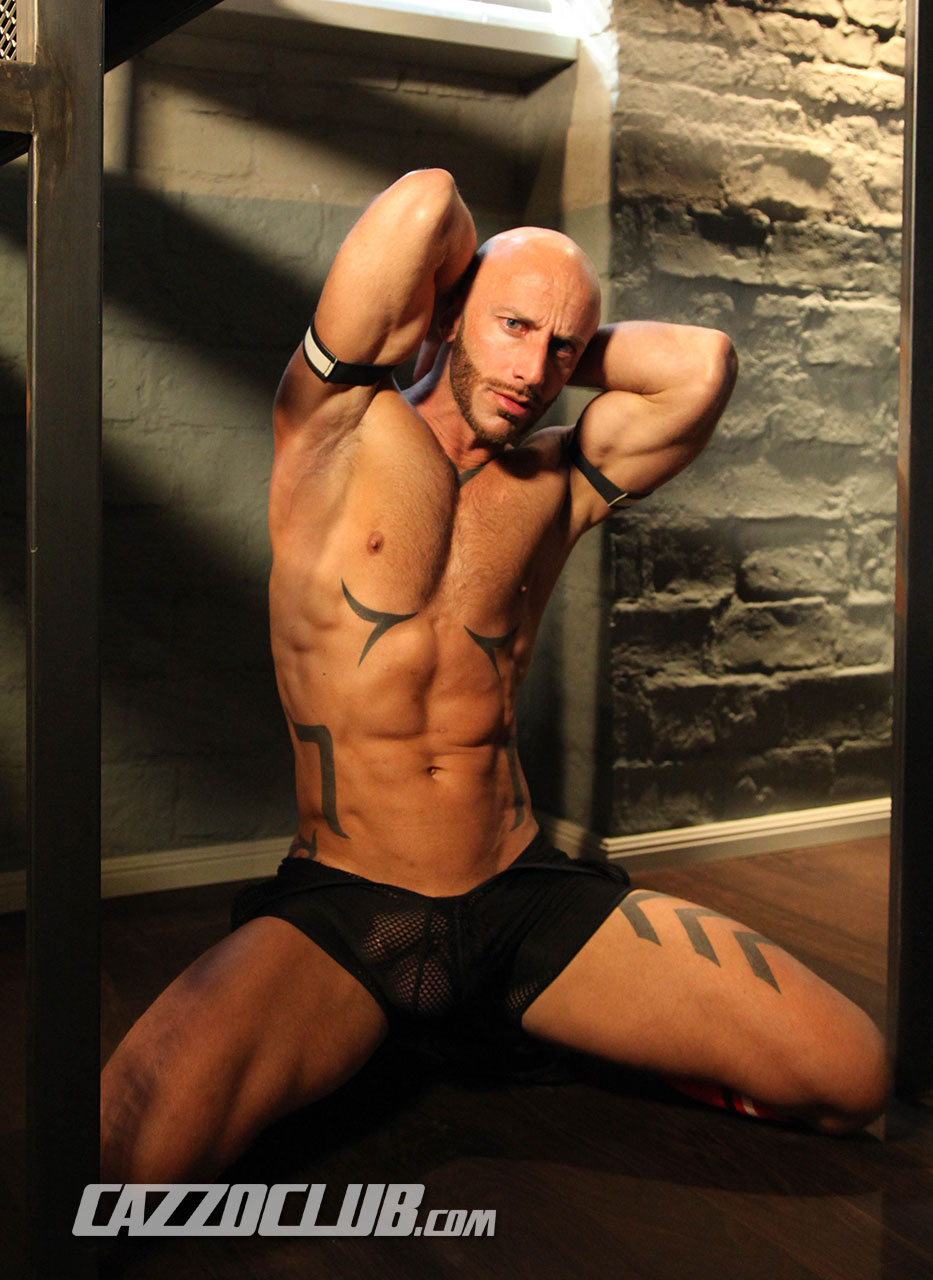