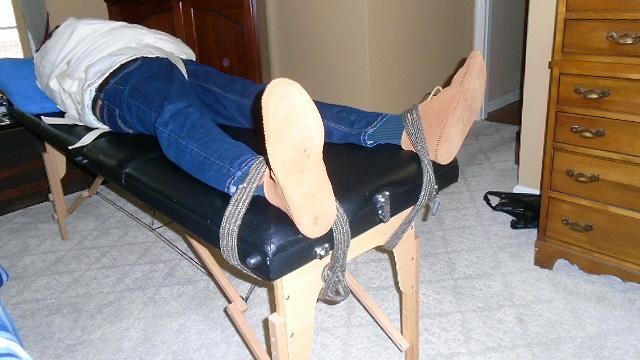 Hey check this out! Asicswrestone sent some pictures and a description of a recent bondage play date. 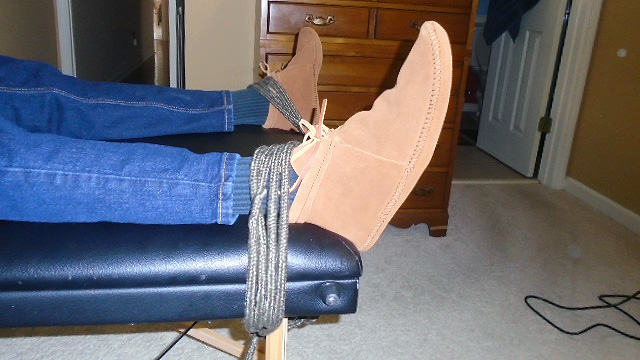 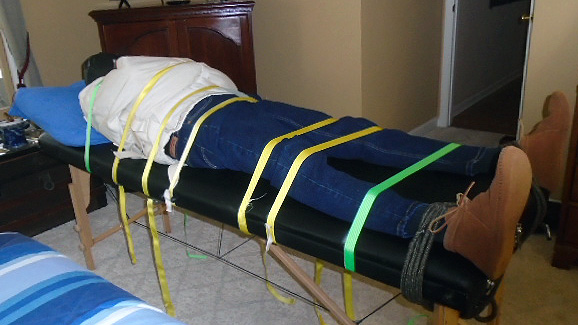 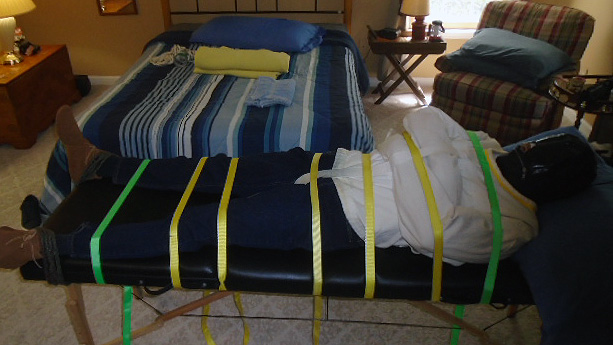 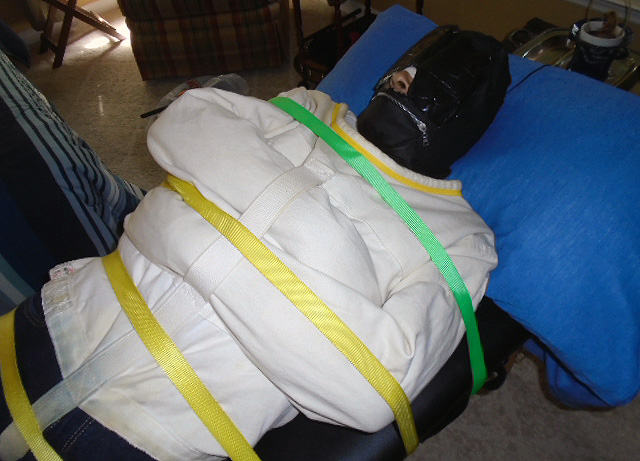 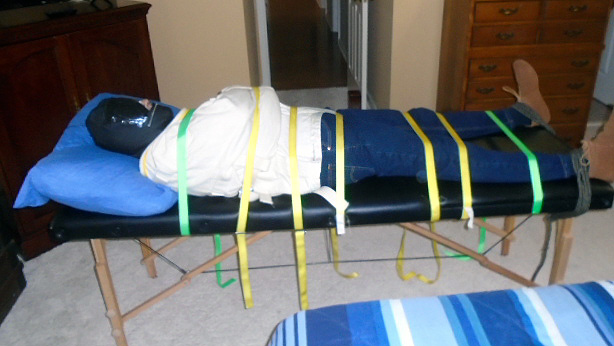 “As everyone knows I love bondage wearing Levis Jeans and sneakers, and some boots. I recently acquired a pair of Minnetonka ankle high soft sole boots, and I thought how hot it would be to get tied up wearing them with Levis. As luck would have it, my friend was available and came over with his massage table. After getting stoned on 420 he trussed me up in the straightjacket, put ear buds into the iPad playing binaural beats, added a blindfold and a leather hood. It was then time to be laid back on the table. Each ankle would be secured, and then seven straps would be used to secure my body to the table.

See more from Asicswrestone at his website, located here.  (Note that he is having technical difficulties with is site at the moment, and he is not currently able to add new content.)