“You have too much freedom.” He was always stronger than me. Bigger too, and his cock… Well let’s just say there’s good reason we call him “the Python.” And a couple decades younger too; so even while I was training him, I always knew and hoped someday he would come to dominate me. Deep down I wanted it too. So, as I slowly taught him all the dark arts of sadomasochism, I was just waiting for the day when he realized it for himself.

“Way too much freedom.” My heart thrilled and my cock stiffened at his words, but I remained silent. Bound helplessly as I was, already stretched out on the bondage bed, well gagged and hooded, there wasn’t much I could say or do. He was in charge, and supposedly this was to be another of our casual morning training sessions. But knowing him as well as I do, I could almost see the light go on in his brain.

“You know, I don’t have to let you out. I could just keep you like this. You always say you want long scenes. Well here we are in this place, nobody is coming over, the dungeon is fully equipped, we have plenty of food. No need to go anywhere. And even if we do, I can just leave you tied and go to the neighborhood store…” I could sense the wheels turning in his head, thinking and realizing what was possible, how much power he really had.

I heard him move to the toy chest, pull things out, spread them on the floor. “But first I want to tie you better. Really tight, so you can’t move. So you can hardly breathe. And keep you there for a nice long time while I think about how to torture you.” Chains clinking, other sounds as digs into the toy boxes. “Hmmm. This uro-whatchamacallit, Texas catheter thing. That would save you from having get up to pee. So I really could keep you tied for a long time…”

Soon I heard him bring a load of gear over to the bondage bed — not a bed, really, but a long plank, two feet wide with a thin pad and various attachment points and restraints. I was stretched out and comfortably tied at the wrists and ankles. I had the feeling I was about to get much less comfortable.

I was right: he began by wrapping a heavy chain around my waist. Ordering me to breathe out, he pulled it as tight as he could and fastened it with a padlock. More chains went around my calves and knees, thighs, chest and neck. Each was pulled snug and locked. I was incredibly aroused.

Then I heard tape being pulled from the roll and torn. Soon my hooded head was taped to the board and immobile. “Try to struggle,” he commanded. I could barely manage a wiggle anywhere. “Good. GOOD. Much less freedom.”

But there was more. Methodically he bound my abdomen to the board by wrapping it with rope, Shibari-style. Pulling each loop around my stomach, waiting until I exhaled, then pulling it very tight and knotting it. When he was done, I could not move at all, and could barely breathe.

“There, that’s better,” he said calmly, caressing my helpless body. “Not much freedom now, is there? Better get used to it. I’m going keep you like this for a long, long time. Maybe for days. Let’s really see where your limits are. I bet you can take more than you think. I bet you’ll have to!”

If I could have spoken, I would have said, “I love it when you talk like that.” But the best I could manage was a moan as he teased my nipples and wet, erect cock. After some time he got busy again. From the sounds I knew he was setting up nipple torture.

“There,” he pronounced after a few minutes, stepping back and admiring his work, finally satisfied. “You might as well get used to it. You’re not going anywhere for a nice long time. And when you finally do, it will be to another tight bondage position and more torture.”

Then he came close and spoke more intimately. “I don’t know what took me so long to get it. This is what you wanted all along, isn’t it?” I couldn’t even nod, my bondage was so tight. I managed a muffled “Mmmm-hmm” through my gag and hood.

“Alright then, I’m going to keep you tied here as a prisoner, and torture you all day and all night. Then let’s see what kind of shape you’re in tomorrow. I might let you out to clean up and eat, but you’ll stay in chains and the dungeon door will be locked. Then you’re going right back into bondage.”

He leaned closer. “I know this is what you really want. Well, you’re finally gonna get it. Have fun, sweetie. See you after a while. Then maybe we’ll try adding a sound and electrifying those nipples and cock.” I heard the dungeon door close and latch; then the sound of a big padlock snapping shut. It was the most beautiful sound I ever heard.

Metal would like to thank the author, Mature Captive, for sending this story! His blog is here. 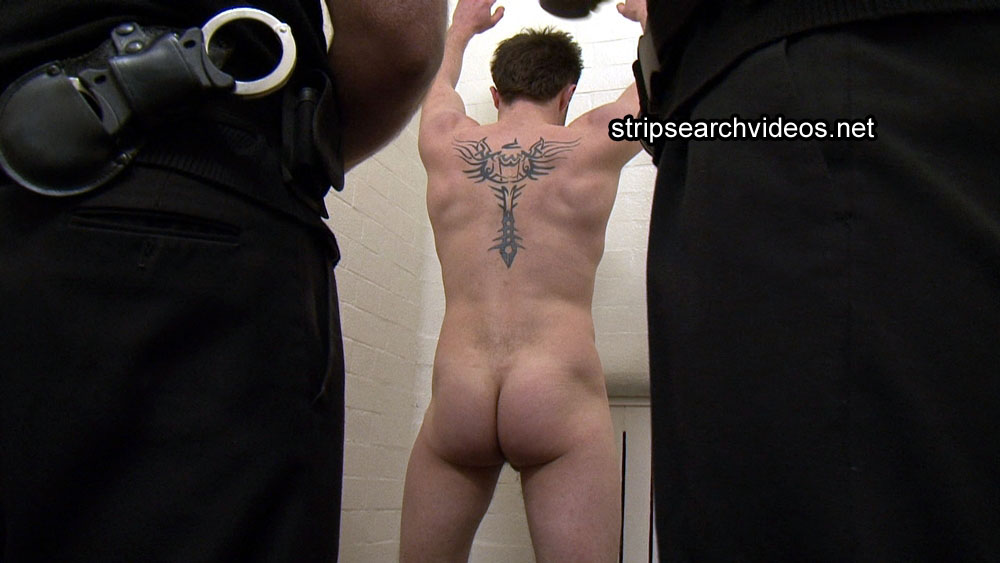