Dave and I have been friends since high school.  We went away to college but would get together on holidays, so we never lost touch.  After college, we came home, and after a few months decided to become roommates.  We are both gay, but we never got it on with each other, which was OK – we just seemed to be attracted to different types of guys.

Then we hit the jackpot – literally!  We won the lottery – millions.  We were very excited – partied for a week.  Then the trouble started.  Everyone – I mean everyone – wanted our money.  Friends and relatives became so much more friendly – being gay was OK now.  What was worse was the endless solicitations.  Lawyers, accountants, investment advisors, just to name a few. No one would leave us alone.  We had to do something.

So we went to talk to Dave’s dad.  He’s a pretty savvy businessman, owns his own construction company employing over 50 guys – he builds commercial, not residential.  He has a lot of contacts, and he advised us to talk to his lawyer.

By then, we had decided we just wanted to get away to someplace where nobody knew us, so we could live a normal life.  Mr. Prescott, the lawyer that Dave’s father found for us, was really sharp.  Since we had bought the lottery ticket together, we wanted to share the winnings, invest it safely, and live off the proceeds.  He suggested that we form a trust to be jointly shared and guided us to conservative investment advisors.  The money was invested, and the trust was set up.

Through a dummy corporation under the trust we were able to buy a house three states away–the best house, at the end of the road, in an underdeveloped neighborhood, with a beautiful view, thronged with rattlesnakes.   We wouldn’t be traced; our names didn’t even show up on the deed.  Mr. Prescott arranged with a law firm where we were moving to discreetly manage our affairs.  We moved very quietly.  We kept a low profile.  We didn’t go out very much.  We had our groceries delivered to our door.  Naturally, we were still concerned about being recognized and having the same problems as before.

When you think about it, it’s terrible to be wealthy beyond one’s dreams and be miserable because of it.  We planned to lay low for a couple of years, until people had forgotten us.  Then we could go back to a normal life.  In the meantime, we adjusted to being alone.

You may think this is some kind of romantic ideal, but even then, it may become . . . confining.  And like I say, Dave and I were friends, not boyfriends.  We were the kind of friends who were never going to “ruin the relationship,” right?  And we didn’t.  But what do you do for fun when you’re hiding out like that?

Sitting around the table after dinner one night, we decided to flip a coin for who would clean up.  We had a laugh about taking another crack at the lottery.  And about the super-rich, doing their own dishes.  But that’s how it had to be.  We didn’t want any domestic help to recognize us and get people curious.  A company sent guys around to do our landscaping and our outside maintenance.  When they were around we were careful not to be seen.

So anyway.  We flipped for it, and after that, gaming to see who did the dishes became a habit.  We would cut cards, roll dice, flip a coin, whatever.  One night I said, “Why don’t we make this for a week – the loser cleans up after dinner and does the rest of the chores for the week, and the winner lives like a king?”

We did it, and as you could guess I was the loser.  It was a pain in the ass, but I fully expected to be living the good life the next week.  As luck had it – I had duty three weeks in a row.  That didn’t matter in the long run, as we switched off frequently enough, and it was pretty equal.  The law of averages.

Later that night, after we watched the ballgame on TV, Dave said, “Maybe we can get more fun out of the chores.  What if the loser was a slave to the other for the week – following orders and serving him?  Maybe there could be some rules for the ‘slave’ to follow.  That might be hot.  Whadda you think?”

What did I think?  I thought he was crazy – but my dick was hard.

“I haven’t figured it all out yet.  It just occurred to me.”

“What rules are you thinking of?”

“I don’t know – like one of us is in charge for the week, and what he says goes.”

“Are you meaning we make up the rules as we go along?”

“Naw, I think we just have some basic rules to follow.  Next week, same rules apply.  But for the week the winner lives on easy street.”

I thought for a minute.  Then I said, “I think the slave should be available all the time – ready to serve.  So what else?”

“What if the slave has to have permission to use the furniture – except his bed, for sleeping.”

“Slave has to have permission to eat, drink, or go to the bathroom.”

“But what if the slave doesn’t obey or follow the rules?”

I looked at him.  Was he the same old Dave?  “Hey,” I said. “What if the master went too far with discipline?”

He considered the issue.  “When he loses again,” he said, “his ass will be hurting.  That is the beauty of it.  The knowledge that when you are a slave again – there will be payback!”

“OK.  But what if we want to change the rules?”

“We’d talk about it and if we agreed – it would be all right.”

“Let’s give it a try,” I said. “I think we should make the changeover day Friday night.  That’s tomorrow.  Do you want to start then?”

The change in our relationship to a master-slave switch every week really added spice to our lives.  It makes a meal much more interesting when your slave serves it to you – or when you serve it to your master.  And there are lots of things you can do to downgrade a slave’s food, without making him unfit for work.  When you don’t have much to do, you find yourself drinking too much, but when you’re a slave and forbidden to drink anything but water or at most Gatorade you find out that you could do without any alcohol if you had to.  Of course, when you’re a master again, you naturally drink even more – “Bring me another, boy.”

Greg became an expert in choosing what he called “healthy, substantial food” that was also tasteless – which made me appreciate real food a lot more the next time I was the master.  We both learned a lot of bladder and sphincter control, and soon it developed that both of us got the chance to find out what sleeping on the floor was like.  While hunting for slave clothes, Greg found a lot of old stuff that we both had packed away, since high school even.  It was fun for each of us to see the other one dressed tees and shorts that had a revealing, yet humiliating, lack of fit.

I knew sex would become a big part of the game when I saw Greg tenting that first night we were talking about it. I really got into it, but he seemed more hesitant at first.  I knew that sex hadn’t worked out for him very well in the past, with other guys.  But then he got more interested.  The sex got more interesting – although for me it was almost over the first time Greg decided to fuck me.  I had never been fucked and hated it.  Soon, however, I was almost begging for it.

Then there was the cane.  One night about six months into the game, he tore into my ass with it, beyond anything ever before.  I deserved it – I had a bad attitude and mouthed off.  I assure you that he regretted it two weeks later, though!

That was good.  But two or three months later Greg said that he was getting a little bored with the game.  He felt that it wasn’t real enough – that it seem too much like a game, and was less exciting than it was at first.  He thought we could kick it up a notch, by allowing the master to change the rules.

I asked, “Could he change anything?  Even how long you would be a slave before getting a chance to be master?”

“Especially that rule.  If you lose to me you are fucking mine – as long as I say!”

I must have had a skeptical look on my face, because he added, “I mean, some reasonable period of time.  You know, like a month or something.”

I thought for a minute, “So you want to make it real.  Let’s do it.  Let’s get Prescott to draw up a contract saying that if one of us drops out of the game – he forfeits his share of the money.”

“Sure.  He knows who’s paying him—a couple of eccentric millionaires.”

“So far, Prescott’s never said a word about our private business.  He likes me.  Besides, I think he’s gay.”

“Really?”  I know Greg was trying to picture the proper Mr. Prescott in bed with another man.  Couldn’t be done.  But I knew it was true.

“You’re not much of a people person, are you?” I asked.  It was a joke between us.  When Greg was free to run around by himself, he made some of the worst choices of boyfriends you could imagine. Just didn’t know people.

“Anyway,” he said.  “The contract would make it real, for sure.”

I could tell that the plan was exciting him.  “But wait,” he said.  “I’ve read on the internet that those master-slave contracts haven’t held up in court, because involuntary servitude is not constitutional.”

“Good point, but isn’t this different?  We wouldn’t be signing as master or slave.”

“Of course.  My dad signs contracts all the time, saying he’ll forfeit money if the building is not complete on time.  We’d be agreeing to participate in an activity, and failure to do so would have a penalty.”

“Yeah, a big one!  But the contract should also say that if we both agree, we could end the game.  We don’t want to get carried away with this.”

We both laughed.  “And it’s easy enough to participate,” I added. “We don’t have to win.  We just have to play.”

“Might be fun,” Greg concluded.  “And face it—we got nothin else to do.  Let’s talk to Prescott.”

“My dick is hard already”

We signed the contract, and the first Friday after that, Greg lost to me.  The most losses for either of us had been three times in a row.  I decided to double that and make him serve six weeks.  Let him get a belly full of it!  After six weeks, he lost again – but, to be generous, I made it just two more weeks and, next time, let him roll the dice.  I lost!

Greg was quick to explain his first new rule. Since slaves are inferior beings, they have no right to an even chance.  Thus, from now on the slave must win twice – once for his freedom, and once to see who is master.

Metal would like to thank the author, convict 975468, for this story! And thanks to Joshua Ryan for inspiring it! 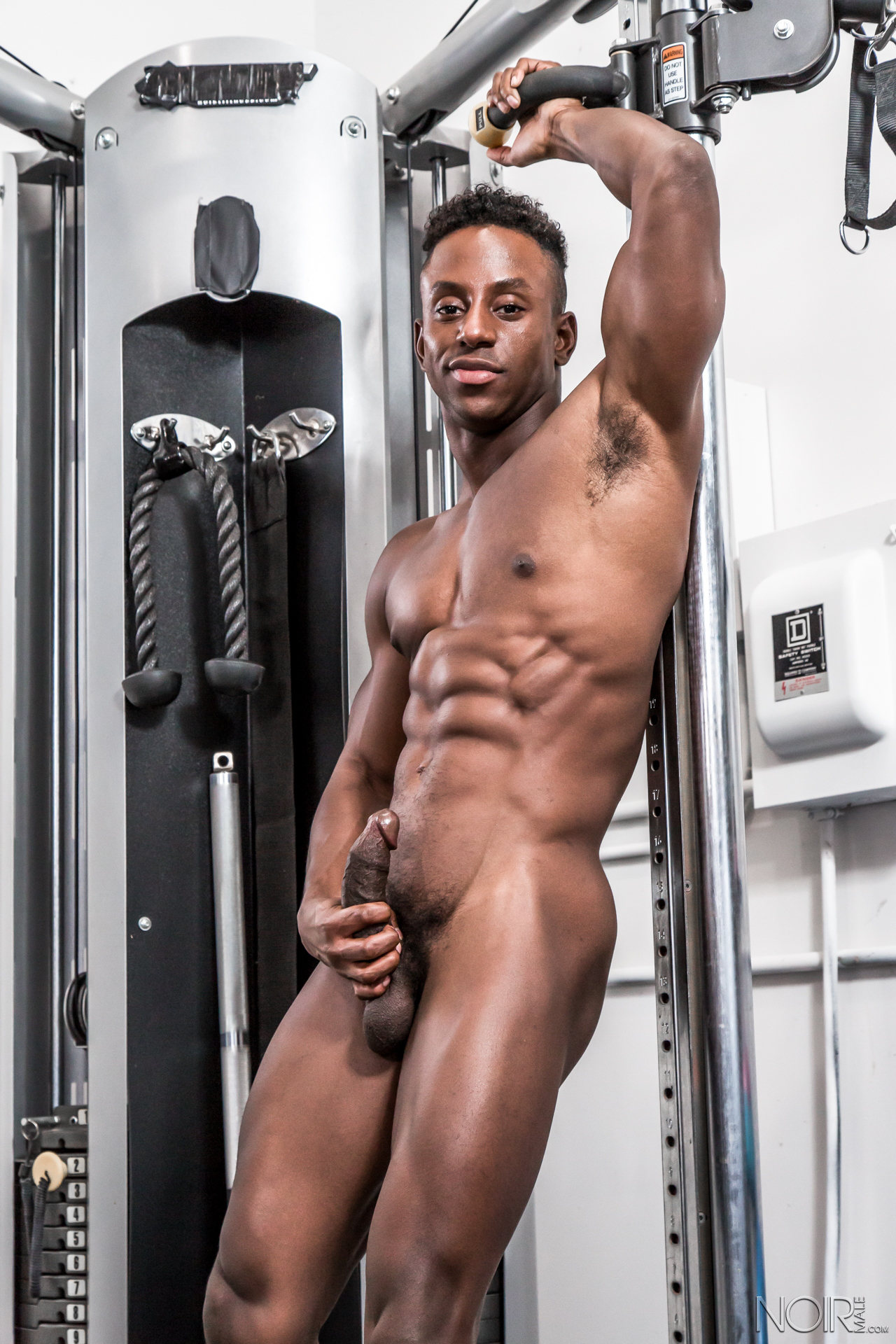