The message was left for me to expect a visitor this afternoon. I was to be in casual dress — jeans, tee shirt and tennis shoes. At approximately 4 p.m. I got a cell phone message to step outside my apartment and wait. I was already dressed, so I threw on a sweatshirt and stepped outside. An unmarked police cruiser circled the building and pulled up in front of my apartment.

It was one of the men that transported me from the hell camp back to my place. He stepped from the car and walked over to me, bent me over the hood and cuffed my hands, then loaded me in the back of his car.

He drove off and after a few minutes of stone-cold silence announced we were on our way for an appointment with my court-appointed psychiatrist for a “review.”

After an approximate 30-minute drive, we stopped at a very plain small building and parked. I was assisted out of the car and led into the building. The door was locked, and the officer made a call on a cell phone, and we were buzzed into the office. We were met by a young medical assistant in scrubs and a mature large older man in a white coat. The officer announced he would wait in the lobby, and I was escorted into the office. I was seated at a desk with the younger man in scrubs standing just behind me. The older doctor was seated at the desk, with file folders. He obviously had obtained my medical records as he knew of my last visit, when I was given covid shots, etc.

The visit was a chance for the doctor to see me in person (had he seen me on camera already?). Since I had signed a power of medical attorney, he and another doctor would be handling my case. To help with my “depression” I was to be given monthly injections and meds twice a day. They would keep me under control and make sure I did not show any aggressiveness to those around me. If I did not respond to the treatment, I would be placed in the state prison for the mentally insane for additional treatment. He took his cell phone and took some pictures of me in the chair, and then said to his assistant show this felon the pics you took this morning of his buddy from camp. The blue scrubs stud whips out his cell phone and shows me my camp buddy with a shaved head naked and cathed with wires and pads being attached to his head and forehead. He was crying, then he was screaming, then it was quiet. We hope we can handle your problem without a trip to the hospital. With that the assistant stepped up and shoved a needle in my arm. Next thing I knew I was back in the car-heading back to my apartment prison. About a third of the way there a wave of “relaxation” hit me. I didn’t feel like I had a care in the world.

The car pulled up to the front of my place and my P.O. was waiting for my arrival. I was helped out of the car and led into the apartment, cuffs removed and pushed down over the couch. The P.O. unzipped, whipped out his formidable engorged equipment and shoved it in my ass. A few grunts later, he removed it, and left. I looked up and saw furniture had been moved about the place. New additions — a St. Andrews Cross and a kneeling bench with restraints. There was a handwritten note on the table telling me that I should expect a visitor the next morning and an additional visitor at noon.

After a restless night watching the light flash on my leg device, I was up early the next day having coffee when I could hear the lock on the door being activated. It was my P.O., and he stopped in on his way to work, a suprise visit, and told me to expect his barber at my place at approximately 10:30 a.m. He then pulled out a prescription and proceeded to hand me two pills, telling me to take them while he was present. I swallowed the pills as he pushed them in my mouth. Be naked on the bondage bench at 10:30 he said, and he walked out the door.

So I had some morning work calls to return, showered and assumed the position on the bench. About 10:40 a.m. I hear the lock on the door open, and a draft in the room. This man was mature, very well-groomed and shaved, with a bag of equipment. He is my P.O.’s buddy from the service and his barber. He asks if I had taken my pills for the day, straps me down and gets his tools ready. He then started buzz cutting my head hair and any heavy body hair on my back, legs, etc. Then he smears cream over my head, back, ass, etc., followed by a hot heavy wet towel. Same procedure when I am rolled over, including tweezers on the eyebrows, and by then I am extremely relaxed (the pills?). Then he opens a straight edge barber’s blade and starts scraping at my balls, crotch, etc. He also used the blade on my toes and shaved around my nips as well. Some kind of wax is smeared over my bald head and rubbed with a dry towel. Where is this all leading?

I am informed he will return in two days for a once over to catch any stray body hairs that he may have missed.

He leaves me bound on my back on the table and leaves as I feel the cold air from the door blow across the room.

I laid there an hour or more, and then a car arrives, and the door lock is being activated.

Two men in paramedic uniforms step into the room, with a box of tubes, bandages, tape, etc. I am informed that my P.O. would be by to bring me up to speed on plans for the weekend. They were there to give me an IV, install a cath, and the first of several injections in my crotch over the next three days. I laid there, still somewhat stoned from the mornings pills while they did their work. The cath did its job and was removed. The IV was left on a slow drip. They did a basic body exam, blood pressure, etc., cleaned up the table and left me there. I suspect the P.O. would be the next visitor.

No clock was available for me to see the time, but the setting sun through the glazed-over windows told me it was getting late. Finally the P.O. arrives, gets me off the table and sits me at my dining room table. I was told that for the coming week I was permitted work access for two hours on Monday, Wednesday and Friday. The rest of the time being reserved for a special project. I was to be prepped and used, by several men during the week and them was to be prepared for a gathering the following weekend. All of the men attending had the chance to see me on camera. All approved of the procedures so far and would all be available for next week’s meeting. I was not to leave the apartment for the coming week, anything I needed would be provided upon request. My cell phone would not be available to me, and all work would have to be done through emails, not by phone.

Then he stood me up, bent me over the back of his favorite couch and drilled the hell outta me before leaving.

He took some pictures from his cell phone, then played with his phone and showed me the newest pics of my “escaped” buddy from the weekend camp experience. This guy was also shaved, pierced and in a cb3000 chastity device. He was strapped in a padded posture chair like you see in senior homes. His eyes showed terror, and his lips looked like they had been sewn shut. A feeding tube finished the pic threaded thru his nose.

Was that picture shown to intimidate me? If so, it did.

More to come, thanks for the comments. Much of this is based on actual experience, and yet I still seek prison tops for real time action — Felon 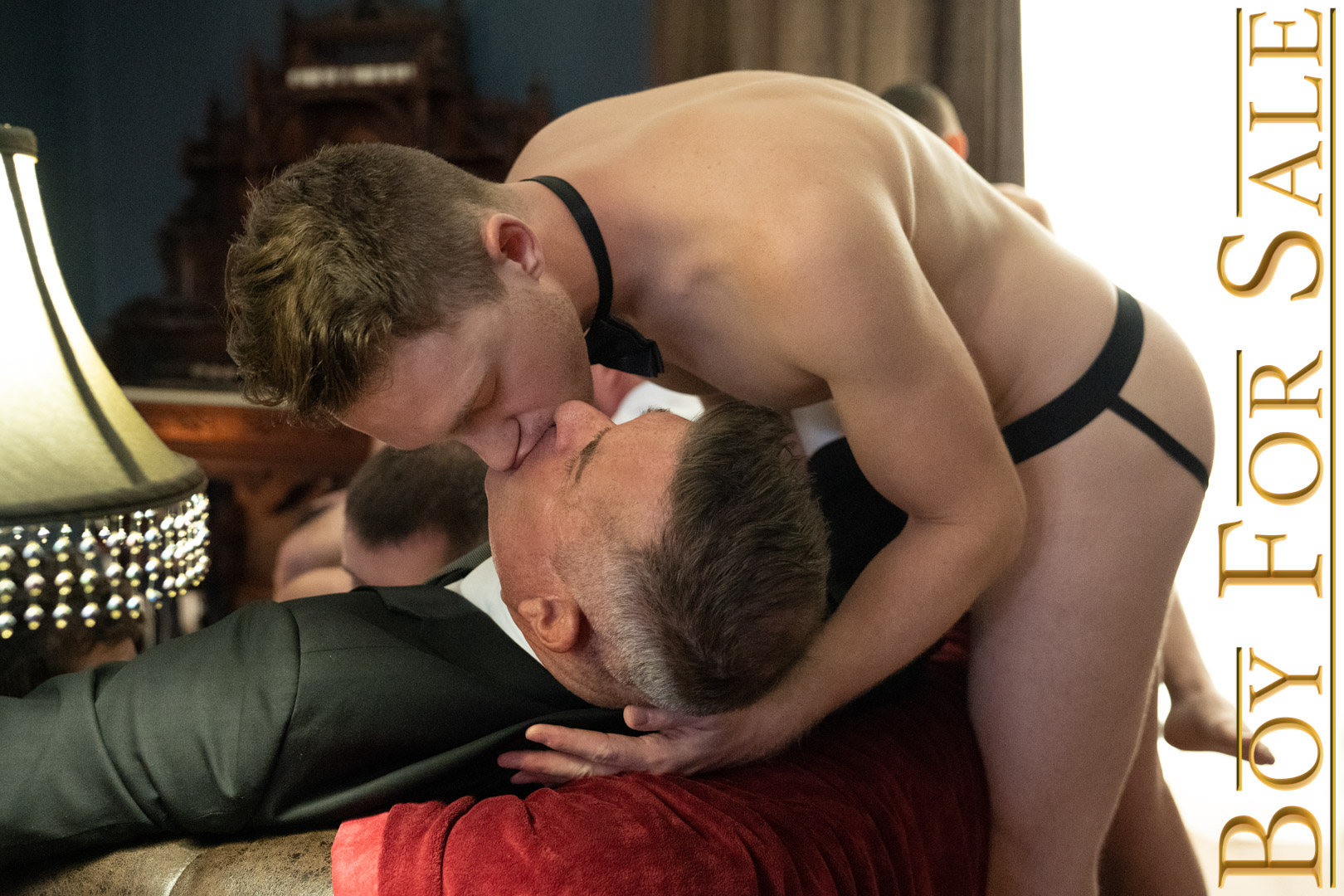