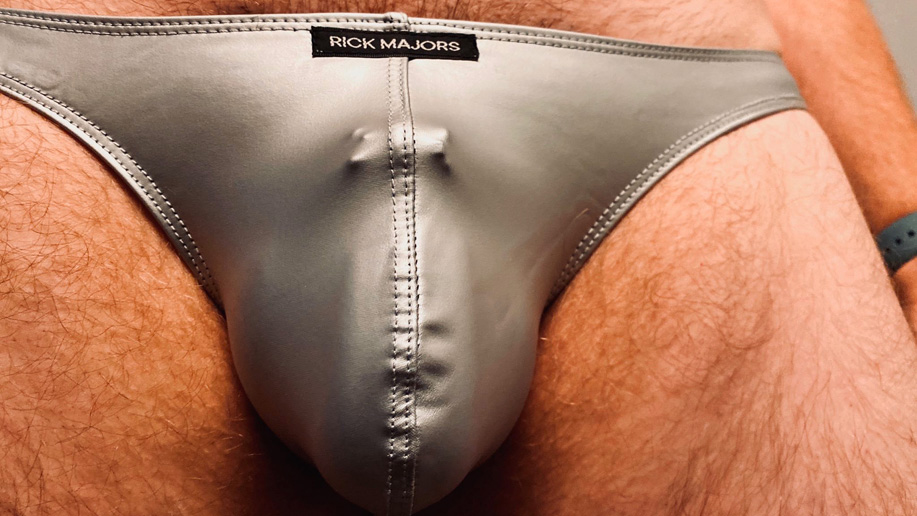 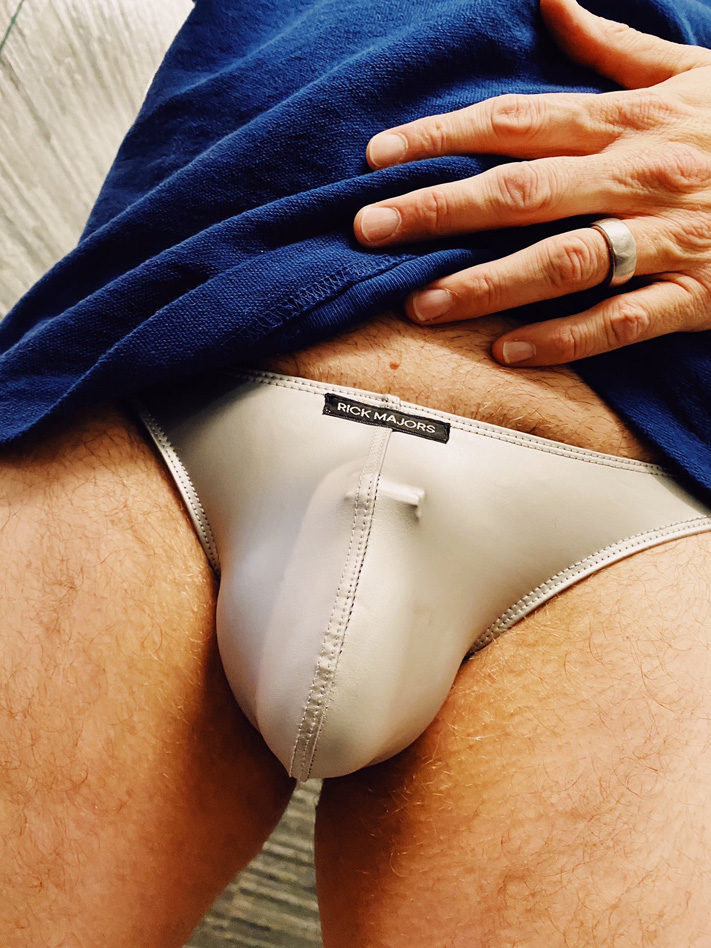 In addition to being incredibly turned on by things that LOCK, including chastity devices, I also have a huge interest in seeing athletic men in SPEEDOS or BRIEFS, especially shiny briefs. Which is why I am so fascinated by these pictures, which were posted to Twitter recently by Thumper! 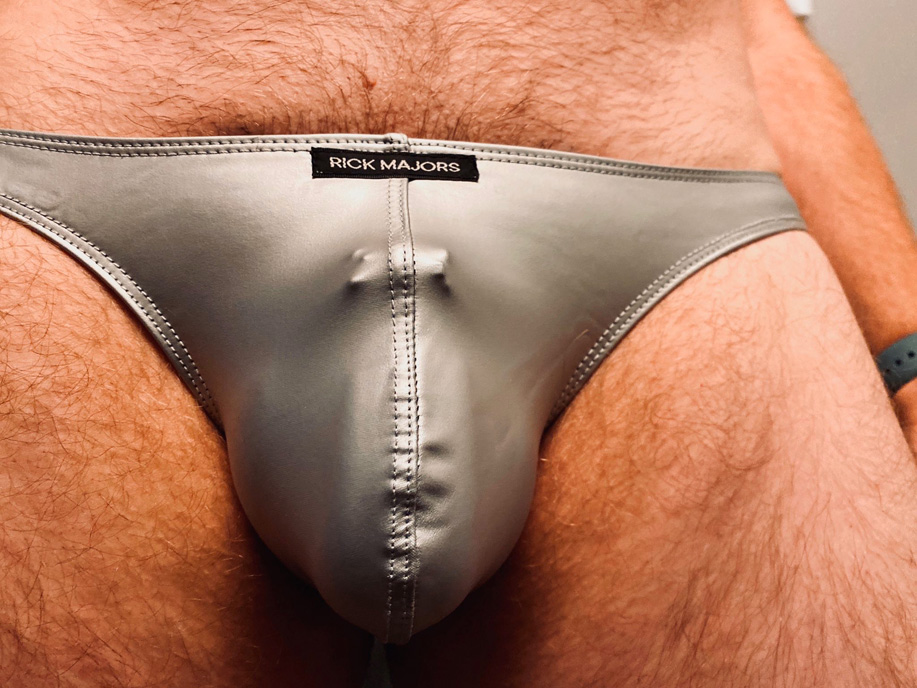 I’ve been lurking on this guy’s online pictures and website for years. He’s bi and into chastity, big time. And bonus for me, he also has an underwear fetish and likes to show off! His Twitter feed is here. He’s also got two blogs now — with plenty of true-life stories and chastity device reviews — called Denying Thumper and The Submissive Rabbit. 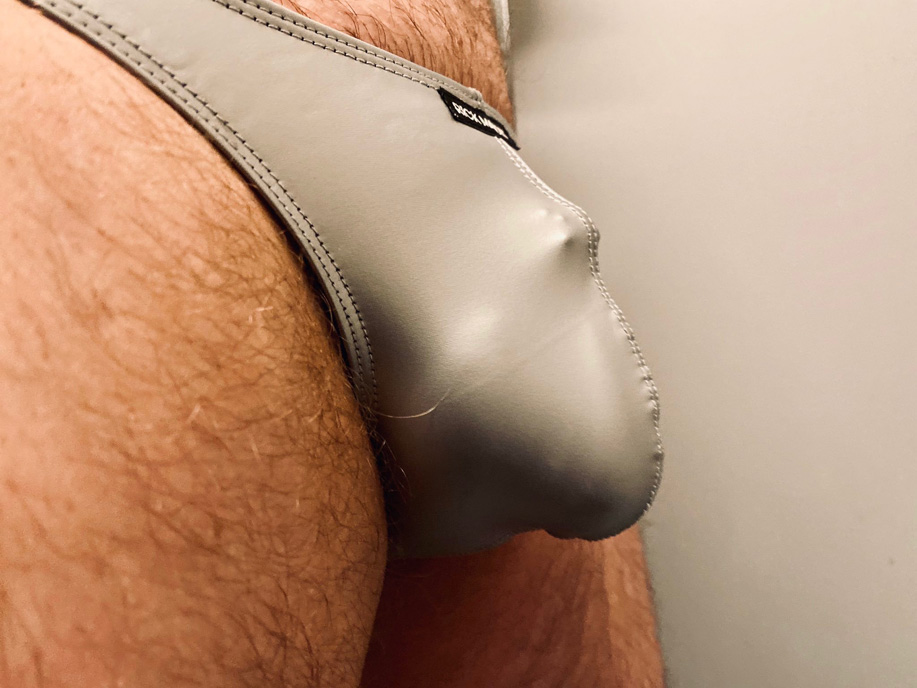