The slave that was once Stevie has been in the pod for 24 hours. Twelve of those hours were spent forcibly walking, jogging and running. It’s now sitting on the floor of the pod, sobbing uncontrollably, shivering from exhaustion, sitting in a puddle of piss having just lost control of its bladder, again. Too tired even to touch its now rampant, 7-inch, Viagra-induced hard-on. All it wants to do is sleep.

The odour inside the pod is intense. There’s a thick oily film all over the slave’s body, reeking of boi-funk. The body aroma mixed with the stale piss, is intoxicating and shows how comprehensively the slave has suffered over the last 24 hours.

Its balls are bruised from perpetually slamming into the heavy padlock hanging behind its genitalia. Deprived of sleep and totally depleted, it should now be completely compliant and easy to instruct. At least until it starts to recover.

I know from experience that the new acquisition will pass out from fatigue in short order. As soon as that happens, I’ll drag it from the pod and get it cleaned up, ready for Stage 2.

In the meantime, I’ll explain something about the business.

Mine is one of 6 or 7 businesses (that I know of) in the UK but, not wanting to be unkind, the others are little more than flesh peddlers. Their merchandise consists, more often than not, of illegal immigrants brought into the country by people traffickers, forced into manual labour roles, and sold for just a few thousand pounds.

My business is somewhat more specialised. It starts with my clients who, in the main, are extremely wealthy multi-nationals with very exacting standards and exceptional tastes. They demand the ultimate in quality and are prepared to pay for it. Over many years, I’ve built up trusting relationships with them, introduced to more and more clients via word of mouth. We currently sell an average of 15 slaves a year, each one taking about 6 months to train.

I procure and train my slaves to order. Every piece of meat that passes through my hands is of the utmost quality, trained to be expert in pleasuring their owners in whatever is required. My clients range from mildly cruel to crazed psychopathic sadists, but all demand superior service from both me and the products I manufacture.

I employ a guy who I now call “The Snatcher.” I provide him with the requirements of my clients and, usually within a few weeks, he delivers three or four caged males in his white panel-van. He walks away with a big envelope full of cash, and everyone is happy. That is, except the meat in the cages.

One piece of meat is currently hanging by its wrists in the middle of the factory area. Its arms are spread wide, putting maximum strain on its shoulders and chest, suspended by very wide leather suspension forearm restraints. These special restraints are designed to avoid damage to the slave’s wrists. Its ankles are spread using leather restraints and bungee cords, pulling its legs uncomfortably wide, affording maximum access to the jewels between its thighs.

It used to be called Ben, but its new designation is “shit-head.” Best described as having a young rugby player’s body, shit-head is an 18 years old, straight, 5ft 5in, 170lbs, fire-plug of a student wrestler. It has a cute face, deep-hazel eyes, absolutely stunning leg muscles and a butt to die for. A very light covering of black fur covers its pecs and stomach, legs and arms, and there’s a midnight shadow of facial hair.

The big, heavy padlock that battered its balls when on the treadmill has been replaced by an even heavier ball weight. Now hanging about five inches below the cock’s base, the balls have a beautiful maroon lustre, and an all-pervading ache is spreading up through the slaves groin and lower stomach. Its balls are doing pull-ups with the heavy weight as the scrotal tendons fight against gravity.

I observe the slave from the privacy of the factory office. One-way glass conceals me until I’m ready to make my appearance.

All “goods-in” go through the same process:

Shit-head has just started its third hour of suspension.

It has also just started to quiet down after an almost continuous outpouring of verbal obscenity. They all behave in the same way to start. Shouting abuse at their unseen captor. Swearing to kill or maim their kidnapers when they get free. Shit-head was no different in that it gave up on its tirade after just an hour or so. Given enough time, they all settle down.

Since arriving in the back of The Snatcher’s van, shit-head has had no human contact. It is time to make my appearance.

“Hello shit-head,” I greet it cheerfully as I walk towards the suspended beauty. It is breathing hard, its toned stomach muscles contracting under the pressure. Its ankles are slightly behind the plane of its shoulders as its stressed torso is bowed under tension. In turn, its genitals are pushed outwards and exposed – gloriously vulnerable. Its cock is still hard after more than two hours of suffering.

“Let me down! Who the fuck are you? Let me go, now! I’ll fucking break your skull, bastard fucker! Shit! My body is tearing apart. Fuck! Let me go!” The rant starts up again. It’s funny how righteous they behave at this stage. It doesn’t seem to occur to their macho brains that it might go better for them if they were a bit less demanding and a little more penitent.

I don’t respond, of course. Why should I? If you obviously have the upper hand, there’s no need to brag about it. I remain calm and silent under the salvo of obscenities, pull over a low stool, sit down comfortably and slowly take its pubescent cock into my mouth. It tastes so sweet, the pre-cum is like sweet liqueur and I set to work like the professional I am.

“Fuuuuck! Get off! What the fuck you doing? Leave me alone you pervert! I’m not queer! Fucking faggot!”

His protestations continue as does my resolve to bring him to the edge. It takes less than a minute before the unremitting rant starts to decay, and the moans and groans begin.

The balls pull up hard against the hefty weight and I sense the cock getting ready to shoot its load. I slow my ministrations and there’s a shift in both diatribe and attitude.

“NNnnnnn! Shit! Fucking hell! Bastard! Get off of me! NOoooo! Stop! Stop! No! Please! No! Sheeeeet! Suck it! Fucker! I’ll kick the shit out of you! No! Yes! Stop! Please! OOoooh!”

Such a mixture of sentiments, a conflict of emotions. Its social conditioning in battle with its hormones. Breaking fuckers like shit-head, with their grandiose notions of their own manhood, is a joy. I love it.

It’s now so close to blowing, its whole body is swaying in its bonds. Every muscle is straining. I can virtually hear the tendons and sinew creaking as the slave tenses against the bondage. Now oblivious to the pain in its shoulders, chest and nuts, all it thinks about is the explosion raising from those distended discoloured baby makers.

The unbearably sensitive mushroom head pulses, trying to gain traction, desperate for more stimulation, as it rests against my now stationary tongue. A continuous stream of boy-juice pre-cum oozes like molten lava from its piss slit into my mouth and down my throat. It’s like nectar of the gods, nature’s greatest gift of honey leaking straight from the honeycomb.

“NNNnnnnnnnnneeeeeee!” Forty-five seconds of only one consonant and one vowel.

And then all sensation stops as I remove my mouth.

“NNNNNnaaaaaaaaa!!! Fucking SHIT! You bastard! You cunt!” The abuse goes on, and on.

“You will be trained as a sex-slave and, when ready, will be sold to and owned by one of my many customers. In fact, you’re slated to be sold to an Arab businessman and, I can tell you now, he has one of the biggest cocks I’ve ever seen. He likes to fuck pussy slaves like you hard and fast, in their pretty mouths and tight little arse-holes. You better pay attention to your training, fucker, because if you displease him he’ll cut your throat and use you as dogfood for his other slaves.

“Your life of freedom is over. From now on you will do as you’re told. Think about it now. I’ll be back in a little while.”

I step down from the stool, pick it up and calmly walk away.

The slave’s body is shivering with frustration. It’s still slowly backing off from its oh-so-near climax, frantically humping the air (as best it can whilst bound), as the all-consuming denied orgasm recedes.

As I reach the exit to the factory area I hear a defiant “FUCK YOU” from behind me. The corner of my mouth curls into a sadistic smile. I serenely complete my exit and let the door quietly close behind me. 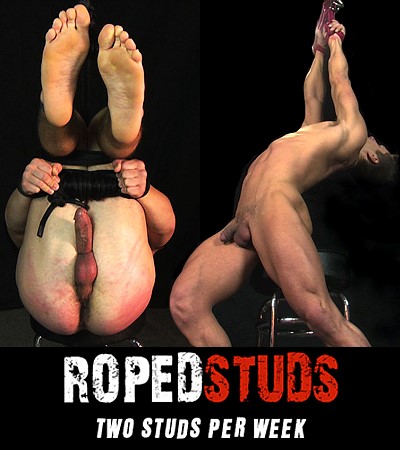 2 thoughts on “Chronicles of a Slave Trader – Chapter 02”