He pulled the duct tape from my mouth, removed the gag then released me from my wrist chains, one wrist at a time, then He unshackled my aching balls and held me as l sank to the floor, broken and spent.

‘There’s more to come boy,’ He said, ‘Now it’s my turn to come. Get up on your knees and work your tongue over my boots and up my legs, then you will fellate me slowly and properly until I ejaculate into your mouth. If you fail to satisfy me in any way you will feel this…,’ He brandished the now bloodied whip in His hand, ‘…across your arse!’

He must have seen my slight look of horror at the prospect of a further whipping so He said ‘I will fix your wrists and neck in rigid irons and control the speed of your fellating, so you will need to work your tongue to the best of your ability up and down my cock.’ He dropped the whip and left me kneeling while He walked over to the table and picked up a heavy looking rusty solid manacle, with provisions for the neck in the centre of the bar and wrist shackles at either end. At the prospect of once more being shackled immobile, my cock involuntarily hardened once again.

‘Wrists back boy,’ He commanded as He fitted the solid iron at first round my neck then with my wrists back, at the same level as my neck as far as l could manage, He clicked the shackles shut and secured them with small padlocks. He undid his flies and pulled out His erect penis, dripping with pre-ejaculate. ‘My boots, boy!’

I would have to admit He did look a magnificent sight, standing tall and proud, with the tight vest accentuating His muscled torso. By this time my cock had hardened to the point of becoming painful.

‘Yes Sir!’ l said, bending down as best l could without falling over, my wrists unable to offer any support, so that my mouth was just about level with the top of the boots’ soles. I licked round each boot in turn, with my tongue gradually working its way up towards the hem of His leather jeans. His cock meanwhile dripped precum over my face as I continued with my ministrations.

Suddenly He grabbed the solid irons and tugged upwards, causing me to gasp. ‘Faster, boy! My cock can hardly wait!’ He said as he hauled my head upwards so my mouth was level with His dripping penis. He yanked the irons again, roughly forcing my mouth over his cockhead. ‘Fucking worship my hard cock slaveboy!’ He growled, forcing my head back and forth with his strong grip on the irons. I did my best, working my tongue up and down and round and round His glans, every now and again working its tip under, just below the slit, then round the corona. He gasped in pleasure and lust. ‘Work my big hard cock, fucking useless fucking slaveboy!’ He said, jerking my neck irons faster and harder. I was loving the verbal abuse almost as much as l was loving the physical act of fellating this magnificent man. ‘Aaaaah!’ He sighed, ‘I’m Fucking comiiiiing!’ He yelled as l felt his hot sperm fill my mouth. He held my head firmly until His cock had finished throbbing out its juice then He jerked the irons backwards, wiping His wet glans across my face, letting go His grip of the irons causing me to fall to the floor.

By this time, I was ready for another beating, my penis ramrod straight. ‘How did I do, Sir?’ l enquired.

‘Fucking useless boy! I think you need to be taught a lesson!’ He said, leaving His now deflating penis hanging from His open flies and picking up the whip. ‘Kneel down and rest your forehead on the floor with your arse upwards!’ I got into position, arching my back to present my buttocks as best l could in order to receive the whip. ‘Don’t fucking move until l say so!’

He walked over to the table, coiled up the whip and laid it on the table then selected a vicious looking cane and returned, positioning himself behind me. ‘Open your legs boy, move your knees apart!’ He ordered. I did as l was told, shuffling about until l could feel my balls hanging free. He then proceded to kick them, not too hard at first, again and again, the kicks becoming harder. I yelled in pain/lust/pleasure. I then felt Him dragging the cane slowly across my taut buttocks. He then swished the cane a few times then without warning delivered a cut, just where the muscle at the top of my legs met the gluteal muscles. I screamed in agony. ‘You count boy!’

Another stroke, this time more or less in the centre of my buttocks, feeling like a burn with a white hot iron. ‘Two Sir!’

He waited for several seconds before striking me a third time. ‘Three Sir!’

All in all, I counted twenty strokes. He laid the by now bloodied cane down on the table.

‘Stand up!’ He continued, ‘I am a man of my word: l have had my fun so now l will give you that hard wank that l promised. This time, He retrieved the pair of tit clamps that He used earlier on me and fastened them onto my nipples, made even more tender and sore by an earlier well-aimed lash of the whip that had curled round my flanks. l gritted my teeth in agony. With one hand He tugged on the nipple clamp chain while with the other He very roughly worked up and down my rock hard erection. I bucked and squirmed as His wanking became faster and ever more brutal. Faster, harder, faster….l shot, sending my sperm high into the air. He offered his wet hand to my mouth, making me taste my own ejaculate for the second time.

‘Good slaveboy!’ He said as He removed my nipple clamps, undid the padlocks securing my neck and wrists and eased me out of the rigid irons. He hugged me and kissed my lips. ‘Did you enjoy that?’ He asked.

‘I – l did! l loved it!’ l whimpered, tears running down my cheeks.

He applied clingfilm to the wounds on my buttocks and back, where earlier the whipping had broken the skin, holding it in place with sticking plaster.

‘Is this what you normally do with your subs?’ I asked.

‘Sometimes,’ He replied, ‘It depends on what they want and how tough they are. You certainly have been one of the toughest l’ve had for a very long while. Once they start to yell and beg l release them and tell them to fuck off. They aren’t allowed to return.’

‘Why of course! Maybe we can try something else. Electro? You’d like that, l’ll bet!’ He replied. ‘We can arrange another session on WhatsApp.’

‘Electro, heavy bondage, anything!’ l replied as l pulled on my bike leathers, taking care not to disturb the clingfilm dressings that were now adhering to my wounds.

It was a painful motorbike ride back; my striped buttocks feeling every dip and bump in the road. l must admit that l found the pain a turn-on, making me think of the fun l had just experienced and the fun l would have in the future at the hands of this strict master. These thoughts would certainly guarantee another really good wank once l reached home.

Metal would like to thank Bikermike and slavebladeboi for this story! 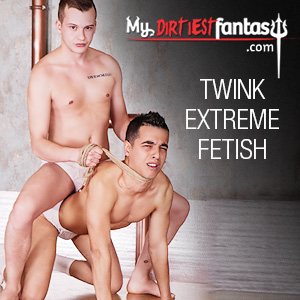