Chapter 13: But You Don’t Have to Pay Any Rent

I edged inside and he slammed the door.  “Well,” he said, looking down at me from the height of six feet three. “I seen you before, boy.  Guess you here cuz you got some more questions bout thee Program, right?  Guess thee best answers gonna come from what thee Major calls experience.  Doan you agree, boy?”

A chorus of laughs told me that the room, once empty except for the boss, was now filled with slappies.  The same slappies I’d been watching two days before were sitting in the Scrum or leaning on their bunks, and they were all watching me.

“He doan know boss!” one of them shouted.

“Give em some sperience boss!”

“Shut thee fuck up,” the boss said, pleasantly.  He was still looking down at me.

“Now you livin thee slappie life, boy.  You know that?”

He unlocked a closet, pulled out some large bulky brown objects, and dropped them on the floor.  “That you blanket,” he said.  “An that you mattress.  Pick em up.”

I got the blanket under one arm and the mattress under the other.  The mattress was made of plastic, and it was only a couple inches thick, so it folded in two, which was very convenient for my walk into the forest of bunks.

“You on rack 64,” the boss said. “Errol!”  A young slappie jumped off his bunk. “Show this slappie his place.”

Errol threaded his way through the lines of slappies leaning or lolling on their bunks, and I followed, carrying my thin plastic mattress and my thick scratchy blanket.  “Ri’ here,” he said.  “Top rack.  Number 64.”

I was looking at a crude wooden platform nailed to a crude wooden frame.  The little tin tag screwed to the post said “64.”  The platform underneath it held a slappie already in place.  Next to his head was a tag saying “63.”  So this was my new apartment house and my new neighbor.

Errol was a brown kid with a thick island accent.  Very thick.  He might even have been born on St. Bevons.  “Mattress go on top, blanket onna toppa that.  You keep it folded mon, alla time you not on it.  Ni’time, you do you boots thee way evrybody doin em.  You see what they doin, you do thee same.  You hang you shorts an you shirt onna rack post.  You cap too.  You keep you undies on you.  That thee rule mon.”

The slappie on the bottom looked at me and snarled, “Also thee rule mon, doan step on me while you climbin in.  Doan be touchin me, boy.”  He was a white guy, as young as the rest.  If he hadn’t been bald he would have been very hot.  Mashing his face would have been a real pleasure.

I dumped my mattress on the rack and my blanket on the mattress, and as soon as I did it a bell clanged and the slappies started lining up by the doorway.  I could see I had to join them, and they showed me my place—at the end of the line.  Churchill marched us out of the barracks and up the slab and into a room where we sat on wooden stools at long wooden tables and ate the food that the kitchen slaps dropped onto our wooden trays–food that might also have been wood, except that it tasted worse, and it smelled worse than it tasted.

Start with some kind of bread, soak it with molasses, add some chunks of something that might have been pork, then flavor it with cold lima beans and a fragment of some squishy island fruit.  Now you have a meal fit for a slappie.  I gagged on my first sporkful–not a fork or a spoon, but a spork—why waste money on two utensils?  I gagged, and the slappies gagged back at me, laughing.  “A diffrent dish for thee genleman, please!”  “But you gotta pay mon, whether you like it or not!”  “Defnitly, dude—he payin ri’ now!”

Then I heard “Garbage in, garbage out.”  It came from the slap on the stool next to me.  He had the white, narrow, childlike face of a young grad student.  I wondered what had happened to his grant support.  “It’s all that way, dude.  But you gotta eat it up, if you don’t want the pillory.”  I ate it up.

Back at the barracks, there was more of the same, especially about my problems using the “sanitary provisions”—the pairs of feet painted on the floor, with holes between them.  I remembered how interesting they had been when I took the tour.  Not so interesting now.  But after all that “food,” I definitely needed to shit.  I wasn’t the only one.  The slaps were milling around the water troughs and lining up by the piss trough, and there were several of them squatting over the holes.  Fuck it was gross.

I looked at them, and they looked at me.   “Cmon DUDE,” one of the squatters said.  “Gotta do it sometime.”  He was a muscly black guy, and I was ashamed to shit in front of him.  “Whatsa matter?” a white boy asked.  “Scare to show you nuts?”  “If ANY,” the black guy said.

Now there were a lot of them turning and watching me.  But I had to do it.  I squatted as low as I could and I pushed my shorts down over my feet, as far away from the action as they could get.  I thought my thighs were gonna crack.  Then I heard the plop plop fart blap blap blop of one of the biggest shits I’d ever taken.  Yeah, I’d needed that.

“Oh man!  Pull thee fuckin cord!” one of the watchers yelled.  That was the first time I’d noticed a cord hanging from the wall.  I pulled it, and a flush rumbled into the hole.  “You a real shitter now dude!” somebody yelled.  “You mean a real shit!” yelled another one.  “A real shithole!”, yet another one.  Everybody had something to yell.  Slaps apparently didn’t get much entertainment, and that night I was it.  Churchill looked on impassively—why should he care?  There was toilet paper in a roll on the floor, brown and stiff as cardboard, but I wiped myself and flushed again.  Then I pulled up my shorts and walked to the water trough.  There was a glob of soap sitting on the rim.  Brown and hard.  I used it.  Now I was clean.  What next?

“Use this ever day,” a big voice said.  Churchill was holding something out to me, dwarfed by his giant hand.  It was a toothbrush, about the size of his thumb.  “Paste over there.”  In one corner of the room there was a steel jar screwed into the wall.  Push its handle, and a tiny bit of toothpaste squirmed out of it.  “Doan waste that shit,” Boss Churchill said, “or I’m gonna punish you.”

Some of the slaps were sitting around on old wooden chairs, chatting.  Others were lying in their bunks.  I hoped I remembered where mine was.  I didn’t.  I was wandering up and down the aisle, holding my toothbrush.  “What’s thee matter, ol’ man?” I was asked by various island voices.  “Losin you memry?”

“Awright,” Boss Churchill said.  “I show you thee rack.  But this is thee last time.  I do it agin, I punish you.”

He took me to rack number 64, pointed out the nail where my toothbrush had to be hung, and watched while I took off my shirt and my shorts and my cap and hung them from the bunk posts that the slappie in number 63 wasn’t using: “Keep to you own posts boy.”  Then he watched while I set my boots down next to the boots of number 63, sticking my sox in them the way he did, and pulled myself into the upper rack, being careful not to step on the face of number 63.  I was trying to get the blanket around my shoulders when I heard a clanking noise and felt something cold on my ankle.  I reared up to see what was happening, but when my leg pulled back it was stopped by an object that wouldn’t yield.  It was a shackle!  My leg was shackled to the rack!  “That keepin you safe for a while,” the boss said, and walked away.

I squirmed in the bunk, trying to find out how much room my foot had to maneuver.  Not much.  And it would take some time before I learned how to sleep in a collar.  I watched while the other guys climbed into their bunks, grinning and taunting me.   “Now you in thee XECUTIVE suite boy.”  “Thee room at thee top.”  “Doan pay much, but it’s a lifetime job.”  At last the lights snapped off.

The windows were covered with bars, but a faint glow leaked through from the floodlights on the slab.  The bunks were all around me, like a jungle—a jungle full of wild animals.  No, a zoo full of tame animals.  Animals being tamed.  It made no difference—I was inside it.  Locked inside, with the noise and smell of a hundred bodies packed in a space the size of my garage.  Last night I was dreaming happily on my bed in the King George Hotel, warm and pampered and full of plans for my new life as proprietor and owner of slappies.  Now I was lying on a plastic mattress on a wooden plank, with my leg chained to the bunk, and 100 other slappies snoring around me.  OTHER slappies! 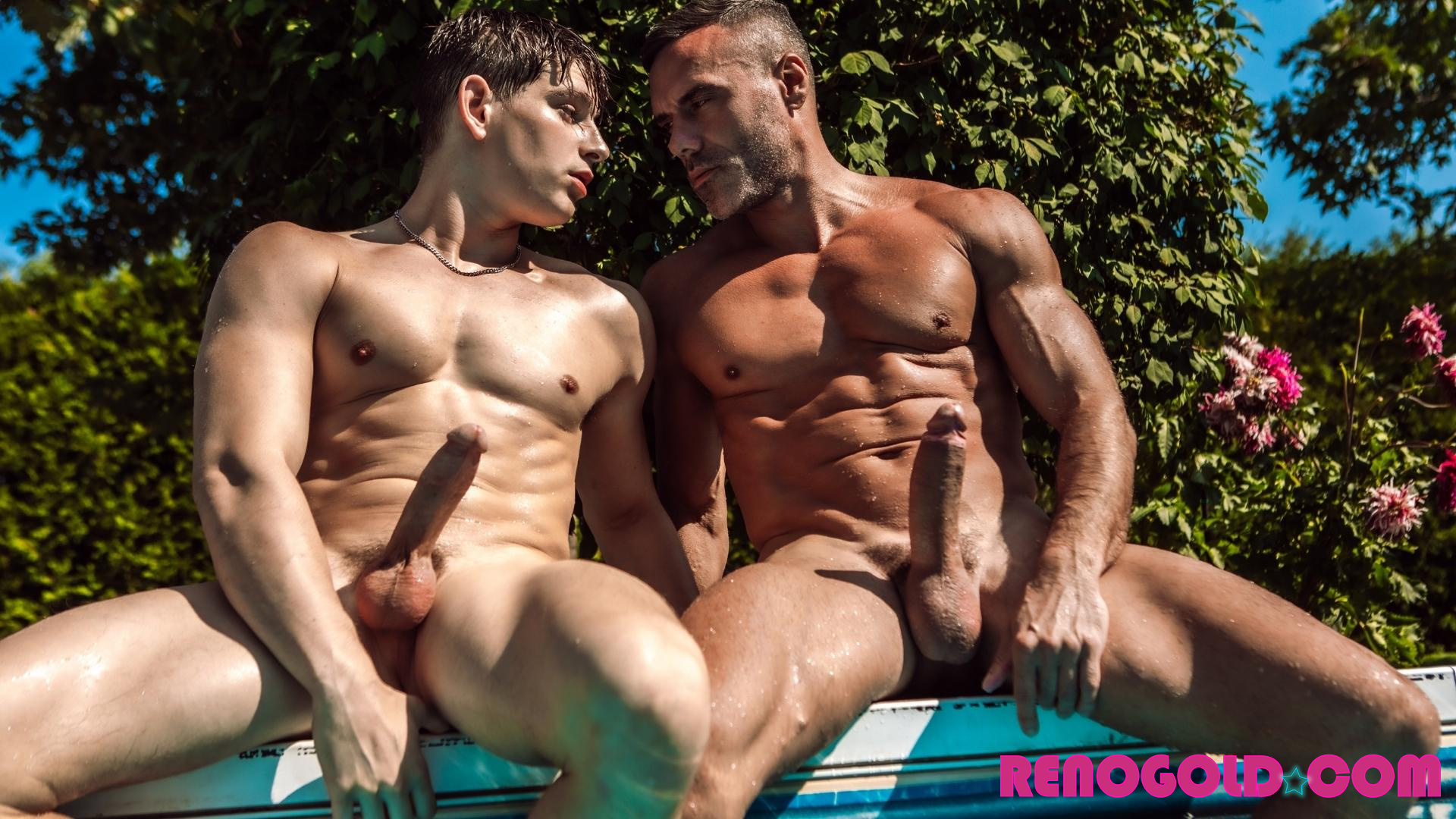