Chapter 1: A Great Place for the Whole Family

Hey, what’s goin on?  I’m not an interruption–I’m Joel, and it’s my turn to talk.

You don’t know me yet, so I’m wondering how to introduce myself.  I guess it doesn’t matter.  Just think of me as the Boy Next Door.

You know the type.  I’m sorta tall, and sorta blond, and I was sorta popular in school.  Picture me raking leaves in the front yard, wearing a red flannel shirt, with a light blue tee underneath it.  I was never behind any white picket fence, but my family lived in a pretty good neighborhood and I went to a pretty good school, which means there was zero crime and only a couple fistfights out behind the gym.  Lack of tradition, lol!

Anyway, I went out for sports and was good in English and real good in math.  Dan—he’s my older brother—went to law school, so my parents thought I should go to med school.  The summer after my junior year in high school, my dad’s friend Dr. Lowery got me a volunteer gig at the hospital, which meant following the doctors and nurses around while they did their things.  When they were with a patient I had to say—“Hi, I’m Joel, I’m a volunteer, just learning stuff”—and the patients were always nice about that.  The nurses and doctors weren’t always nice to each other, but they were nice to me.  I wondered how I would feel if people actually weren’t that nice.  Maybe it would be more interesting!  Don’t ask me whether I wanted to be a doctor.  I don’t think I did, but I guess it was as good as anything.

Fast forward to August, right after I graduated.  I’d done my summer hospital thing again and I was on my way to college in September, so my parents took me and my brother on a trip.  My brother was 23 and he was in law school but in our family we always went on trips together.  Dan started hating that, but he was still doing it.  He did tell me, “Next year it’s gonna be different; it’s just gonna be Harper and me.”  Harper was his (stupid) girlfriend.  “And we will decide where we want to go.  I’ve had it with all these family values.”

I guess I’d never really thought about that before—maybe because I didn’t have a girlfriend.  Or a boyfriend!  Which is what I’d rather have had!  Course I’d never told anybody that.  Anyway, the place we went was St. Bevons Island.

So that was new.  We’d always gone to Florida before.  Except one time when we went to some place in Vermont, which was boring.  No alligators!  Of course, Dan always said that our parents would make anything boring.  Wherever we went, all they wanted to do was shop.  That is, my mom did.  My dad followed along.  Sometimes they played tennis.  Which they were both too old and chubby for.  But they always had friends—like, their country club friends or my dad’s business friends and their wives.  That’s why they went to those places, because some other couples did.  If there wasn’t something exactly right about the room, or the tennis court, or the napkins, or the silverware, or something else in the restaurant, my mom would have a fit.  My dad would sort of look off the other way and hope it would be over soon.  I could tell more stories like that, but they wouldn’t be interesting.

The Explorers Bay Resort on St. Bevons was the kind of place I’d expect my parents to go: beach, courts, pools, poolside bars, courtside bars . . . .  They had whiskey tastings, and there was a restaurant where they cooked at your table and set fire to the food, big flames, which was so dumb but everybody loved it.  You couldn’t walk out of the resort and get to anything interesting, not for a couple of hours, anyway, but there was a tour of the island that was part of the package, and that was sort of fun, if your parents weren’t along.

It’s not that I hated my parents; they just bored me.  They were always there, but they were never really THERE—know what I mean?  I don’t think I was all that tight with my brother, either.  He insisted that my parents pay for separate rooms for us.  I was 18, but I couldn’t drink, even on St. Bevons, and he liked to drink.  Especially on trips.  I’d come to his room, and there’d be bottles all over.  One time we were walking past the Sports Bar at Explorers Bay and there were a couple of island girls in slinky clothes and makeup and my brother said, “You want a whore, Joel?”, but I couldn’t tell if it was a joke.  I just blushed.  Anyhow, Dan spent most of his time in the bars and the casino.  I used the pool, walked on the beach, and curled up with the internet.  That’s why I was still in my room when the slappies came.

I must have seen slappies before, probably sweeping up in the airport or running errands downtown or even fuckin around, doing something at Explorers Bay, but I know I didn’t get a good look at them.  You see guys in janitor uniforms and delivery man uniforms and so on, but you can’t stop and check them out, especially if you’re with your parents!  I remember the time I got a B in geometry–I think because Billy Kochak was sitting next to me and I kept gettin distracted–my parents had a serious talk with me, and my dad said, “We just don’t want you to end up like those guys that deliver packages.”  Who I used to wait for so I could be the one that signed for the stuff and got to see them up close!  I really liked the one named Steve.

But anyway, when I took that tour—which I slipped out and took by myself, because I just wanted to see whatever old buildings they had, and the volcano and so forth, which was interesting, and NOT have to listen to my mom earmarking all the quaint little places where she was dying to shop . . . .  OK, when I took the tour, the slappies got mentioned once or twice.  Some old hen like my mom—sorry!—asked whether the guys that were loading furniture into that truck over there were the “servants” she’d heard about, and the guide says, “Yes, madam, we have many of them here,” and another lady says, “Why do they call them slappies?”—so she knew the word–and the guide says, “Oh, you are learning our language!  It is because they are working for the SLP,” which I guess was enough because nobody asked what SLP actually stood for.

But gettin back to the morning when the slappies came to my room . . . .  There was a knock on the door and somebody said “Housekeeping!” the way you hear all the time, so what, it’s the maids, and when I opened the door to get rid of them there were two young dudes in brown shirts and brown shorts with little brown caps on their heads, and they were hot.

How many times do you have hot dudes knocking on your door, wanting to come in?  I don’t know, but it had never happened to me!  So I was surprised, and maybe they were too.  I guess they were used to seeing broken down old people, if they saw anybody, because at places like that everybody’s supposed to be out eating or buying things or something when the housekeeping crew comes along.  I mean, old people get up early, not like dudes that are gamin all night, like me.  Or just sackin out in the big soft bed!

But there I was.  I looked at them and they looked at me, and then they looked down, sorta bashful.  “Scuse us sir, may we clean you room sir?”  Little eyelash flutter.  So they were way cute as well as way hot.

I was so surprised that I said that!  Because why would I want to stick around?  I was already dressed, sort of.  I mean, I had my shorts and my t-shirt on, and my flip-flops were right next to the chair.  So why would I stay?  But that’s what I wanted!

They looked in my face and smiled, which almost, like, knocked me off my fuckin feet.  I’d never met very many gay guys, at least gay guys that liked me, in fact hardly any, but these dudes were smiling exactly the way I imagined somebody would smile if he thought I was hot.  Kind of the way I was probably smiling at them!  I just wished I’d put product in my hair that morning.

“No problem—sir,” Patrick said.  I knew his name was Patrick because it was printed on his shirt!  “MY NAME IS PATRICK.  HOW MAY I SERVE YOU?”

So, like, what did I have in front of me here?  The uniforms, the manual labor thing (my dad was always saying that so-and-so’s kid was “gonna end up doing manual labor”), and those weird things that were on the uniforms, which when I looked closer said “SLP” under the “My Name Is” part!  So these were slappies!  Who were, like, guys that not everybody wanted to get close to, because the night before, I’d overheard one of those cooks with the flaming dishes, and he was saying, “Doan gimme no more slappies roun here mon!  Take em back wherever you got em mon!”

So fuck!  Lots of interesting stuff goin on.  I held open the door.  “We be through in a minute or two maybe,” Patrick said.  And came in. 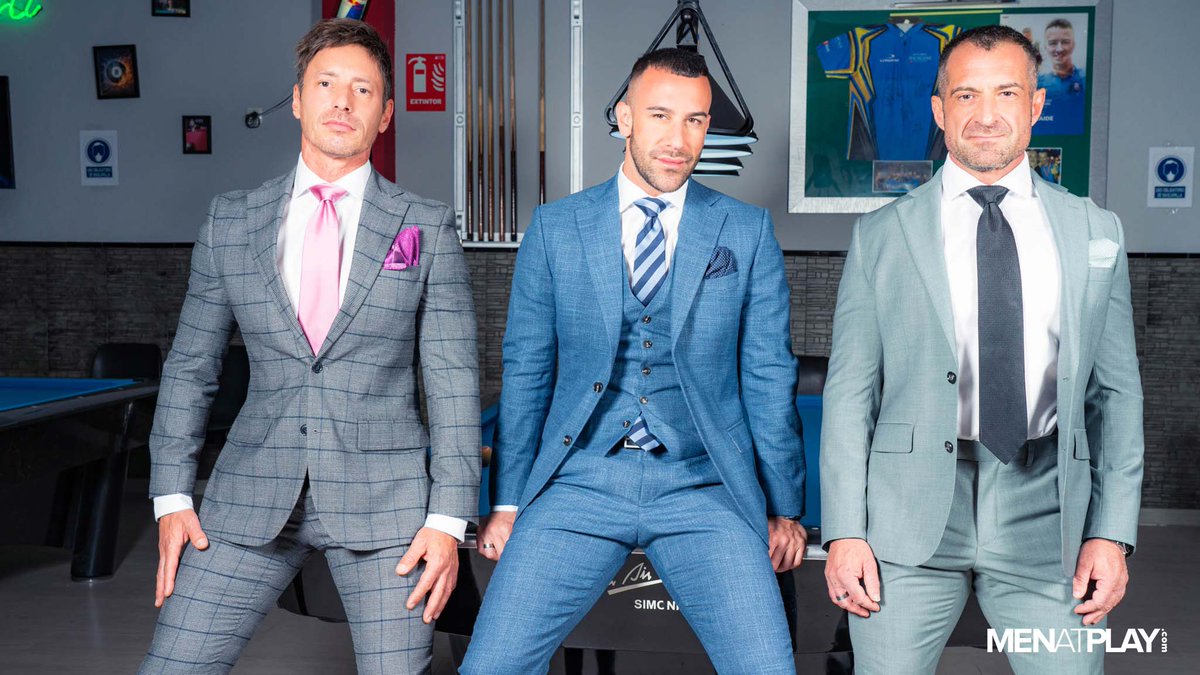