As my bondage goes it was reasonably simple. A collar, a length of chain and a few accessories. Of course, the devil, as they say, is in the detail.

The collar was solid steel, thick, heavy – it weighed several pounds and you certainly knew you were wearing it although several subs have told me afterwards they thought it was wearing them.

The chain was also steel and no light weight. It connected to the front of the collar and ran tightly straight down Greg’s chest, over the abs and connected to a ring round his cock, then to a 5lb ball stretcher weight, after which it forced its way between his ass cheeks where it kept the electro plug well and truly secured before returning with no slack whatsoever to the back of the collar. Quite near to the shoulder blades a couple of links ensured his wrist restraints could not move downwards and he had no desire to lift them, something of a physical impossibility anyway considering their position.

Oh, and a blindfold.

And that was that. I left his legs free to do as he wanted but eventually had to use a gag on him. Moaning and pleading can get tedious for the listener, even over the intercom.

He was in our cellar. It was solid, brick built and old. Best of all it seemed to be more or less sound proof without us doing anything to it. We had bought the house a year before as our project. Do it up, make a killing and move on to something bigger and better. The cellar was to be just a storage space until we saw it with new eyes. 20 feet square, a good 15 feet under ground and with damp etched walls. When adding central heating to the main house we diverted some of the hot water pipes around the top of two of the walls. This, we thought, would cure the damp. Instead it just made it humid. A room you started to sweat in after only a couple of minutes. And he was certainly sweating now. Greg, a 28year old, 6 foot, muscular personal trainer who is also my dearest partner looked now as if I’d oiled him for some fetish photo shoot.

You’d not think he was, my dearest partner that is, all that swearing and pleading and eventual threatening, but we had been together for over 6 years now. Me, 2 years his senior and the love of his life.

Greg and his mad ideas.

He wanted me to ignore him or at least ignore him when he used our safe word. We’d always used a safe word and we’d always been very careful with it. Never use it lightly but never ignore it if one of us used it.

I’d been against it and said No. I’d argued about the physical dangers. I’d outlined the possibilities of it going a way he’d not expect but nothing stopped the nagging.

So, eventually I gave in.

He’s now in the cellar, shoulders killing him, sweating like a pig, his asshole fried ever few minutes with electro pulses that are making him scream blue bloody murder, his balls giving his gut spasms from the weights swinging between his legs as he flounders about in the pitch dark and the collar, his constant weighty companion. He could sit down but if he does I simply fry his hole again.

He learned that one quite fast, but not fast enough.

So I introduced some little extras. Simply another chain hanging from the ceiling which I padlocked to his chain halfway between his ass crack and his wrists. That made sure he couldn’t sit down but gave him enough slack to move about a bit.

And a pair of clover clamps to help keep his mind off his cock, perhaps.

He did well to start with, I think. Lasted a couple of hours before he started complaining. That got worse as time ticked on and I pretended not to hear. After another couple he was really into pleading and threatening and saying the experiment was over.

He’d done it so to speak. Safe word given, me not releasing him immediately, game over.

My own interpretation was, as you can see, slightly different. No safe word meant exactly that. No safe word. He could call it, yell it, grit his teeth with it but as far as I was concerned there was no safe word.

He finally got it when I strapped a decently sized ball gag into his mouth. Not sure if his tears were because I kissed him deeply before I gagged him or because he now knew it wasn’t quite so simple as he first thought.

Its been eight hours now. He hardly moves any more. The electro sometimes elicits a groan or even a yelp but it’s lost in the gag. How long do I make it last? 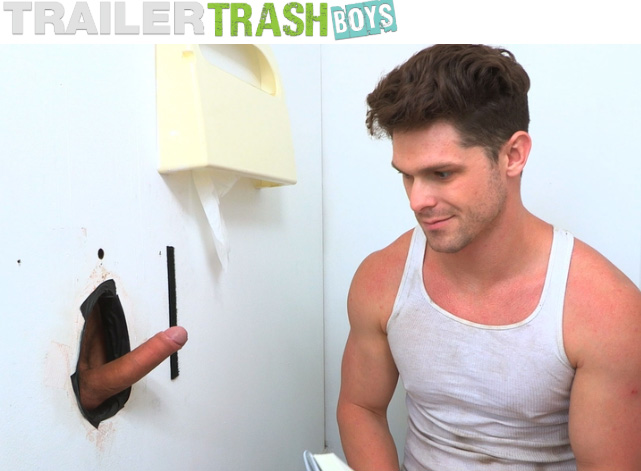