Joey lay still. The cold, hard concrete under him made his shoulders and hips hurt but there was little he could do about it. The chains that held him in a tight spread eagle gave no mercy to his joints. He debated whether to open his eyes or not. Blindfolded, all he saw when they were open was the same black, endless void that confronted him when they were shut. Why bother. It was easier just to, well relax was probably not the first thought he had, but perhaps become less confused, less frightened? Little choice but just wait for the sound of the boot leather on stone as they marched over to where he lay prone.

Time had very little meaning for him. He had tried to think clearly about how he had got where he was right now, but it all became a confused mass of disjointed, chaotic thoughts over which he had no control. Hours, days even. It couldn’t be longer than days could it, to be used and abused by both of them.? He presumed there were two of them as he regularly felt four hands, whether they were the same four hands every time was an unknown. And it felt like he’d been there for ever.

He was hauled up, beaten across the ass with canes until he could no longer scream, hung from a beam and flogged until his back burned like fire, his nipples never recovering from one session to the next and he now knew, over and over, what pain felt like to have his hole roughly filled and stretched. But there was one redeeming feature, a point he welcomed and longed for each time they finished their “fun”. With well-greased hands they slowly and methodically brought him to the most amazing orgasms he had ever experienced.

At the end of an eternity his cock felt like it had dynamite exploding from its tip as he pumped large globs of hot cum over whatever and wherever they aimed it. Being a healthy 19 year old, Joey had plenty of skill in that department already but nothing he’d ever managed to do to himself came anywhere close to what they were able to achieve. The hands that held him down found and explored erogenous zones he never knew existed. But it always ended the same way. Exhausted and limp he was forced to drink some tasteless liquid before he was once more chained tightly, face up on the cold, unforgiving concrete and left to recover the best he could.

He squeezed his eyes tightly shut then opened them slowly. It was more a reflex action than a purposeful intention but, whatever, it came as a total shock to him that he vaguely saw the extent of the room he was in. A pathetic glow from a single, dirty, bare light bulb which hung from an equally filthy flex was enough to outline the simple confines of his prison. He sat up, then regretted the movement which sent shards of pain down his back. Then, immediately forgetting his cramping muscles, he quickly realised he

The restraints had gone. He looked at his wrists. They bore the marks of the rough edges the steel cuffs had made on his skin. Red raw in places. The same with his ankles.

Cold fingers began to creep around his gut as his situation gradually became more clear. He was no longer simply at the mercy of his captors, to have no choice but to succumb to their will. Now he had to make decisions for himself and this became more fearful to him than before. The room appeared to be about 20 feet square, solid grey concrete floor and walls. The ceiling was lost in the shadows.

Instinctively he knelt forward before slowly pulling himself up to a standing position.  It was at this point he looked down and saw the light glinting off the metal chastity cage he was wearing. He stared at it. When? How? His fingers felt around the steel. Discovering the small padlock it became obvious he was not in any position to remove it. He was afraid. Was this simply a trap, would any action he took get himself into a worse position? Tears ran gently down his cheeks. He sobbed into his hands.

Who the fuck were they?

As he wiped his eyes and he grew more accustomed to the pale glow of the single light bulb, he noticed that the wall in front of him held a door, a thick wooden door which stood slightly ajar. Similar dim light to that which he was already immersed in was creeping around the gap. Was this another deception being played on him? Once he opened it would they jump him and what, kill him, torture him some more?

What did they want?

What had he done?

His bare feet made no sound on the concrete floor. Reaching the door, he put the fingers of his right hand around the edge of the wood and slowly pulled.

He expected to hear a creaking, a sign of the age of the hinges, but nothing. With a single touch the door moved easily and swung open under its own weight. In front of him he could see a passageway, more like a tunnel than a corridor, with its curved stone ceiling, about 50 feet long ending at yet another door. He took a couple of steps, no noise, no anything but the sound of the blood pumping in his ears. As he reached the end of this passage he saw this door was closed. There was a metal latch but no lock. He stood. The cold fingers were now grasping tightly at his gut to the extent that he felt physically sick.

He breathed deeply. Slowly, he raised a shaky hand.

One more deep breath and he grabbed the latch and pushed the door open.

Revealed in front of him was a small brightly lit room with walls of bare brick. It was empty apart from a large wooden table in the centre, a couple of upright chairs and a cupboard to one side.

No signs of life.

No sounds of movement.

He was as alone now as he had been since he had sat up unchained in his dungeon cell.

Moving apprehensively, he noticed a sheet of paper and a small glass on the table.

No name, no signature, just a simple message.

Your clothes are in cupboard. What you’re already wearing is a gift from us, no charge. For the key however there’s a price to pay. If you want to get out of here do as instructed. Get your clothes. Once you’re dressed sit at the table and drink the glass of water. We’ll be in touch. Until then enjoy your free gift.

He ran through his choices.

All one of them.

He opened his eyes slowly as the sun was high overhead and blindingly bright. The solitary bench at that rather remote end of the park near his home felt warmer and more comfortable than any stone floor.

Reality then struck him like a kick in the balls. He sat bolt upright. He felt the hard lump at his crotch and shivered. All he heard in his mind was that last message. “We’ll be in touch.” 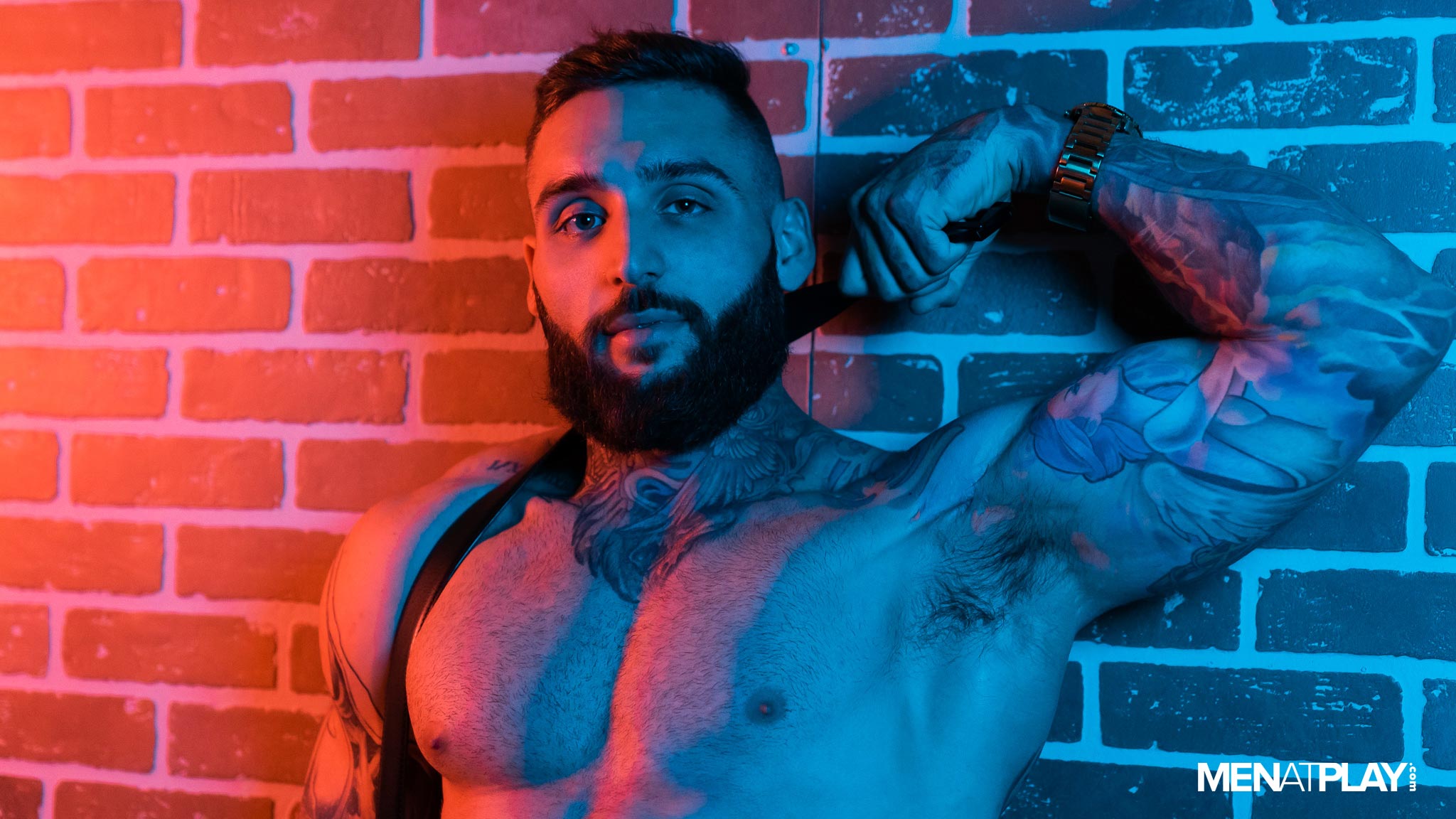