I walked over to the door that Billy had told me to go to and went inside. There was a waiting room with several chairs and at one end of the room a small window with a grille and a woman in uniform sitting behind it. I walked up to the window and got out my surrender notice and placed it on the counter.

‘My name is Paul Waring, I’m due to surrender today.’

She stared at me blankly and took the paper, then tapped a few things into her computer. ‘Take a seat, you will be called shortly.’

I sat down–there was no one else in the room–and waited. The longer I waited the more nervous I became. I had left my watch at home at Billy’s suggestion, along with my phone and other personal belongings. There was a clock on the wall which was now showing 10:15. I wanted to get things moving; this waiting was becoming intolerable.  What was keeping them?  I checked the clock again. 10:22, nothing. The woman behind the counter was reading a magazine or newspaper or something, this was just another day for her. Then all of a sudden I heard a door swing open.

‘Waring!’ an officer shouted, which seemed a bit ridiculous, seeing that I was the only person there. I got up. ‘Turn around and place your hands behind your back,’ the officer ordered.

I did as instructed and felt the cuffs snap around my wrists. I was used to this feeling by now.  There had been barely a day in the last three weeks when Billy hadn’t cuffed me. But this was different. This was like when I was taken to court that first time, only then I knew what was likely to happen.  Now I was venturing into the unknown.

The officer led me through the door he’d come out of, and I could immediately see in front of me a large holding cell containing half a dozen other guys, the youngest looking like he was about 20, wearing just shorts and a t-shirt, and the oldest a not unattractive middle-aged guy.  The officer opened the door and pushed me in. ‘Take a seat, we’ll be with you later.’ I sat on a bench. The other guys all sat in silence, and we waited like that for what seemed like another age. Eventually one of the officers came to collect a prisoner, and shortly after, another one arrived.

It went on like this for about another hour and a half before an officer called ‘Waring. Come with me.’ He opened the door of the cell and I followed him into another room.

He unlocked my cuffs and told me to empty my pockets. I had only a small amount of money on me. Everything else I had left at home. Then he got a plastic tray and ordered me to get undressed. I was only wearing a t-shirt, jeans, sneakers, and socks. Billy had said that if I wore white underwear I would not have to wear jail boxers, so I made sure I wore black boxers. These I took off too. The officer then checked my hair, my mouth, my ears, and the soles of my feet before making me lift my nuts and bend over and spread my cheeks. He then inspected my arse and told me to squat and cough three times.  Now I look like a monkey, I thought.

Next he grabbed a set of jail clothes. As before, white boxers and socks and orange scrubs, now with INMATE on the legs and MONTGOMERY COUNTY JAIL on the back.  I climbed into my new wardrobe and was taken to have my fingerprints and mugshot taken again. No doubt this would be on the website by the time I got out. I hoped so. I hoped Billy would be looking for it and jerking over it when he got the chance.

From there I was taken to another holding cell, where there were about ten other guys, some of whom I had seen from the previous holding cell. This time though we were all dressed in orange. I waited there for what seemed like hours. Other guys were brought in and some that had been there before me were taken out. Eventually it was my turn. The officer called my name and let me out of the cell. He told me to walk on the left-hand side of a yellow line that ran down the middle of a corridor, while he walked on the left. “Inmates stay to the left.” Then he stopped and told me to pick up a bundle. This seemed to be a thin mattress wrapped around some other stuff, which I couldn’t quite see. The officer ordered me to keep moving down the corridor, until we came to a secure door with thick glass. As we arrived, a loud buzz came out of the door—the lock was opening. The officer pulled the handle and ordered me inside.

I looked ahead and saw a large square area littered with tables with stools attached, the sort of thing you might see in a picnic area, though these were steel, strong and clinical.  Prisoners in their orange suits were sitting around, talking to each other. Some looked up as I came in, but most just ignored me. Around the wall and on the upper tier were a number of solid doors. These I guessed were cells, and most of the doors were open. The officer told me to climb the stairs to the next tier. I followed the instructions and as I got to the top he told me to keep walking and ‘stop outside 27.’ I started counting down the cells as I went by.  24 was empty; in the brief second as I passed, I looked through the door and saw a plain room and a bunk. 25 had a guy sitting on his bunk talking to someone I couldn’t see, probably his cellmate.  26–I was getting close now. 27! I stopped outside the door.

‘This is your cell, Waring.’

I walked in. It was small.  Two bunks, a toilet and wash basin combo, and a chair. That was it. Somehow, as I was walking past them, I imagined the cells to be larger. On the lower bunk there was another prisoner lying down, reading a book.

‘A new friend for you, Bevan, show him what to do.’ The Officer turned and left.

Bevan put his book down. ‘You’re on the top bunk. You should find a toothbrush, toothpaste, and towel wrapped in that mattress.’

I put the bundle on the top bunk. ‘Do they leave the door open?’ I asked.

‘They let us out for a few hours a day, food and recreation. Another half hour and they’ll lock us in.’ I didn’t know what to do, so I started to undo my bundle and spread out my mattress out on the top bunk.

‘First time?’ Bevan asked as I began climbing up to the bunk.

‘Yeah, other than the night I was arrested.’

‘Just starting a 12-year stretch,’ he said, very matter-of-fact. ‘Waiting to be transferred to the state pen.’

‘Crashed a stolen car into several other expensive cars.  While the cops were chasing me. They caught me with a gun and slightly more coke than I could claim to be for personal use. By the way, the name’s Jack.’ He put his hand up to the top bunk, and I took it.  ‘Paul,’ I said.

Shortly after, the guards ordered the remaining prisoners in the recreation area back to their cells. In a little while, the door to our cell slammed shut.

I was lucky to be locked up with him. He knew what was going on and told me what to do and not to do. He told me he had just turned 30 a couple of days before. He’d got into working as a runner for a local drug gang to make a bit of extra money, but the cops had been watching them and gave chase. Jack was driving a car that one of the gang had lent him and had been stolen a couple of days before. The DA wanted him to give evidence against the gang, but he had a girlfriend and a kid and he couldn’t risk them being hurt in retaliation.

The next day passed slowly. I only left the cell to get food; there was no need to do anything else. Jack stayed on his bunk and seemed happy to have someone to talk to. It seemed as though he had been in jail a few times before, though he had never been to state prison and was clearly a bit nervous about that. I felt sorry for him. I was getting out in a couple of days and he would be off to prison for 12 years. If we hadn’t met in jail, we would never have met, let alone talked as much as we did.  It was like we were becoming friends, but the friendship wouldn’t last. He was going to prison and I was going home to Billy. 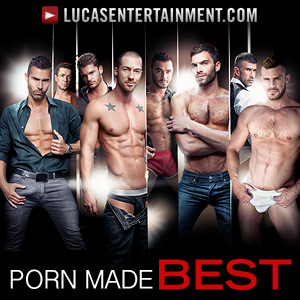