Once more, it is a true story…

I have been a soldier for a couple of years. The army was the kind of life I always wanted to get, and I did not regret to leave everything of my previous life behind. As a matter of fact, I would say today we had some odd way to behave, compare to the life I have now, after I left the army. But in the past, it was not rare to have odd way to behave, and get punished for that…I won’t make any psychology right here, and will tell you what happened one day…

The officer decided I was to be punished.

Don’t ask why, I probably deserved it…He wanted to teach me a lesson. So I was to be ready at 8PM, standing at attention, just in front of my squad building.

After dinner by 6.30 PM, I get prepared. I was dressed in standard battledress. In the ’80s, they used to be plain green. Just before 8.00, I arrived on the spot, and stood at attention. I waited about 3 hours, not moving, and not seeing anybody. Of course some soldier mates were passing through, but no officer. I was getting tired and wondering if I won’t spend all night here.

By 11.00 PM the officer arrived. It was really dark and the lamppost on the wall was the only source of light. He watched me and after a short period, ordered me to go and get totally undressed, and come back at attention. He allowed me 3 minutes to do so.

I rushed to my room, get undressed, and went back in the courtyard as soon as possible. The officer was still there, waiting for me. I went back to attention, and waited.

He went. I stayed waiting. It happens sometimes to leave a soldier to attention for minutes, or hours, without anybody by him. We all know we have to stay. It was not very pleasant right now as the night was chilled.

About 15 minutes later, the officer came back with a jeep. The PM (the Military Police) handcuffed me in my back, and I was put inside the jeep. I was put on the floor, not to be seen from people out of the jeep.

The jeep left the barracks and we went through the town. When we were in the countryside, I was allowed to sit down on the floor of the back of the jeep, and was given a rag to protect me from the fresh air. Two PM were watching me, holding their truncheon in their hand.

We did about 20 minutes in the countryside, and the jeep eventually stopped.

We all left the jeep. We walked about 50 metres, and stopped. The officer told me I was to be left there, and I had 6 hours to get back to the barracks. He said we were about 20 km away from the barracks, and I was able to do so… Of course, no map, no compass. I roughly knew where I was, but no much clue.

They took the rag of my shoulders, and offered some boots to protect my feet. I accepted, and I was to get inside the boots, no socks. No laces too, but they fasten the buckles on the ankles. I was unable to remove the boots now. By the way, I noticed the boots were quite tight, probably undersized…

Just before they left, one PM kicked my balls, hard, and I fell on my knees. They all jumped in the jeep and left me.

It took me a few minutes to recover and be able to stand up. I was unable to rum by balls to ease the pain.

When I managed to be able to go, the jeep was totally out of sight. I was in almost total darkness. I tried to organise myself, and tried to think. I noticed we’ve passed by the training field we use at times a few kilometres away, and were further on the same road. If I could go back to the field, I could go through, and find my way back to the barracks. So I did.

By chance, the road was very quiet, and I only saw one car arriving from far. I jumped in the ditch on the side of the road to hide me. I knew if I was discovered naked people could call the Gendarmes, and I would be in trouble. We all heard about such problems, so I was aware of that. The ditch I had to dive in on the side of the road was not a stream actually, but was filled with stagnant water that had stood there for days…. It was quite dirty, but I had no choice. I made my way easily to the training field. Unfortunately it was locked, so I was unable to make my way in. I decided to follow the fence, as there were some places that weren’t closed. I walked on the road, next to it. It was a long walk as I never realised such a distance of fences were put around here. After a while, I was able to get in. I did not know this part of the field, as it was quite bushy. I found my way through it anyway, being certain I will manage to find one of the major tracks that run inside the big estate.

The bushes were scratching my skin, and some were slightly damaging it. After a while, I get into a clearer part. I had to proceed. I took straight away toward the hill I saw quite far away. It was a well known landmark, so I would easily find my way back.

After a few kilometres, the hard soil turned to be muddy. I did my best to keep my balance and carry on as I could see no path to avoid it. I walked, and started to slide several times, but I managed to keep my balance, even with my hands cuffed in my back. Unfortunately, what should have happen happened, and I slid and fell in thick sticky mud at once. I was almost all covered with mud from toe to head. Even on my face. I hardly managed to rub my eyes to be able to see. Then I tried to carry on, more carefully.

I reached the hill and climb up to the top to get orientation. In the far end, I was able to see the lights of the town. I thought I was only 5 to 8 kilometres away from the target. Down hill again, toward the town.

The route to follow was a sort of large S shape but there would be no problems. I followed some paths, crossed some fields, went through some woods or bushes. I managed quite well. The mud on my body was drying slowly.

Later, the night of the new day was rising. It was still dark, but not that dark… I fell another time in a bushy area, and fell on my knees, hurting them hard. I ignore it as I was wondering if I was still on time. Later I noticed I was bleeding, but not that much by chance.

I suddenly remembered there were fences on this side of the field, So I changed the direction in order to avoid them. I knew where they end, but there was a trench to cross. So did I. I had no problem to cross the trench as I was on the right side. If I was to get in it would have been almost impossible.

Eventually, I made my way out of the field, and followed the fence. I took a short cut through the orchards that were outside the town, and after a while, I get to the back gate of the barracks. A sentry was on duty. I knew there was nowhere to get in without passing a sentry. I went by him, and asked if he could let me in. He watched me and asked who I was. I told him, and he accepted to let me in. It was only 5.10 AM. I was on time.

I went toward my company building and put ma at attention art the place I was 6 hours earlier. When I say staying at attention, it is a manner of talking as I was still handcuffed in my back!

By 6.00, the officer arrived on the spot. He noticed I was there, exhausted. He had a wicked smile when he watched the dirty condition I was. It seemed he was enjoying the condition I was.

Shortly after, the PM arrived, and I had my handcuffs removed. The Officer ordered me to get clean and in full kit within 30 minutes. So did I, and I get back on time there.

I had to go and take a normal duty day, without breakfast or rest, but I was OK. After all this, I must admit it was hard, stressful, but I quite enjoyed it. On the other hand the cuffs were a little bit tight so I kept marks for hours… 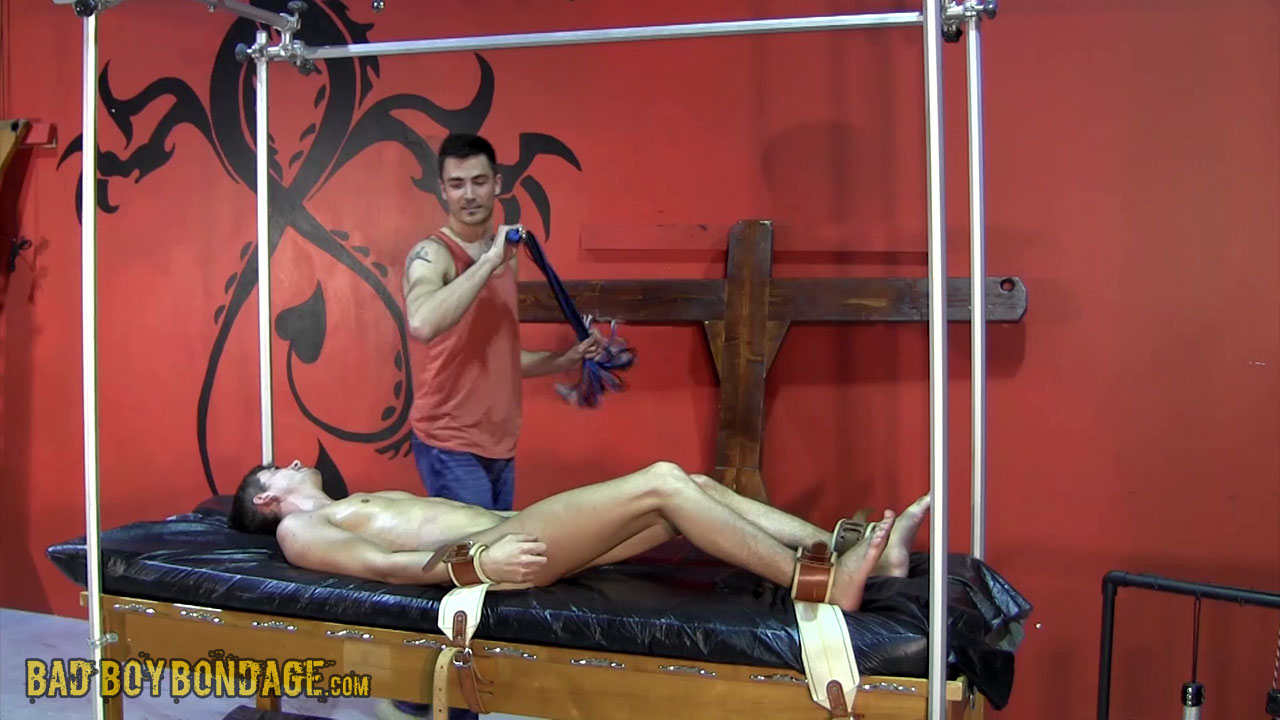