By Hung in Handcuffs

I thought I would just be able to slide through that minor traffic ticket with a quick guilty plea wearing dark jeans and a bright white polo before catching the NE Regional to meet up at my buddy’s house to hang out. I was a young guy — and it was just usual traffic court so I would apologize, pay up, show the judge respect and call it a day.

Turns out there was a change of plans, there was a severely overdue fine from a parking ticket I had gotten back in college during finals that had somehow slipped my radar. Awkwardly the judge informed me that I was automatically remanded into custody since it was an outstanding warrant, in front of a packed courtroom of people who forgot to update their tags or had minor speeding tickets.

Shocked, I allowed myself to be quickly handcuffed behind my back before almost forgetting my bag. Still stunned, I quickly nodded back at my backpack sitting under the chair I had been waiting in for my ticket number to get called.

Another cop standing by the entrance grabbed my bag and followed the bailiff as he directed me past the fine wooden magistrate bench and through a back door that led to a concrete holding and processing facility. A clean-cut, 6-foot-3 guy in his late 20s arrested on the spot unexpectedly only shook up the monotony of traffic court for a few moments before the judge called the next ticket — this sort of thing was bound to happen from time to time, after all.

The moment I was cuffed I embarrassingly felt my sizable dick twitch and start to swell — I prayed it wasn’t visible — or at least until I had been led into another room. Amidst the shock I couldn’t help but notice how unbelievably turned on I was. The cuffs seemed to have flipped a switch in my brain.

The bailiff told me I was going to be booked and processed before being returned to the judge. I only nodded at his orders and he uncuffed me, stripped me and logged all my belongings. He threw me a neatly fitting orange uniform for my tall frame before shoving surprisingly clean size 14 jail shoes into my free hands. Once I pulled them on I was handcuffed again — this time in front — and placed in a holding cell. Sure enough, after 15 minutes or so another guy was led through the courtroom door into the back facility as I had been. He looked like a young father — around mid 30s — built and similarly dressed for traffic court. He soon joined me in the holding cell as we sat avoiding eye contact and shuffling our feet. I could tell I was pissed off at this turn of events.

I was dreading being led back into the busy courtroom, but sure enough the bailiff give us the venture to stand up and go with him. 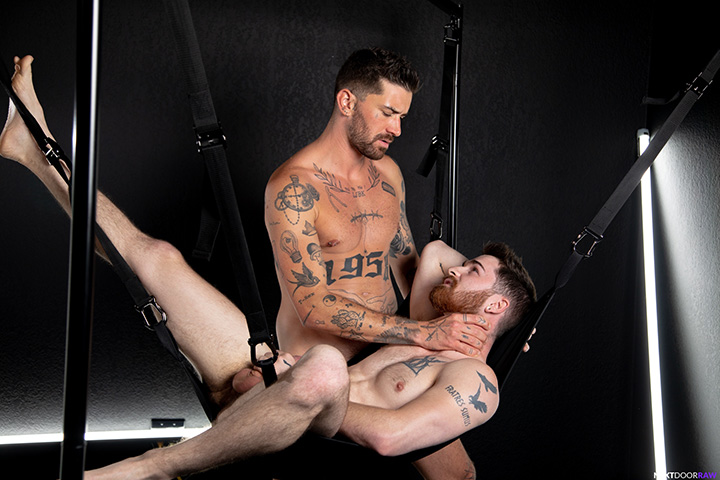