Part 1 – “Yours Most Sincerely”

James sat naked in his living room, a gown to his side. The endless expanse of the Pacific Ocean sprawled out in front of him, accompanied by little more than an idyllic blue sky and a mild scattering of a few clouds here and there – a gently moving fresco on his wall, framed by a window two floors tall.

Still, this extravagant ornament of an ocean was something he had seen every day in the years he had owned this mansion of his. In his defence, nothing on this planet is worthy of gawking at for a million times.

He had passed his duties to an interim CEO who would take his place at the helm of his company for 18 months.

Nothing. Nothingness is next.

Life has run so slowly that he would contemplate what to eat for a meal for hours on end. By the time he has made up his mind, he would look out the window and see a darkened sky, hunger diminishing.

He grew a beard because he could not care any less, not for the past month or so since pausing his job.

He looked like a miserable hobo more than the millionaire he was. Then again, remove all discretion and purpose, and anyone would degenerate as such.

Soon, however, all his toils will bear fruit, fruit upon which he will feast. The executive nightmare that was employing an interim CEO – training, back and forth with the lawyer, pawing over the contract, drilling home good ethics, managing office relations – will be worth it in the end. This, he had faith in.

James scrambled to his feet and dressed, greeting the courier at the door. A package was delivered to “James Leonard” – him, which he signed. Despite his weariness, he mustered a gracious smile and tipped the courier generously; what a hassle it must have been to deliver here, so remote a place he lived.

James jumped with joy. This was something he had been planning for for ages.

“Thank you for purchasing our services. This is not a standardized letter to any and all customers. This is a letter written to YOU.

“Inside bag 1 is a chastity device, the design of which you are not unfamiliar with.”

“DO NOT PUT THE DEVICE ON BEFORE READING THIS ENTIRE LETTER” in bold letters and in larger font size constituted the next paragraph.

What fell out was a chastity cage, perfectly moulded to the contours of his flaccid cock and its violet-gray colouration complimenting his charcoal hair. Its weight despite feeling like silicone indicated that it had a metallic construction underneath. Once on, it would entrap his cock save an opening for piss and small gaps for cleaning. There was an electronic lock with a keyhole on the mechanical override.

Now he knew he had to be careful. Electronic can mean anything from simply being solenoid actuated to unthinkably cruel and torturous.

He shook the cage, listening for a rattle – of which there was none – but instead dropped it to the floor on accident, which created a solid thud.

“Once locked, the battery will permanently redirect from the lock and it will act as a traditional mechanical lock. The battery then powers an integrated tracker that connects to GPS satellites. At a time and location which you will not decide, you will be taken to our facility, where you will stay under the conditions you ordered, for the ordered amount of time – (a rather unprecedented) 365 days:

– Note: Request to additionally be gagged. Request to be fulfilled if supervisory staff deems the act safe.

Sessions for sexual stimulation (hereon “pleasure sessions”, may include orgasms)

– Method(s): To be arranged by handler.

– Arrangement: To be arranged by handler.

– Note: No hair shaving. General facial appearance (as of start of stay) to be preserved.

– No safewords to be at play.

– Supervisory staff are to determine limits and operate within.

– Can expand at any time for any reason.

Punishment – Arrangement: To be arranged exclusively by handler. May be edited, delayed or cancelled due to medical needs.

Punishment – Note: Implements or processes that may cause scarring/permanent injuries to be avoided. Punishment to be halted if skin is broken at any time for any reason, and all subsequent punishments to be lightened if needed.

– Frequency: One session per 24 hours

– Workout duration: To fill out all free unallocated time.

“The device acts as a tool by which you express your agreement or disagreement to this arrangement.

“To agree, lock the device to your penis.

“To disagree and void this arrangement, return this letter to sender (see the last page of this letter) with the chastity cage in a single package. Other articles may be kept. Personally, it would be a shame, but declining may be a necessary step if uncertainties prevail.”

A sender’s address was marked in the footer on the last page as promised.

Already, James thought the director a friend, even if his only knowledge of him was his name, his gender – male – and his agreement to their arrangement; no other would agree to, or even had the means to agree to such obscenely outlandish terms.

The director was debonair, you have to give it to him.

So were the toys, which took from their commissioner, and his entire gig of a bondage escapade. Supremely captivating these must have been; James was reading and re-reading the terms and looking over his new toys, not the motto.

Perhaps you were ensnared as James was too.

Without hesitation, James went about playing with the toys, but making sure to lock on the chastity before playing with anything else.

Of course he was going to accept it, if not solely for the fact that he wanted to try out the chastity cage, the shape of which he sacrificed much to obtain.

Let us just say having to put ice on the balls for an extended period of time to get a negative of the flaccid cock is painful.

He held a bottle of cold soda against his cock to have it soften, then with a generous smattering of lube, forced it in. Snug fit, just enough play to not hurt himself, but otherwise completely trapped.

Catching a glimpse of his reflection on the giant window, he noticed his overgrown hair and his new beard. The ends swung about a tad when he shook his head.

Like an animal. Perfect, laziness paid off after all! 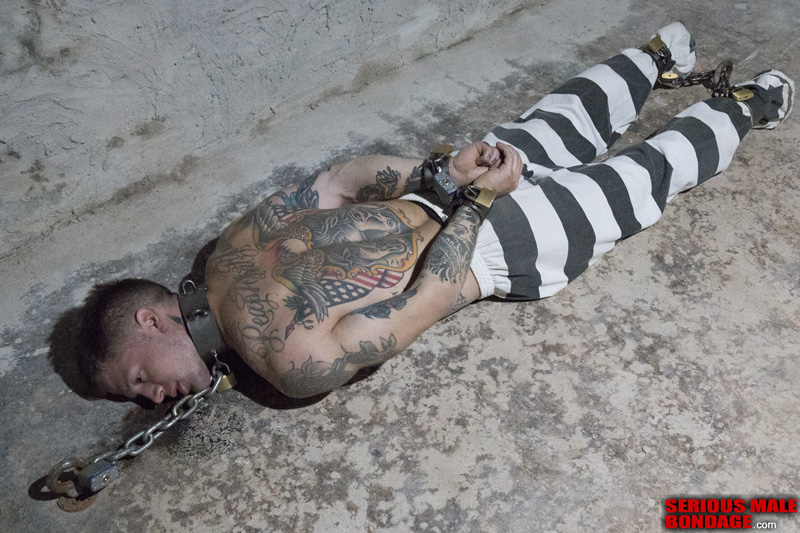