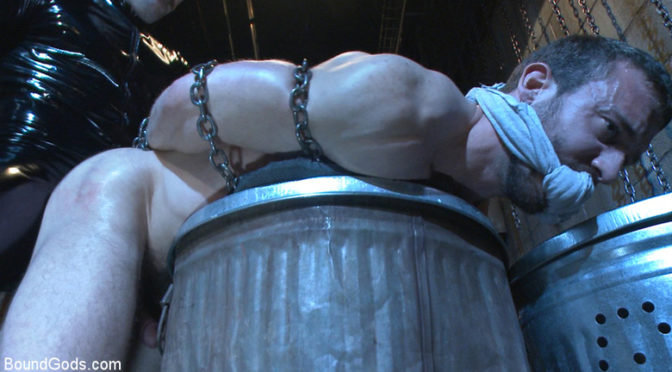 Adam Herst descends upon unsuspecting Onyx recruit Mike Gaite, lost in a dark alley. He chains him to a concrete wall and beats him with a crop, commanding his muscled captive’s obedience, then strips his clothes and sucks his thick cock even as Mike begs him to stop. Adam’s new recruit finds himself bent over a trash can with his arms chained behind his back and his shirt wadded into a gag in his mouth, as Adam fucks his solid ass. Adam then binds his recruit in belts and flogs him while making him suck his perfect cock. Mike is then suspended and fucked, and finally blows his hot load while getting plowed over a cage that will eventually be his prison. Adam completes his recruit’s initiation by shooting his huge load on his face and making him suck it clean. 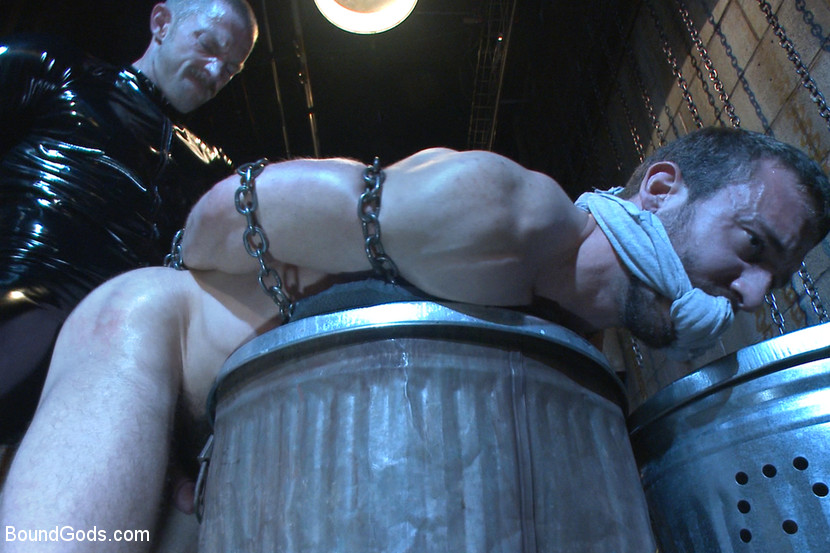 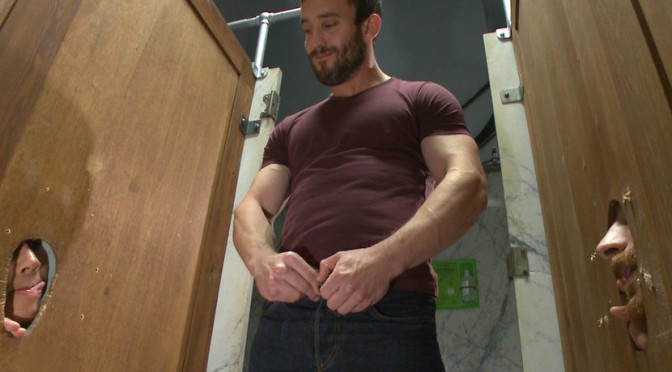 Mike Gaite stumbles upon Van and Sebastian cruising in the bathroom. He handcuffs both pervs. They quickly overtake him, tape his mouth shut and bind his arms behind his back. Van holds him still as Sebastian sucks his cock through a glory hole. They then tie him up, place tit suckers on his nipples and put a ball gag on him before taking pictures of him. Van and Sebastian jerk Mike’s hot, thick cock while he struggles, working him to the edge before using the vibrating hitachis. Ultimately Mie is suspended and tickled and gets his muscled ass pounded with a fucksaw until he finally blows his load. Video of Mike Gaite at Men On Edge here