This is a work of fiction loosely based on a fabled facility, The Academy.

The author writes chained into a chair, wearing Wescos, a Carrara chastity belt, heavy leather posture collar and nipple clamps as required by his Master and Owner. It has been locked in the chastity belt for 3 years and has agreed to it being made permanent.

After a while, the Officers had Gary laced tightly into the suit, the top and bottom sections had been laced together so it was complete.  The Officers then checked the suit and then one of them left and returned with a pair of heavy black boots.  The boots were set down in front of Gary and Gary inserted his feet into them and one of the officers knelt and quickly laced the boots tightly.  The officers quickly locked the irons onto Gary as usual and the group left the barracks room…

The Officers led Gary from the room and this time they had not applied the heavy irons, so Gary was able to walk easier despite the heavy skin-tight leather suit he was laced into.  The Officers lead Gary to a large open space in the facility and there was a steel frame standing upright.

It was approximately 10 feet by 10 feet.  Eye bolts were mounted about every 6 inches along the four sides of the frame.  In addition, there were 2 small steel platforms on the bottom rail.   The Officers lead Gary over to the frame and told him to wait beside the frame.  One of them walked over and returned with several things.  The Officers grabbed Gary’s arms and quickly worked his hands into heavy padded fist mitts which were strapped tight and padlocked.  They double checked the muzzle that was locked onto Gary’s head to make sure it was tight.

Gary was told to stand on the two small platforms, and he obeyed.  One of the Officer knelt and quickly strapped Gary’s boots tightly to the platform.  While this was being done, the other one rolled over a table piled with coils of black rope.  The Officers began looping rope through the eye bolts and then through the D-rings on Gary’s suit.  They looped multiple times through each D-ring then through an eye bolt.  They spread Gary’s arms and they continued looping the ropes.  Soon Gary was enmeshed in a black web of rope which left him tightly immobile but the centre of the web as the ropes did not cross his body but was woven into a pattern surrounding his body.  The last step was to take a shorter piece of rope and loop it through the D-ring on the top strap of the muzzle and that was put through the remaining D-ring and tied off tightly.

Gary sifted his body as the Officers finished up with him, but the taunt ropes held him immobile.  They walked around and double checked all the ropes and knots to insure it was done properly.  One of the Officers walked over and grabbed a control box and triggered the winches above the frame.  The winches came to life and 4 cables with hooks were lowered behind the frame.  The Officers moved the ladders they had used to lace Gary into the frame and hooked 2 of the cables to large rings on the top of the frame.  They then put the ladders aside and the remaining 2 cables were connected to heavy rings on the bottom rail of the frame.

The Officers then stood back and triggered a pre-set program on the winches.  The frame lifted off the floor and moved upwards till the bottom rail was approx. 10 feet off the floor.  The frame stopped rising but the cables attached to the bottom rail kept raising so that the frame tilted and kept tilting till the frame was parallel to the floor.  Gary was now hanging in the web, so he was only supported by the ropes, the heavy leather suit and his boots which were strapped to the frame.  His body soon began to quiver and strain as his muscles tensed to give his body stability and not slump or droop which would add additional pressure to his shoulders and hips.

Once the frame had stopped swinging from the momentum of the raising, one of the Officers took one of the ladders and placed it under Gary.  He climbed up and connected a new piss bag to Gary’s catheter line and then hung it from the webbing.  He climbed down leaving Gary hanging like a light fixture in the middle of the space.  They put away the ladders and walked over and looked up at Gary and told him that they would be back later to check on him.  Gary grunted into the gag and tried shifting but that just caused the frame to swing about.

Gary hung there in mid air keeping his body tense so he could keep pressure off his shoulders and hips.  He looked down and soon realized that he was hanging in the main space of the facility as there were other Officers, Prison Guards, inmates and other men walking through the space.  The inmates of the facility were in orange prison uniforms, leathers, or naked and in chains as he was usually kept when not in bondage.  At one point, the Director walked out of his office and stopped while looking up at Gary.  He smiled and asked Gary if he was doing, OK?  Gary grunted into his muzzle and the Director laughed and told him that he was taking that as a YES.  Gary watched as the Director walked down the hall, his leather creaking and his highly polished Dehners thudding on the floor.  Unlike the Officers who controlled Gary, the Director wore a leather uniform which was an exact copy of the LAPD Motorcycle Uniform.

After hanging there for several hours, the Officers returned and lowered Gary so they could connect the feeding pump to his feeding tube.  Once Gary had been fed, he was raised back up into position.  The Offers would wander through the space occasionally escorting other inmates or prisoners.  Gary felt a rush of jealousy as he had become fixated on those men and had assumed that he was the only one they were handling.

The time passed slowly, and Gary was now just hanging slumped in his rope web as he was physically exhausted from the strain of keeping himself tense.  His shoulders and hips were screaming in pain, but he hung there not able to do anything.  The Officers returned pushing a hospital gurney and they placed the gurney below Gary and then they lowered the frame, so Gary ended up laying on the gurney.  They began removing the webbing ropes and after a while the webbing was gone, and Gary was finally free of the frame including the straps on his boots and the roped that held his muzzle.

They pushed the gurney with Gary on it to the medic’s room and there the medic, his heavy rubber scrub suit squeaking, helped the Officers to turn Gary over and help him to sit up.  When Gary had recovered some strength, he was help to his feet and the three men began to unlace the bondage suit.  This took a while but soon he was out of the tight suit and the boots he had been wearing.   The Officers looked at Gary and told him to remain silent as they were going to remove his muzzle.  He nodded as the Officers unlocked the muzzle and removed it.

The medic examined Gary and noted how long Gary had been at the facility in the chart he was carrying.  He looked at the Officers and told them that it was time that Gary had another purging.  Gary shuddered at this but knew that he had no choice.  He opened a cupboard and pulled out a jug of the purgative that Gary had been fed when he had arrived.  Gary was handed the jug and he began drinking it.  It felt strange as he still had the nasal tube in place, but he managed to swallow the liquid.  Soon after he finished the cramping began and he was led over to the toilet.  Gary quickly sat on the toilet as his bowels exploded with liquid.  He was surprised by how much came out as he had not eaten anything solid in days.  Soon the cramps eased, and Gary slumped on the toilet.  As he shifted the heavy steel belt clinked on the toilet.  The medic called the hazmat team to come and collect Gary and clean him up.

The hazmat team arrived as usual sealed in heavy suits and on air packs.  They grabbed Gary and led him to the shower room next to the medic’s office.  Soon he was in the heavy rubber restraints and being hosed down and scrubbed.  Once they had got Gary cleaned up and dried off, he was handed an organe prison uniform, socks and slides.  He got dressed as the Officer came in to collect him.  They put him in the heavy transport irons and led him to a prison wing.  He was taken to a cell, the chains were removed, and the cell locked.  The Officers told him that he was now on a 12-hour rest period and would remain in solitary confinement for the rest period.  The outer door of the cell covering the barred door was closed and Gary was left to his fate in the cell.  Gary shuffled over to the cot, his muscles still sore and protesting his movement.  He sat down on the cot and looked around.  It was a standard cell with a vinyl covered mattress on the cot, a stainless-steel sink/toilet combination in the corner.  He laid down on the cot and closed his eyes enjoying his limited freedom.  He was not in restraints, except for his chastity belt for the first time in what felt like months.  He was wondering how long he had been there so far as he feel asleep.

The Officers in the control room of the prison wing monitored the concealed camera in Gary’s cell and nodded as Gary fell asleep. 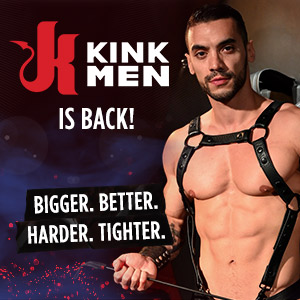