The third slave didn’t know how long the ride had been, just that it seemed to last forever. He was shifting uncomfortably from the pressure on his bladder when the van came to a stop.

“Do you want me to demonstrate these?”

“Then keep your mouth shut and follow my instructions.”

The driver removed the slave’s wrist shackles and fitted him with transport irons: A waist chain with a handcuff on each side. After these shackles were in place, he removed the leg irons and freed them from the ring in the floor. The driver directed the slave to sit at the edge of the van, his legs dangling out. The driver reshackled the slave’s legs. The slave was grateful that the irons went over his jeans and away from his Achilles tendons.

The slave hopped down. The driver pulled him away from the van and shut the doors. The slave noticed the “U.S. Marshall” on the back of the driver’s jacket.

The “marshall” grabbed the slave’s arm and marched him through a parking lot to a restroom in a rest stop off some interstate. The slave discovered the effectiveness and humiliation of leg irons: The marshall could take full, normal strides while he could not. He had to focus on keeping up.

The slave tried not to notice the people staring as he was marched into the men’s bathroom and shoved into a stall.

The pressure in his bladder made compliance easy. He was grateful that no number two was required.

As he awkwardly rezipped his pants, he shook his head. He was in chains and his companion looked like a credible LEO escorting a prisoner. Appearances, plus the restraints and stun cuffs, insured that he had no chance of escape.

The driver pushed in the door to the stall and grabbed his arm. He was summarily returned to the van. His leg irons were locked to the ring in the floor by a long chain. After the doors slammed, the slave found he could sit with his legs on the bench. There was a possibility of sleep. He felt the van start up again and he closed his eyes, trying not to think of what lay ahead.

The slave must have slept some, as he awoke when the van decelerated, probably taking an exit off the interstate. The back of the van was windowless, so the slave had few clues as to what was happening. At some point he did notice the road become rougher and the van slowed down as a result. After some time — he had no idea how long — the van came to a stop. He heard an indistinguishable noise and the van soon started up again.

A short time later, the van came to a stop. The door opened and sunlight blinded the slave momentarily. As his eyes adjusted, the driver removed the leg irons fettering him to the floor of the van.

The slave hopped down, still wearing the stun cuffs and the transport shackles. He saw the driver hand a manila envelope to another man. He quickly looked around and saw he was parked outside a large, low-lying building. He saw an asphalt-paved road looped in front of the building and then lead away from the building and through some woods.

The driver leapt in the van, drove around the loop, and headed out of sight down the road. The slave turned and faced the man, who said, “Follow me.”

The slave obeyed and checked out the man from the rear. Tight-fitting clothing revealed he was well-muscled and carried no extra weight. He wore a polo shirt, cargo pants tucked into the tops of combat boots, a heavy stainless-steel watch on one wrist and a leather wristband on the other. Normally this man would be the stuff of dreams, but this episode was no fantasy and the slave feared what was coming next.

The man held the door for the slave as they entered the building. They went down the hall and entered a room with swinging double doors. Looking around, the slave was reminded of a medical facility. He saw an examination table, medical equipment, a deep sink, glass-paneled cabinets that contained medications, and a man in a white coat with a stethoscope around his neck.

However, when he caught a glimpse of the other side of the room — its view had been hidden by his companion — the slave was startled. The area looked a bit like a machine shop. He saw pieces of steel in various shapes and sizes hanging from hooks in the wall, tools for cutting and grinding metal, and another man wearing safety goggles working on an item of some sort.

His attention turned to his “guard” and the “doctor” as the first handed the manila envelope to the second. The “doctor” read through the contents quickly and commented, “Pretty standard. Easy stuff. Get him on the table.”

His guard grabbed him by the arm and led him to the table.

“Sit on the table and take off your shirt.”

When the slave hesitated, the guard held up the control to the stun cuffs. That was all the incentive the slave needed. He had barely taken his shirt off when the guard grabbed one arm and the slave felt a needle sink into it.

He turned to see the “doctor,” who smiled briefly at him.

Metal would like to thank Practicerestraint for this story!

You can find the author on Recon under his screen name, Manacled 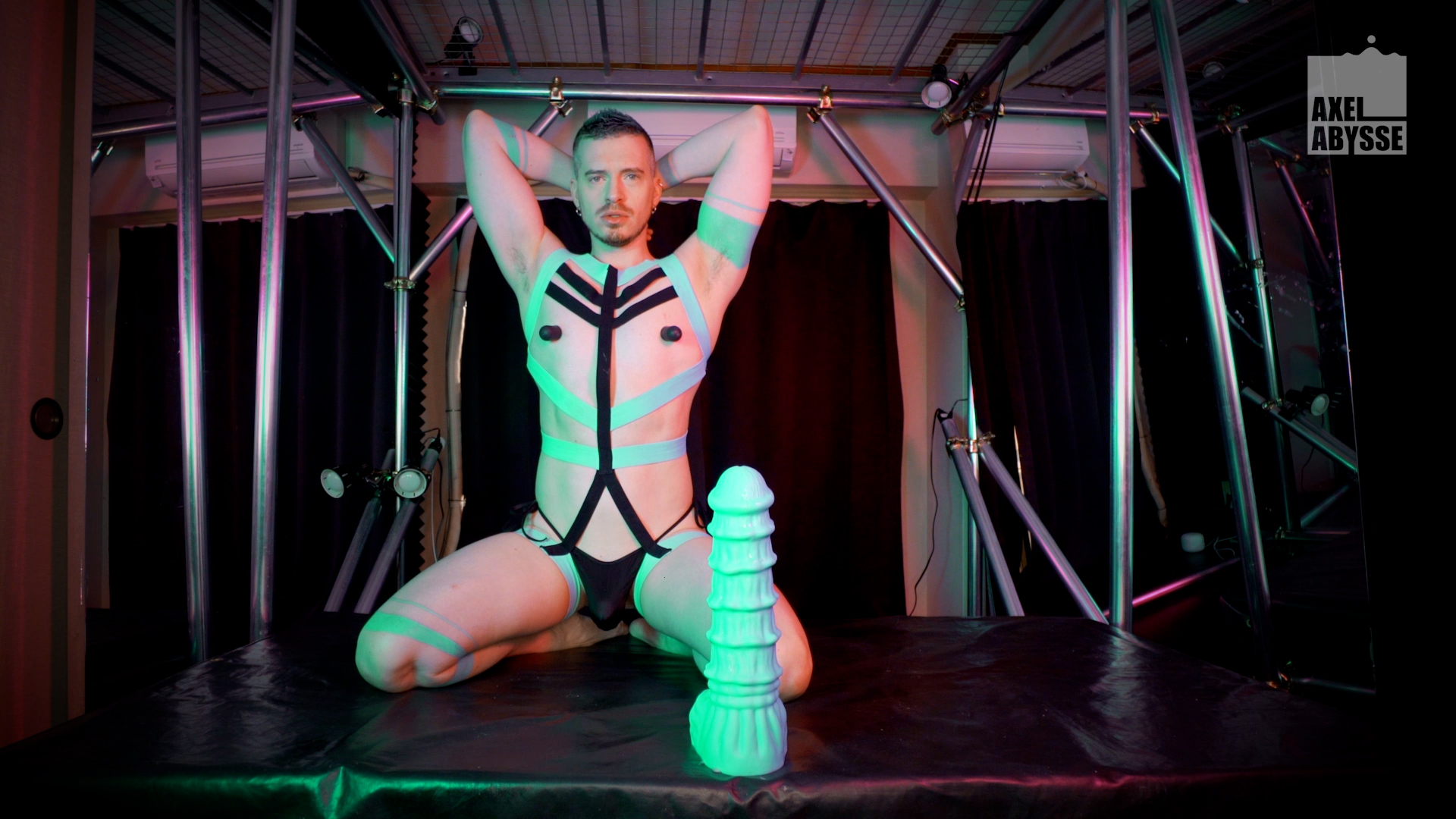