It was a warm summer afternoon, and I decided to get a haircut right after work.

I left my office just after five and started to walk the short distance to my regular barbershop. Along the way, I saw a new barbershop I hadn’t seen before. It had a sign on the pavement out in front, which read:

I thought, what the hell. I may as well try a new place- at that price it’s hard to refuse.

I opened the door and stepped inside. Immediately my senses were awash with the sounds and scents of barbering- the aroma of lemon cologne, the faint hint of barbicide, the buzz of clippers and the clicking of scissors.

I took a seat on the large leather sofa beneath the front window. Three barbers were at work: all identically attired in black dress trousers and white shirts.

I sat back on the sofa and watched. The nearest barber was a great hulk of a man; he was well over six feet tall, muscular, with bulging biceps visible under his shirt. His head was shaven to a shine, and a thick ginger beard completed the look. As he glided around the client in his chair, I saw that his shirt sleeves were rolled up halfway to his elbows, revealing tattooed arms and hands. As he changed position, I noticed that the top three buttons of his shirt were open, revealing a massive, tattooed chest.

I sat and watched as I waited. Clearly this was an unhurried, attention-to-details kind of place. I liked that- it instilled confidence.

I couldn’t see much of the other two barbers as they were further down the shop. In any case, I was fully attentive to the nearest guy. He was doing a superb skin fade on his client. It was a pleasure to see.

At last, he was finished with his client, a young guy who got out of the chair with a seriously hot skin fade.

The barber settled the payment with his satisfied customer, and then turned to me.

“Hey buddy haven’t seen you here before?” He stretched his hand out to shake mine. His grip was very firm.

The barber eyed me appraisingly as we shook hands. “I’m Nate,” he replied. “Let me take your jacket.”

I slipped off my suit jacket and handed it to Nate. He hung it behind the counter.

“Take a seat,” Nate grinned. His big hands squeezed my shoulders as he said this, more or less propelling me into the chair.

I settled into the red leather chair, which Nate adjusted for my height.

“You’re going for the special offer, right?” Nate said, winking at me in the mirror.

“The full treatment?” I smiled cautiously.

I nodded and grinned. Nate grabbed a cape from the rack by the counter.

Nate drew the striped, satin cape around me. Before fastening it, he reached around from behind me and loosened my tie knot until it sat beside my third button. He then opened my top two buttons and flipped my collar, tucking it inside the shirt. Then he fastened the cape and applied the paper neck tape.

I felt excited as Nate’s firm hands loosened my tie. It felt strangely good to let another guy take control like that…I felt like I was at his mercy.

Nate began buzzing the back of my head. It suddenly dawned on me…he hadn’t asked me how I wanted my hair…

I stole a glance in the mirror, as Nate’s big tattooed hand pushed my head forward to buzz the back. I guessed he was using a number one back and sides…I had only ever had a three. It looked good, though. I felt confident in him.

“So what made you choose us today, my friend?” Nate asked as he buzzed my hair. His big tattooed hands worked swiftly but skilfully, leaving my hair looking sharp.

I smiled and replied, “Well, I was curious…I thought your prices were good value, and I like supporting new businesses, I guess…”

This seemed to satisfy him. He nodded approvingly, and changed clipper guard to begin blending in the back and sides. I could see he was giving me a high skin fade – it looked awesome.

I noticed Nate kept a hand on the top of my head as he worked. This meant I couldn’t see clearly what he was doing in the mirror…this perturbed me slightly, but I tried to stay relaxed.

The physical contact was stimulating me, and I could feel the growing bulge in my pants. I was grateful for the cape covering me…

Nate finished the back and sides and took the scissors to the top of my head. As he worked, he hummed to himself tunelessly. I noticed that the other two barbers had finished up with their clients and disappeared…so it was just me…and Nate.

The atmosphere felt charged with testosterone. No conversation passed between us – there was just the clack of the scissors and Nate’s quiet, deep-throated humming. I watched him as he worked…those big arms and barrel chest under the shirt…that bull neck…the shining dome and thick bushy beard… I was mesmerised…

I wasn’t sure if Nate noticed my admiring gaze, but a faint smile appeared on his face as he worked. The air was thick with the charged atmosphere – or so I thought. Perhaps it was just the aroma of barbershops, mixed with an underlay of man smells.

After he’d blended the back and sides into the top, Nate went over to the counter and began mixing some lather in a white shaving bowl. I inhaled the lemon scent, watching Nate’s huge shoulders as he worked.

Turning back to me, Nate pushed my head down again, and lather the nape of my neck, around my ears, and my sideburn area. He reached over for the straight razor, and began to carefully and skilfully razor finish my fade.

The humming continued, and I stayed absolutely still as Nate plied his trade with the razor. He broke the silence with the question, “So John, tell me, are you married? Single?”

“Single,” Nate smiled. “Always like to play the field,” he added with a cheeky wink.

This made my cock bulge even more…

As he wiped off the excess lather from my neck with a hot towel, Nate said, “Just the beard and the rest, now.” I hadn’t envisaged getting my beard shaved off, but by this stage I was prepared to do whatever Nate said.

Nate unfastened the neck tape, then the cape, brushing off the clippings as he did so. Once the cape was off, Nate reached around and fully undid my tie, slowly pulling it off my neck. He carefully folded it and set it on the counter.

Before I realised what was happening, Nate opened a drawer and produced two pairs of shiny handcuffs. He cuffed my left arm to the arm of the chair, and then my right. I was frozen with fear but my cock was twitching at the same time…

Nate tilted the chair back into a reclining position. I felt yet more helpless…and it felt good…

I relaxed as Nate wrapped my face in a steaming, scented hot towel. I felt him place his hands – very lightly – on my shoulders, as he waited for the towel to open my pores.

He hummed softly, then said, in a matter-of-fact tone, “I use a hot towel on your body hair, too. Keeps it soft and easy to manage.”

I could hardly believe what I was hearing…but I didn’t offer any comment or resistance…what would be the point? Nate was bigger and stronger than me. Resistance was futile.

He removed the towel and applied fresh lather, covering my entire beard. Swift, smooth strokes of the razor quickly removed any trace of hair from my face. Nate lathered me up again and shaved me a second time, this time against the grain. Finally, another hot towel was applied and then he was done.

I was relieved when Nate adjusted the chair to the upright position again. I admired my smooth face and sharp haircut in the mirror, and thought it was over…

“Not finished just yet,” he smiled, his big tattooed hands squeezing my shoulders gently.

I decided at that point to give myself up completely. As I said, resistance was pointless. Nate closed the shutters on the window and locked the door. I knew what would come next so I tried to relax.

Nate cleared his throat and began by unfolding my shirt collar from inside of my shirt where he’d earlier tucked it away. He whistled cheerfully as he did so.

He unbuttoned the rest of my shirt buttons and spread my shirt open to reveal my hairy chest. Nate looked down, nodding in satisfaction at my exposed chest and belly. My nipples rose to meet his gaze.

Nate tweaked my nipples appreciatively and I giggled involuntarily. He fetched a couple of clothes pegs from the drawer and attached them to my nips…I almost fainted with the pain.

I leaned forward to allow him to pull the unbuttoned shirt off my back. Nate hung the shirt up beside my jacket.

Next, he reclined the chair once again and unlaced and removed my loafers. I was tense with anticipation as he reached over and unbuckled my belt…then unzipped my pants and pulled them down and off.

Finally, Nate pulled my briefs down and off. Nerves had settled in and my throbbing erection had retracted to a shrivelled maggot…I was humiliated.

Nate glanced at my shrunken penis and chuckled. He began lathering my chest and stomach…covering me completely in thick white foam.

Nate skilfully stripped my torso bare with the straight razor. As he grabbed hold of my penis and pulled it aside to lather my pubic hair, I gasped…he grinned and winked at me. As he lathered me down below, my penis began becoming erect again…

Using the same deft, swift razor strokes, Nate removed any trace of my pubic hair. I was now smooth from my face to my groin.

Nate surveyed his finished work with evident satisfaction. I lay still, allowing his green eyes to run the length of me. His hands ran the length of me too – ensuring he hadn’t missed any hairs anywhere.

By now I was rock hard, and throbbing. Nate saw this, and reached over for a bottle of moisturiser. He gently applied the moisturiser to my naked penis, slowly working his way up the shaft…his strokes became more frantic until…at last… I couldn’t control myself and i blew the heaviest load of my life.

Nate cleaned up the mess with a towel, as if it happened every day. He left me like that as he tidied up the store…it was fully fifteen minutes before he released me and allowed me to get dressed while he tidied up and rang the fee up on the cash register.

“That’s £25 please, young man!” Nate beamed as I went over to pay. I handed over the cash.

“Of course,” I smiled…and left.

Metal would like to thank John Mercer for this story! 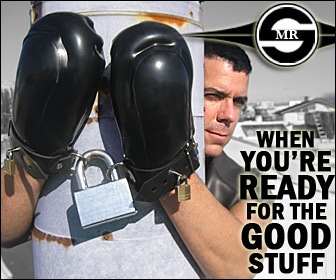 One thought on “A Barber Story”