He was sitting at the dining table.

Alex stepped into the mudroom and saw Him waiting in the next room. He had changed, his worksuit was hanging up on one of the pegs now, next to Alex’s own. Alex pulled off the black rubber boots he had used to cross the yard quietly and placed them beneath his suit.

His Master said nothing.

Dropping to his hands and knees, Alex crawled slowly across the floor of the kitchen towards his Master.

He was wearing leather breeches again. Light gray, with black piping down the sides. The inside was a darker shade and only served to highlight His powerful legs.

Alex reached for His boot, but his Master patted his knee instead. Slowly getting to his feet, Alex sat gingerly in his Master’s lap.

“Boi, you have impressed me.”

A gloved hand covered Alex’s mouth. He could taste the leather and his Master’s musk on it. He felt like he weighed nothing in this mans hands.

“But the weekend is nearly over.”

His Master worked at the collar around Alex’s neck and it came loose and clattered to the floor. Alex felt his shoulders sag at the loss of its weight.

“Your cycling clothes are on the chair over there,” He said, pointing to the fireplace.

Alex looked at his skinsuit. It had been washed and now hung drying by the fireplace. It seemed so inadequate compared to the rubbersuit he was wearing now.

“I… I was going to ask you a question today boi. About whether you truly wanted a relationship. Whether you were ready to be my… slave, and not just my plaything.” The silence hung between the two of them. His Master reached out to the table and picked up the shiny black chastity device that lay there. “But I think we’re beyond words now. Go up stairs boi, change into your skinsuit and then I’ll take you home.”

Alex slowly set down his feet and stood from his Master’s warmth. His Master grabbed Alex’s rubber wrist before he could move away.

“Take this, boi,” He said, placing the chastity device in Alex’s hand. “You can make your own decision whether you use it or not.”

Alex nodded and collected his skinsuit. He made his way upstairs quietly, his skinsuit folded over one arm, the black cage in his hand.

His Master was waiting by the back door when Alex came down the stairs. He had put on his worksuit over His leather uniform.

Alex crossed the main room, his skinsuit snug and tight after having been freshly washed. It clung to his skin, showing off every contour, and yet it felt like he was wearing a loose shirt after spending so long in rubber.

Alex stood before his Master, eyes turned down the floor. His Master closed the gap between them and his hand gripped Alex between the legs.

His Master smiled as he felt the ungiving plastic of the cage nestled between his boi’s legs.

Without a word, they kissed. Long and hard. The Master’s hand didn’t leave Alex’s crotch until they both came up for air.

Alex nodded quickly and went to step outside but his Master coughed to get his attention.

“Aren’t you forgetting something?”

Alex turned and looked at what his Master was pointing at. His worksuit, hanging neatly on the wall next to an empty spot. Alex smiled and nearly sprang into the heavy suit. Once again his Master helped him pull the zip up, but the hood stayed down.

In the passenger seat, Alex felt the comforting strap being tightened across his chest before his hands were cuffed in place. He sat motionless as his Master loaded the bike and other sundries into the trunk, and soon they were driving back towards civilization.

“I took the liberty of copying your address from your licence.”

“Do you live alone?”

The rest of the drive proceeded in silence. They parked in the underground parking lot of Alex’s apartment complex. He led the way up, his Master carrying Alex’s bike and a large bag as if they weighed nothing. They looked like two workmen in their big white rubbersuits.

“I can find ways to keep you quiet.”

Alex shuddered as he opened the door and welcomed his Master into his home. It was a simple layout, one bedroom, one bathroom. Putting Alex’s bike down by the door, the Master explored fully before returning to Alex.

Soon Alex was standing in just his chastity device. From the large bag, his Master pulled out a fresh rubbersuit and Alex smiled in delight.

“While you are in this apartment, you will always wear rubber. Do you understand boi?”

“Whenever you take out the trash or go to the shops, you will wear your worksuit over the top. I expect you to continue exercising, but you will start focusing on strength as well as cardio. You will put on mass. In the bag is a protein mix; it will help you bulk up. It will also increase your libido.”

His Master rummaged around in the bag and pulled out more rubber. Straps, shirts, jocks. More rubber than Alex had in his entire home.

“When you can’t wear your fullsuit, you will wear this. You will always have some form of rubber against your skin. At night, you will restrain yourself. It won’t be perfect, but it will do for now.”

“I’m not done boi. Next weekend, you will wait in the parking lot at exactly six pm. I will collect you.”

“What was the first thing I said boi?”

Alex hesitated a moment before reaching for the rubbersuit and pulling it on as quickly as he could. He would always be in rubber from now on.

His Master came up to him, rubber to rubber, and grabbed his boi.

“I’m sorry boi,” He said. “For leaving you when you said… when you said you loved me. I was never expecting to pick up a cityboi on a rainy Friday night, much less find such a sub with such potential.” Their lips touched briefly. “But I’m so glad I did.”

“Do you have to head back now?”

Alex felt his Master release him, watched Him lean down and pull something from the bag. When He stood back up Alex gulped.

In His hands, He held the inflatable gag to keep him quiet.

And the electro-plug to make him scream.

“We have all evening boi, and every night thereafter.”

Metal would like to thank the author, R8080, for this story! 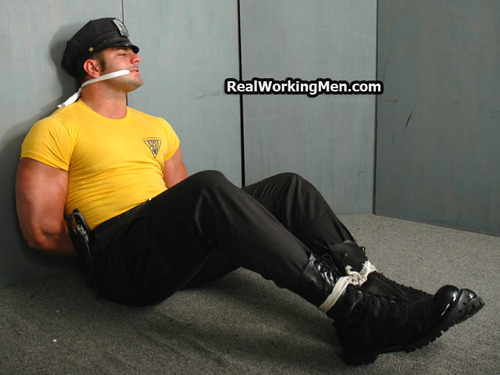