Six months later, Jason and Scott got an email from James with several pictures attached. The pictures showed both completed harnesses from the front and the back. The images showed 2 sets of stunning armour identical except for size as Jason was 6’2″ and Scott was 5’10”. The men who while they were waiting for the armour had completed a move to a new home as they had decided after the return trip to become partners. The men called James and quickly made arrangements to come out and try on the armours before completing the payment for them.

5 days later, the men pulled up at the ranch house and got out James came out and greeted them and took them to the blacksmith shop, the same shop where they spent over 2 days fully encased in heavy plaster and fibreglass full body casts.

Their armours were hanging there on stands, a pile of dull flat riveted chainmaille sat beside each one. James told the men to strip which they both did as fast as they could. Soon both men were standing there with raging hard ons which amused James. Just then James’s assistant walked in carrying sets of clothing for them. She helped them to put on the hose which also allowed them to access their cocks and ass so they could use the toilet. Then a linen shirt was handed to them then soft leather boots. After that they were each given a padded tunic which they knew was a arming doublet which would help spread the weight of the armour.

After lacing the doublets closed, both men stood waiting. James walked over and dismantled the harness for Jason. He began the process of putting the harness on Jason after Jason had put on the chain maille suit that had been made for him and adjusting it as he went. Soon, Jason was fully enclosed to the top of his legs. After another 30 minutes or so, everything but the helm was on and bolted and locked into place. As with the original, the harness was connected and locked together with bolts and spring latches. After putting on the padded coif, the maille coif was pulled up over Jason’s head and the heavy helm lowered and was bolted down to the chest, back plate and locked to the gorget which covered his neck. The visor was lowered and latched.   Jason moved over to a mirror to see the harness on him for the first time.

He was surprised by how easy the armour was to move in. He stood in front of the mirror turned, twisted, kneeled and generally got used to how the armour flexed on his body. The heavy steel plates and the joint covers moved and flexed as one. The finish was a mirror shine. He turned around and walked over to his partner and stood quietly watching as Scott was dressed in his clothing, chainmaille then the harness. Soon Scott was fully encased and the visor closed. Both men in the same harness but different builds made a stunning image. James took pictures of the 2 men.

Asking the men how the armour felt and was there anything that needed adjustment, both men replied that the armour fit perfectly and moved so well that they could not believe that they were totally covered by steel. Their cocks had worked their way out of their hoses and both men felt them sliding into the leather lined cod pieces that were built into the suits.

James then handed each man a sword and dagger and told them to follow him. They left the shop and walked over to an empty corral and James told them to try out the suits doing what they were designed to do.

Jason and Scott took their positions in the corral and began a fight using the swords and daggers as they had been taught and practiced for the last few years. The men began to sweat heavily in the heavy armours and that was expected in the heat of the day along with the heavy chainmaille suit and arming clothes under it. The fight continued as the fighters struggled to breathe through the visors of their helms. The helms locked their heads in one position so they had to learn to twist their bodies to move their heads. The fight was a draw until Jason left sabaton slipped in the dust and he went down heavily on his back. Scott was quick and dropped down on top of him. His armoured leg planted on the chest plates of Jason’s suit and Scott quickly disarmed Jason and used his dagger to end the match by working the point of it into the joint of Jason’s helm and gorget. Jason surrendered and Scott using his left hand raised his visor. The air hit his overheated face and it felt good. Standing up He leaned down and helped Jason to his feet. Jason went to lift his visor and was told that since he was the loser he was not allowed to open his visor.

When they had made the arrangements for this trip, they had arranged to stay at the ranch as there was a guest house. Scott acknowledged James by saluting him with his sword and turned and ordered Jason to follow him over to the guest house. The 2 armoured knights walked over in the bright sun, their armour covered in dust from the duel. They entered the guest house and closed the door

Scott sat down in the chair and looked at his partner still fully encased with visor down and latched. Telling Jason that he was to kneel down which he did and soon the armoured knight was kneeling and Scott got extremely hard and then felt his cock spasm as he came in his leather lined cod piece.

Telling Jason to open his visor, he looked at his partners sweating dirty face and smiled. Well, time to discuss our relationship Jason. Jason knelt looking up at his partner sitting in the chair fully armoured in the same armour and nodded as best he could.

Scott smiled and outlined the new rules for their relationship. Scott was to be in total control at all times, and Jason would only address him as Sir or Sir Scott. Jason would be Sir Scott’s body squire and would assist him as ordered. Sir Scott would always be armed first and then he would arm Jason. Jason would always be in the armour when not expected to be away from their home. Since their new home was in the country and hidden away from the road, the fact that there would be a armoured knight walking around would not cause any notice. Jason nodded and agreed and accepted the fact that he was going to be locked in the armour he now wore 24/7 except when he was ordered out of it as the men were leaving the house. On return, Jason would prepare himself to be put back in the armour as soon as possible.

Jason asked permission to ask a question which was given. Jason asked Scott if he intended to be in his armour at all times as well? Scott nodded and told Jason that he was planning on it but would not wear the helm at all times like Jason. His head would be exposed with the chainmaille coif resting on his back plate until he decided to put on his helm. Both men would continue to practice and fight with swords and daggers. They would continue to work with their armed combat group to learn additional arms such as the battle ax so they would continue to learn and experience.

They decided to remain at the ranch for several days while they got used to their new harnesses and their hosts enjoyed the sight of fully armoured knights fighting or walking around.

After their time at the ranch came to an end they packed up their armour and the rest of the gear and shipped it to their home. Saying good-bye to their hosts, the new Knight and his squire left to begin their new life in full armour.

Thanks to Rubrpig for the story! 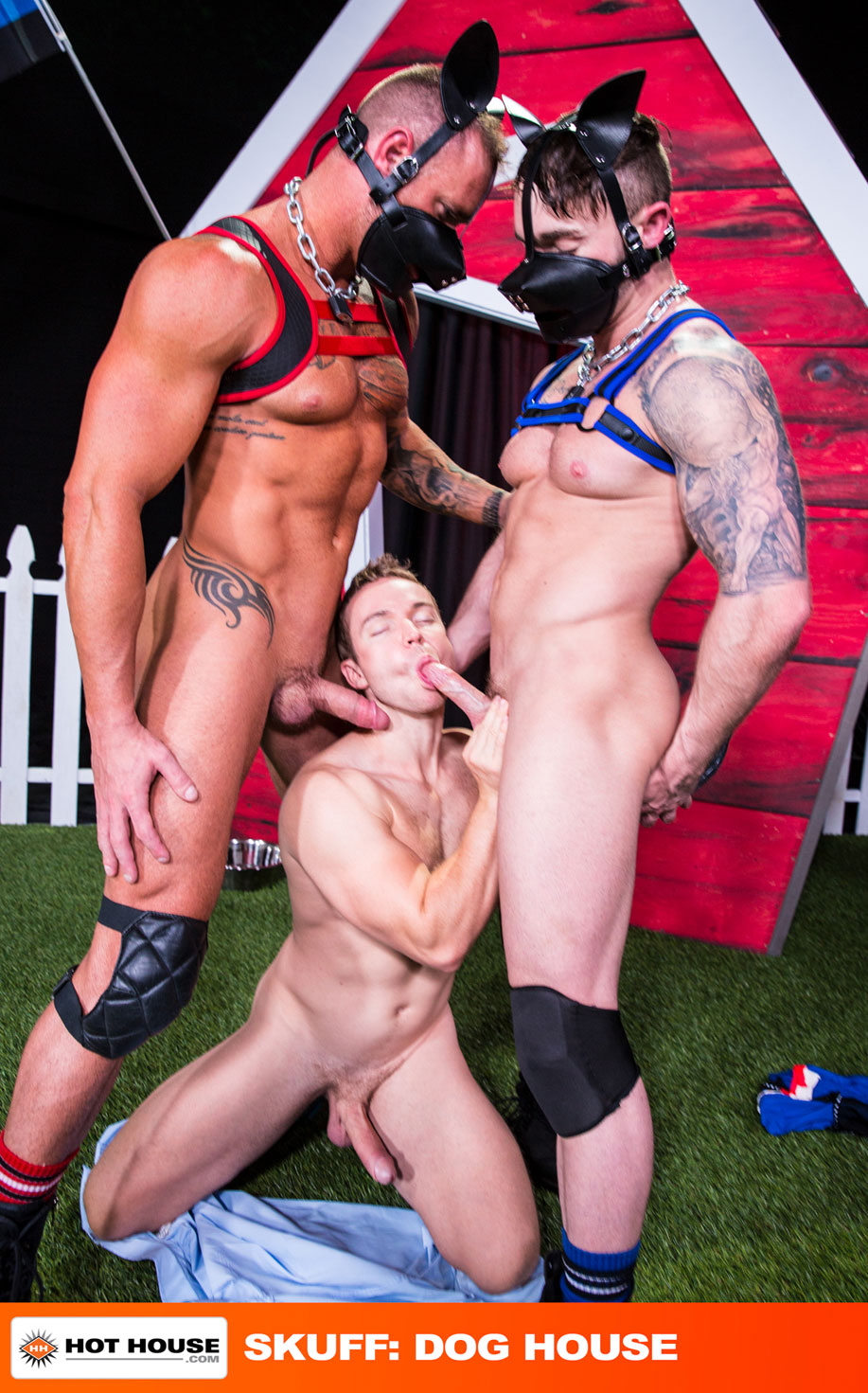