Most of this story is true, and if there is interest it can be continued.

It all started out with my interest in bondage of all kinds, especially Law Enforcement, Military and Prison settings. For years I traveled all over the country to participate in heavy metal bondage actions.

I had made several trips to The Academy, and its later brother – The Training Center. Several trips to west coast areas and Washington State, and as we all know some of these trips work out great and others not so great.

So keeping that in mind I wanted to relay my most recent experience — a different kind of bondage experience in this Covid situation.

I had responded and had a conversation with a man into prisoner control. In fact we eventually determined that we were in the same general area. Although we have exchanged emails we never actually met in person. Finally it was decided that we should meet. Now his idea was different, he wanted to try something non-traditional. Being starved for any kind of action I was of course interested in pursuing a meeting.

So one Saturday afternoon I agreed to meet him at a large mall area, wearing my facemask, etc. We would be outside, maintain distances, etc. I told him the make and model of my car, and he responded with his make and model. The next day I received a google map of the parking lots with the exact place I was to park for the meeting. Of course I immediately jumped in the car and rove out to the mall to look the site over.

So on Saturday afternoon at 5 pm in the hot summer sun I made my way to the parking spot, parked the car and got out and leaned against the car just as instructed. I waited about 5 minutes and I hear a car approach, pulling in at angle blocking my exit. My captor gets out of his car — in mask as well — approaches me and tells me to bend over the hood of my car. I am cuffed in heavy police issue cuffs. He asks a few questions as we are both standing in the lots with traffic at a distance going by. He pulls out an ankle tracking device — lifts my left leg and attaches the device.

“You have 24 hours to decide if you wish to pursue this,” he says, explaining that during that time I will be tracked remotely by him. He pulls out some official looking forms and uncuffs me and indicated where I need to sign, initial, etc., also instructions about the device. It was for me the shortest bondage conversation on record. I needed to decide on what to do in 24 hours. He drove away.

I was stunned. This man was a large, well-built, intelligent sort who obviously had a BIG interest in control. It all happened so quickly.

Needless to say I decided to commit myself to trying this action. I had to commit to a full week before the 24 hours limit was up, and if I did not communicate with him the device would be on for at least a month. This man meant business.

The next morning I received an e mail with basic instructions — I was permitted so many miles a day, would have to pay for the device if I damaged or destroyed it. I also had to recharge it daily with a charger provided (that took at least an hour every day) and after a week he would be in touch to establish further parameters (after he observed me for a week). This man knew everywhere I went. So after a week I got a list of changes I was to make in daily life.

I was not permitted to shop in certain stores, I was permitted 10 miles a day travel, I was to ask for permission to leave my general area which was on a map provided in the email.

I could entertain at my apartment, but had to ask if I wanted to go anyplace including the supermarket. And I had to keep my speed when driving at 50 miles an hour (even on the interstate). What did I get myself into?

The first week I got a text message at 8:30 in the morning accusing me of trying to remove the device. I was just leaving the apartment. I was told to pull over and take a picture of my ankle with the device to prove it was still there. It really shook me up — to be in the middle of a city and stopping the car so I could take a picture of my ankle.

Then he started to reduce the area I was permitted to travel in and set the time I was to go to the supermarket. He created a calendar so I could see where my violations occurred. Also every day before 11 pm I was to send him a pic of my ankle device and a journal of what happened that day. It was so intimidating. I work in a downtown area, and although traffic is lighter than usual I did have people inquiring about the device — which is easy to see when I am doing steps or getting out of the car.

Violations were tabulated, and at some point I was to be disciplined for my infractions. At night I had to shower with it, at night I laid in bed watching it blink. I knew he was watching. When home I was sure he was parked in front of my apartment, or following me down the street. One morning I was being followed by an unmarked cop car, and I was sure it was him. I got to the point that I would go to work, drive home and hide in the apartment at night. This man even knew if I stopped to get gas. Bar hop? Forget that. One night I stopped in a shopping center near one of the forbidden stores on his list — I got a text immediately. Meanwhile I kept writing this journal — I was in prison with cell bars, I fully expected him to show up at some point and take me under custody. He had other options, and I expected them at any time.

He was always civil, always professional, and I knew absolutely nothing about him. This went on for 50 days this summer. Although I can’t prove it I thinl he even had access to my emails.

If you wish me to continue the story of this experience, please let me know your thoughts.

Metal would like to thank felon for this story! 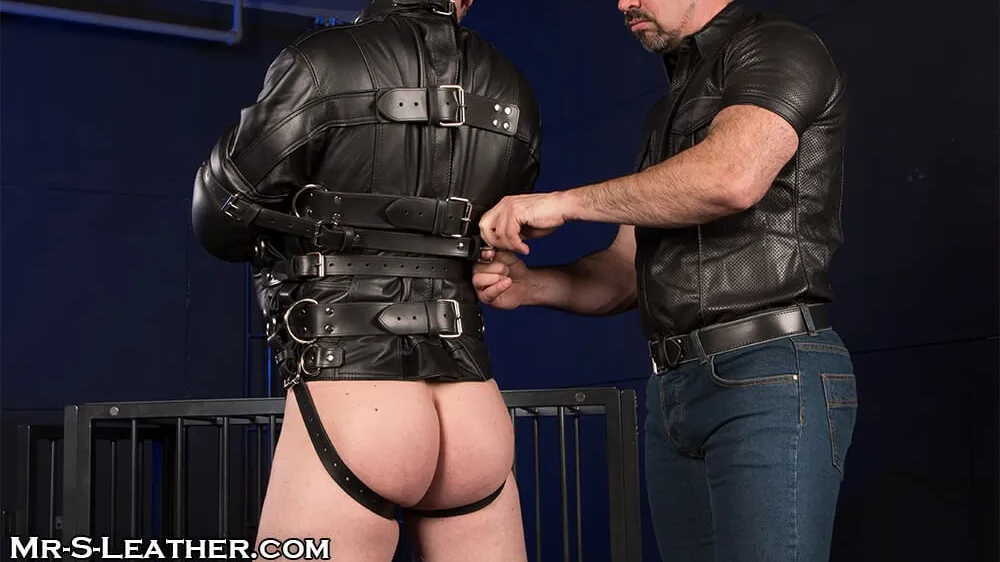