If Marco could see a clock, he’d know it was not yet quite 11pm, and his debasement is only just beginning. This once proud example of male heterosexuality has been serving as a bio-filter below a popular gay bar for less than an hour and already he’s taken piss from twenty different guys, emptied his bladder once, swallowed about a half-a-pint of spit, been force fed two loads of slimy man-cum and been milked of his own load twice. It’s not looking good for Marco as he still has four, maybe five, hours to go.

Over the next thirty minutes the visitors to the Gents increase in number until at least one urinal is occupied at all times. The club is now about half full and Marco can hear music reverberating through the walls and floor of his basement, adding extra stimulation through the anal-invader to his already highly sensitised prostrate.

His bladder is now in “auto-empty” mode, every ten minutes or so, pissing out recycled fluid without conscious intervention. This is a normal reaction of new bio-filters. It takes a couple of hours for them to become saturated at which point the system is considered pressurised.

Marco hasn’t quite reached this state of saturation yet but, when he does, the volume in to the system and the volume out of the system will balance, resulting in him excreting piss non-stop. Imagine going to the bathroom, getting your todger out and taking a leak, but the stream doesn’t stop – ever! This will give you an idea of what Marco is building up to, right now.

As he’s yanked back to reality, his body topples over the point of no return. His cock flares in a physique slamming, earth-shattering blast of intense orgasmic discharge. Every muscle in his lean body is in tension as half a cup of gloopy man-cream is hauled from his balls and rammed the length of his aching pole.

Marco watches as the guy on screen re-zips his trousers and pulls a face, forming his lips into a fake kiss, in expression of a job well done. Marco’s vision blurs, and after that last climax, he’s also seeing double. He closes his eyes to calm himself before the next onslaught.

The club has reached capacity, the music is intense, the alcohol is flowing and the toilets are in high demand. Our bio-filter is having difficulty keeping up and, more than once, has had to divert flow from its mouth to its virgin arse-hole. Marco’s guts are now churning with the bulk of piss that has filled his large intestines and is now backing up into his small intestines. He wants nothing more than to dump the load in his colon to relieve the pressure, but the mechanics of the filtration system will not activate this function for another six hours. The timer is set to automatically flush out the bio-filter at 8am when the club is closed and all staff have gone home. Before then, his entire digestive system will be crammed with urine. He has become truly integrated into the clubs plumbing and will soon be just another necessary part of the city’s sanitation system.

Marco can feel the continuous push his bladder is exerting to expel liquid through the only available exit. The flow is now unceasing, the unrelenting pressure irresistible. Now that the system is pressurised, the filter is operating at its most efficient and the club owner can sleep contentedly, knowing that the maximum number of contaminates are being extracted from the toilet urinals resulting in cleaner waste disposal into the city sewerage system.

The constant high-pressure torrent forced through Marco’s piss slit is interrupted periodically when his body involuntarily contracts in preparation for the now regular climaxes that wrench through his being. His orgasms are now of an almost spiritual nature and out-of-body experiences are common when he shoots. After each straining climax, pain replaces the pleasure as his muscles cramp from the rigidly enforced ejaculations every 20 minutes.

Four hours in, and Marco’s throat muscles are now operating autonomously, independent of conscious thought or intention. The second something touches his tongue, no matter what flavour or texture, it triggers an automatic swallow reflex that continues until his mouth is empty.

In time, his body will no longer need his mind to operate in its capacity as bio-filter, and Marco will enter a vegetative state and let his autonomic functions take over completely. This may take one or two more evenings however. In the meantime, Marco is dimly aware of his situation and his consciousness is still trying to assert itself.

Just as Marco manages to claw himself back from the brink of mindlessness, the last of the clubber’s leave the building. It’s 3:45am and I’ve had a fantastic night dancing, laughing and chatting with friends. Duty calls, and I wander back into “the John”. I know from experience what state the new bio-filter will be in. What used to be a strutting stallion of man-hood will now be just an object, part of the buildings infrastructure, not worthy of any consideration other than that given to the rest of the plumbing. If it breaks – fix it.

I tap the app on my smartphone and it shows Marco’s face in all its broken glory. As I walk up to the urinal, he also sees me but I don’t think he recognises me. After a minute, there’s a glimmer of recognition in his eyes, the mist clears to be replaced with intense pleading. So cute.

I can see in his eyes that, deep down, he sees me as his saviour, returned after his journey to hell to take him home. He thinks his stint in the club is over and he’ll now return to his old hedonist lifestyle.

“Ok Marco – here’s the deal…. At exactly four o’clock, in a few minutes time, the microcontroller in the filtration unit will turn off the electricity to your dick. You’ve probably been shooting dry loads for the last few hours and your big Italian shlong and prostate will need time to recover.

“At 12 noon, the cleaners come in to start their shift. They’ll clean out the urinals with non-toxic cleanser and throw one of these specially formulated urinal cakes into each bowl.” I hold up a brown, rough-textured patty-cake so Marco understands what I’m talking about. “It contains more than your daily allowance of proteins, vitamins and fibre. The cakes will slowly dissolve as they get pissed on, and will act as slow release dietary supplements.

“So…. I guess my work here is done.” I turn and walk away knowing that the hope I’d seen in Marco’s eyes has now turned to disbelief and terror. I hear a feeble scream rebound through the plumbing as I exit the room.

Bio-filters are expected to last anywhere between 3 and 4 months. We recommend swapping out filters every three months as they become less efficient with time and are subject to mechanical failure after that period. This means that a typical installation, on average, will need four filter replacements every year.

We currently have three filtration units installed in Manchester, two in London, one in Edinburgh, one in Newcastle and two being installed in Birmingham. We also have several orders to fulfil over the next few months. The turnover of bio-filters, estimated to be 50 next year, will provide us with sufficient income to supplement the main slave trading business.

I am very happy to have established a viable business model for the company, ensuring long term security for myself and other staff members at the Slave Training Centre.

As I exit the club to walk back to my hotel, I think of Marco for about fifteen seconds before starting to plan out my workload for tomorrow. 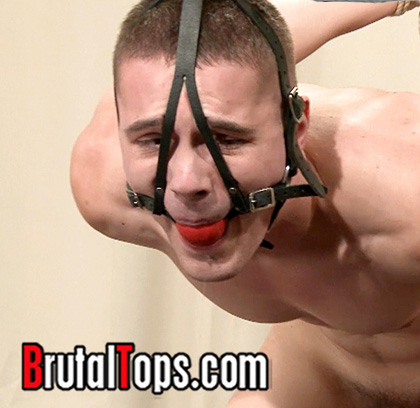 3 thoughts on “Chronicles of a Slave Trader – Chapter 08”