My Recon profile made it clear from the outset – inexperienced, overweight and desperate to experience life as the slave I was born to be. The one word which summed it all up was “desperate.” I have lost count of the number of times that I have found myself eyes closed, furiously wanking my pathetic cock while I fantasised about life as a slave. To save my cock from being rubbed raw, I invested in a small nub chastity device and locked my cock firmly away.

The feeling of my cock squeezed tightly in the cage reminded me of my real role. I still lacked the firm, unyielding controlling hand that I so desperately craved. I would start conversations with Tops on Recon but could never find the sort of attitude I needed. I did get offers to meet up, but I could never find the confidence to go through with them. – my logical brain was always holding me back. I was a sad, repressed wannabe slave with no prospect of ever seeing it realised.

Then it all changed, it was a Monday morning, and I was settling down for a typical busy working week when my phone beeped with the familiar tone to say that I had a new message in Recon. I always hope that this will be the one. I opened the app to read it as quickly as possible. It was a short message, but it got me throbbing in my small cage.

The sender was called IslandMasterUK, and he said my profile and gallery pictures interested him. He had set up the perfect location where I could address all my needs. His profile consisted of page after page of generic images of hot-looking men in BDSM scenes. Most of the photos were blocked by the app, so I logged onto Recon to see the unrestricted view. His gallery was like a shop window of every conceivable activity. I was supposed to be working, but I had to slowly page through each of his pictures. I sat back in my chair and flicked through them quickly, wondering at the extent of his interests. Surprisingly, scattered through the gallery, I saw pictures of overweight men suspended in bondage or bent over and exposed. I could only dream of being used like that. Maybe there was hope for me after all. I was intrigued and wrote back to him straight away, indicating that I was interested.

We started chatting on Recon later that day, and he suggested we move to an app which supported chat so we could talk more easily. I found him so easy to talk to. He seemed to know just what to ask me to get me to open up. He asked me what I thought about the pictures in his profile and which of them interested me – I had to confess that all of them turned me on. He told I needed to identify my top 10, which got me most excited. I pulled up his profile again and went through them with him on chat explaining what I liked about my favourite pictures and which of the roles I would see myself in. Needless to say, this was consistently the bottom/sub/slave role. All of the images I selected were at the more extreme end of the spectrum.

He seemed happy with my responses. When I finished, he shared a URL that I pulled up on my screen. These were more extreme images showing men being used, shocked, restrained or suspended. I recognised some of the artwork as I had it in my collection – Ulf, Etienne, Hun, Tagame and Sparkie Shock have always been personal favourites. Before I locked my cock away, I used to wank regularly looking through my collection imagining me appearing in the scene. So many of my fantasies developed looking through my collection.

When he asked me if they appealed to me, I eagerly answered Yes and instinctively added a Sir. He told me I had the right attitude and that he was sure we could work together. We discussed his setup – he owned a small island on the south coast of the UK which he ran as a place where wannabe slaves and masters could stay for a break to experience the lives they dreamed of in their daily lives. He asked me how long I usually took for my summer holiday, and when I answered 4 weeks, he responded with a knowing “mmm.”

He told me that it was a longer stay than usual, most of the slaves visited for 1 to 2 weeks but that all that time would allow for a more immersive experience. He told me he would enjoy coming up with a custom package designed to meet my specific needs. I was nervous to ask about pricing as I assumed that this would be a showstopper. It was a pleasant surprise when he gave me a price, and it was comparable to what I would typically expect to pay for my annual holiday. He explained he ran it as a member’s only club for Tops and many of them were based in London and were happy to pay a premium to pop down to the south coast for a few days of fun. He used the Tops’ money to ensure there was a steady supply of slaves for them to enjoy. This made perfect sense to me – I have plenty of friends in London who have more money than sense and would be happy to spend any amount to get guaranteed pleasure and relief. I was concerned that it sounded too good to be true, that it might be a con and that I would hand my money over I would arrive and find nothing there. He laughed and said he had that covered – he had set up a bed and breakfast called “The Dangling Chains” on one of the well-known accommodation sites and all bookings were handled through this. When I looked at the reviews, they were all 5 stars. My mind was made up. I went ahead and booked my 4-week stay.

A long email appeared in my inbox the next morning. It started with a description of the “resort”. It explained that it was in an area of natural beauty but that it was isolated and that on the island you could realise the fantasies that you had only been able to dream of. The island would be home to both slaves and masters. Everyone who visited the island signed a contract. Anyone going as a slave agreed that by visiting they were making themself available for use both by the resort staff and the other guests. It was clearly stated that agreed limits would be respected. The message ended with a paragraph confirming that I should join him for a chat that evening to confirm the trip’s details – at 7 pm I was sat in front of my PC screen when the chat app buzzed and I saw that it was IslandMasterUK. He confirmed that my holiday was booked and that it would be an experience I would never forget.

He told me that he had developed a relaxation and conditioning program for potential slaves and would like me to try it. Because of the length of my stay, he recommended I start as soon as possible. Access was via a browser that I had to access each night when I was in bed, and he explained it would help me relax, sleep more deeply, and prepare me for my time on the island. He recommended that I get a pair of noise-cancelling headphones to get the recording’s full benefit – this concerned me a bit because I’m usually a restless sleeper. He told me not to worry and just give it a try. I ordered a pair of headphones that arrived the next day. As I wanted to hear the recording, I put on the headphones, adjusted the volume on my PC, clicked on the link and lay back on the bed to listen. The sound was of crashing waves. It felt so relaxing. I had only planned to dip in for a few minutes, but I must have fallen asleep because it was the next morning when I woke up. He was right with his reassurance about restlessness too – the headphones were still firmly attached to my ears. I felt refreshed, and I knew that I HAD to listen to the recording again that evening. After the first evening, I felt a compulsion to listen to the recording every night, and every night I was asleep seconds after I started listening.

As I required a customised plan, He scheduled a series of daily 2-hour video chat preparation sessions to investigate my preferences, experience, likes, dislikes and limits. During the chat sessions, I was to present myself naked in front of the camera. This filled me with dread as I was sure the first time IslandMasterUK saw me without clothes, he would tell me that the stay was cancelled. That wasn’t how it turned out – the first session began, and he instructed me to drop to my knees, spreading them as far apart as possible, and my hands behind my head with my fingers interlinked. My cock swelled in its cage and started to leak pre-cum. He smiled and commented that he could see that one part of me was desperate for the holiday.

Our first session went over my limits. Everything at the Island was consensual and was based on limits agreed with the slaves before they arrived on the island. During the preparatory sessions, we would agree and document my limits. He started by asking me if there was anything I wouldn’t consider doing and I said no children, no women and no snuff. He said that was fine. He went on to explain that I could set limits for each activity. How extreme I was happy going. How long I was prepared for the scene to last. Whether there were activities which had to be incorporated into a session for me to participate. I confessed to him that I really wasn’t sure. He told me that he could tell from our conversations that chastity was critical to me and that it could be one of my Must have limits as he couldn’t envisage an activity where I would be released from chastity. I said that made sense. He explained that if I wanted to make my vacation memorable, I had to be open to stretching my limits, he “suggested” that I leave the final decision on my limits to Him. I was so desperate to please him by this stage that I would have agreed to anything he suggested. He seemed to know which strings to pull to get me excited.

Each of the preparation sessions followed the same lines. He would pull up a series of pictures on the screen showing different activities. If I didn’t recognise the activity or hadn’t heard of it, he would explain what was involved in great detail. We would chat about the scene and how I saw myself participating. As the sessions progressed, the pictures and our conversations got more and more extreme and creative. 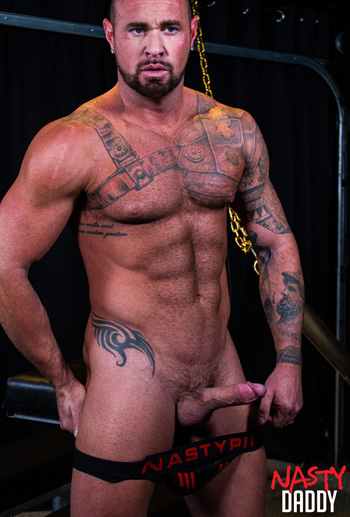