Chapter 5: The Benefits of a College Education

So that was my last night at the Explorers Bay Resort.  I was sorta sad that I wouldn’t see Patrick and Dobie again, but I was sorta glad too.  Well, not “glad,” but I knew they didn’t really care about me, and actually why should they?  I was a new guy to have sex with and get money from, and that was OK, but there would always be another one.  They were living in their own world, and I was just somebody that showed up for a while.  And as far as missing them when I was gone–after all that sex, I felt like I’d never need to have sex again.

Ha! That was funny!

But fuck! I’d learned a lot.  Next morning, I was watching my dad arguing with the guy at the desk about the vodka that was charged to my brother’s room and watching my brother lookin all dark and, like, resentful about the lie he’d told when he said he never saw it and watching my mom going, “Come on, the limo’s waiting, come on now,” and everybody looking all dorky and stupid in their St. B tees and their high-priced sandals, and the slappies standing in their places lookin totally chill in their browns and their boots and their not-my-problem tude, and you could see their dicks under their shorts just lurking and lolling around after whatever went on last night and looking forward to whatever was gonna go on tonight.

So I couldn’t understand what connection I had to those weird people that called themselves my family.  But to tell you the truth, I was embarrassed to be there with all those slaps around, probably sneering at me, if they noticed me at all.  And yeah, I was wearing a St. B tee myself.  I didn’t want my mom to ask me what happened to that shirt she bought me, so I had to wear it.

So anyway, that was that.  My family went back to the States and so did I, and in the fall I went to college.  Which is a big deal, but why should I try to describe it?  I lived in a dorm and that was fine, sort of like being on the team back in high school, because I got to meet lots of guys, for all the good it did me!  I didn’t have any fights with them or anything; everybody liked me or acted like it.  “Hey Joel!  Sup, man?”  I liked a lot of them too, sort of, but the ones I really LIKED didn’t seem to like me in the same way.  They were always doin stuff with guys they liked a lot more–some guys that weren’t as innocent and naïve as I was—they thought!  A girl in my class even told me, hey, there’s a song about you, and it’s called “The Boy Next Door.”  So I went online and I looked at it and that famous person, what’s her name, that sang it, and it almost made me puke, because I didn’t want to think I was like that, or that people would like me in that stupid dopey way.  Also, the girl probably wanted to go out with me, so I lied and said I hadn’t watched it yet.  Anyway, I spent a lot of time in my room doing Chem and Bio.  I got some weed, but what I really wanted was some of that booze that P and D probably stole from people’s rooms and I paid two hundred for, after they got it for free.  That stuff was so good!  But anyway.

Then Christmas came and naturally I had to spend lots of time with my parents and my brother and his girlfriend, who was still stupid.  She just kept getting stupider.  I had to discuss my grades with my parents and they were disappointed that I got an A- in Calc.  They also thought that maybe I’d taken a Chem class that wasn’t advanced enough for me, because otherwise I wouldn’t have got an A, because a real Ochem class is always really hard.  They thought I needed to consider “where I was going” and what kind of classes would end up on my record, because it was very important when I was applying to med school.

Then my mom brought up this thing that she got on some email called “Resources” that the university sent out to the parents (hey, thanks a lot!), and one of the things it had on it was a “Premed Support Group” with a “Professional Facilitator” that offered “personal counseling and learning management skills advice and group activities for students bound for Medical School.”  It sounded awful but my parents got me to sign up for it.  By “got me to,” I mean, they never actually told me to do anything.  It would have been less creepy if my dad just gave me orders—do it whether you want to or not, boy.  But it was always, “you might want to take advantage of that group,” or “of course it’s your own decision, we just wanted you to think it over . . . . ”  Stuff like that.  Even at school, nobody ever said, this is the list of rules you’ve gotta obey.  You were always just supposed to understand for yourself what nice people—yeah, them again—would do in some situation.  But that would have made it a lot easier, right?  Just give me the fuckin rules!  But no, that didn’t happen.

End of rant.  I did join the group, and it did turn out to be as awful as it sounded.  It was a lot of nerds sitting around and talking about how they needed to study 16 hours a day but they just couldn’t seem to get it above 12, and was Johns Hopkins really better than Harvard?

So what the hell!  And the fuckin thing met twice a week.

So after doing that for a while, I stopped going.  But that really didn’t help.  I was getting more and more nervous about needing to do everything right if I wanted to be a success and end up in the right place.  You know where!  Nice house, nice income, blah blah.  Nice boyfriend too, lol!  Maybe I’d get one of those if I learned how to do it!  It just seemed like everything I wanted to do, there were a million decisions I had to make, and all of them had to be right.  For instance—  You walk into Warbucks and you see a hot guy sitting there by himself, so you think maybe you can find some excuse to say hello or something, right?  But would it be better if you got your coffee and THEN drifted by and be, oh hi, I’m lookin for someplace to sit, can I sit here?  So you decide to do that and you get your coffee and so on, and just when you’re gettin back to his table, some other dude walks up to him and says, “Don’t I know you from Engineering 10?”—I mean, what a fuckin lie!—and a few minutes later they’re walkin out together, probly gonna have sex in the fuckin alley and get married and live happily ever after!  Unlike you.  Or maybe you’re just not buyin the right kinda kicks!  Could be that!  Could be anything!  But it’s all gotta be perfect, or nothin happens.

Besides, I was wondering . . . .   I mean, I’d had all that total debauchery with P and D, so why was I, like, wandering around with my tongue out just so some college kid would let me lick his balls?  And what about that nice house, nice neighborhood, nice medical practice I was totally sweatin blood to get?  Every time I pictured myself havin those things, it made me wanta fuckin puke.  Last thing I wanted was to be like my fuckin parents!  Or the kind of people they had for friends!  All “professionals,” of course—professional bores, with bodies to match.  And why should I wanta spend my time with sick people, either?  So why was I doin all this stuff that I didn’t wanta do?

To top it off, I didn’t mention this before, but since I got back from St. B—or actually, since I got to college, which is when all the tension started really building up–I kept having dreams about being on the island again, and you can guess what was in them!  But it wasn’t all sex with dudes in brown uniforms.  Some of it was about landing at the airport and thinking, “Hey! I escaped!  And they’re expecting me!”  And then I’d fuckin wake up!  Do you ever have dreams like that?  That you can sort of figure out, but not really?  I’d like to say that I woke up screaming, cuz that would be more dramatic.  But I was just getting more and more, like, anxious and depressed, and it didn’t seem like there was any way I’d ever be happy.

OK, I guess I’m gettin a little carried away here.  But you see what was goin on.  I know you’ve heard this before, and you may be ready to puke when you hear it again, but I was in one of those Downward Spirals.  The harder I tried to get where I was going, the less I was sure that I wanted to get there, and the less I was sure that I wanted to get there, the harder I had to try.  I guess that’s a spiral!  And about that time, I had to decide what classes I needed to take in spring quarter.  I thought I’d find out what they were when I was going to that group and talking to the “facilitator,” who was a dude with a bowtie and long lists of classes with labels for different kinds of med schools, like Top Flight and Second Tier and Just in Case.  Which meant if I wanted to be really “secure,” which was a favorite word, I’d have to take, like, a million classes.  And now I realized that a lot of it depended on what “branch of medicine” I planned to “pursue,” which I had no idea about, so this was the time when I’d better get an idea.  I needed to “read up on it,” which I started doing.

So now I was spending huge amounts of time on “the decision making process,” which everybody is supposed to think is so fascinating, besides the time I was spending on Chem and Physics and Bio.  Which were OK in their place, but for me that place was back in high school.  In high school you know that pretty soon it’s gonna END.  But now, God knows how long this shit was gonna last!  I guess until I got where my parents were, which was, really, what I’d like to get away from!  Except for a few things, like the big refrigerator and the giant-screen TV.  Although I could live without those. 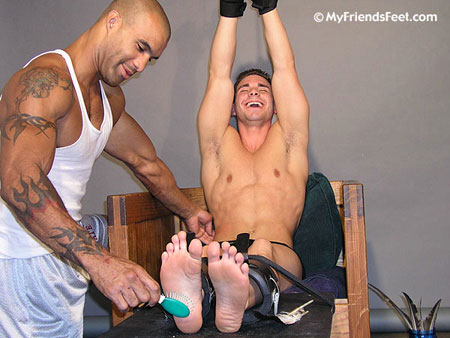