Chapter 21: How Not to Get Rejected

So where was I goin with this?  I got hard again and the story sorta got away from me.  OK, nothing unusual!  I was just saying that I didn’t dare to tell him how I felt, because—here’s the R word coming up—I didn’t want to be Rejected.  It would be really bad to get rejected when you’re, like, permanently locked in a stall with the dude that’s rejecting you!  I mean, locked in with him every day and every night!  Of course, that was good in another way, real good . . . .  But you see how I felt.

Toby did tell me enough about his life so I knew he’d been some big rich guy and he “got in trouble—sort of an accident,” and was sentenced to life in the SLP, and he hated it for a while, because they made him work in some cheap hotel downtown, and that wasn’t great, but then Mr. Sharma bought him, “and after that everything was squared away.”

Except there was something about him . . . Like I said, as far as bosses go, he could’ve been one and carry a paddle around and talk to Mr. Sharma and so forth, cuz he was big and strong and smarter than the rest of them, but it seemed like he’d fuck up from time to time, just so he’d get punished for it.  One time he got the pillory, even, and when they took him out and I was helpin him back to the stall, I asked him how he was, and he said, “I’m OK.  Jus gotta do that from time to time.”

So did I tell you, I was horny as hell, every day?  Mainly for him, but also, I just was.  When you’re a grunt, you can’t go wandering around at night, because you’re locked in your stall, but there’s times after chow when everybody else is hangin in the Pen and maybe you can go back to your stall if you want, and somebody might invite you into his own stall for a while.  You know what I mean.  If you get caught you get the paddle, but yeah, ain’t much when you’re used to it.  And it does keep you in line–till the next time, lol!  Then on Sundays you don’t work, unless you’re on some special detail, and there’s also chances to do stuff then.  Not that they just let you outta the stalls all day, but . . . .   I was pretty popular, at least cuz I was new, and yeah, I looked great in my browns!  Also NOT in my browns.  But after a while I got tired of it, because I kept havin these feelings that . . . let’s just say pretty much everything I’d learned about sex started out with Patrick and Dobie, and I hadn’t really broadened my education too much after that, but they hadn’t covered the whole field!   There were other things I just wanted to . . . what’s the guidance counselor word?  EXPLORE with Toby.

But yeah, I was happy, just doin what I was told and learnin about stuff in general.  You wanta be a slappie, I’m tellin ya how mon!  Even thee islan’ talk.  I guess I was kinda into that when I was back in the Coop, just a little, but when I got to Alcazar, it really got goin, without me even realizing.  Toby probably did, though, because he’s smarter than me!  When I first got there, I’d say to him, “Where should I put this rake?”  Then later I’d say, “You wanta put thee rake over there?”  And then I was sayin, “Doan need thee rake mon, jus put im back inna cart now.”  So it wasn’t just the talk.  Something was shifting around underneath.  But finally I knew it, jus from thee way I was talkin!  I jus couldent decide bout goan to thee NEX’ step.  But I figure, it gonna be happnin SOMEtime.  An it did.

It was on a Saturday, and we’d just been locked back up in the stall after chow, and like I was tellin you, on Sunday we don’t work.  So we don’t get any breakfast; there’s only one meal that day, and there’s nothin you’ve gotta wake up early about.  So on Saturday night, instead of climbing into the top rack, which was the worst one, I said to Toby, “This is you rack now mon.  I’m takin thee bottom rack.”

I was waiting for what he was gonna say, but I pretty well knew it before.  And I was right.  He just says “yeh” and he switches all the mattresses and the blankets from one rack to the other, like I said.  Then I told him, “But tonight mon, you sleepin onna bottom, an I sleepin onna top a YOU.”

So he said, “OK, boss.”  And the rest of that night, that morning, whatever, I was poundin his ass like a fuckin hammer mon, like a fuckin pile driver.  And I was makin him do every painful, humble, humiliating thing I was thinking up—which, OK, wasn’t that many right then, cuz I was just startin out, but I’ve been workin on it since.  Then finally, next day, when we’re standin at the gate waitin to be unlocked, I look at him, like, how you doin? and he looks back and says, “Squared away, boss.”  So I say, “Gonna keep it THAT way boy,” and he says “Yeh boss,” an he kisses me, ver’ sweet, ver’ nice, an I kiss back, an we march off to our Sunday chow, shoulder to shoulder, jus like we gonna do from now on, always.

Metal would like to thank Joshua Ryan for this story! 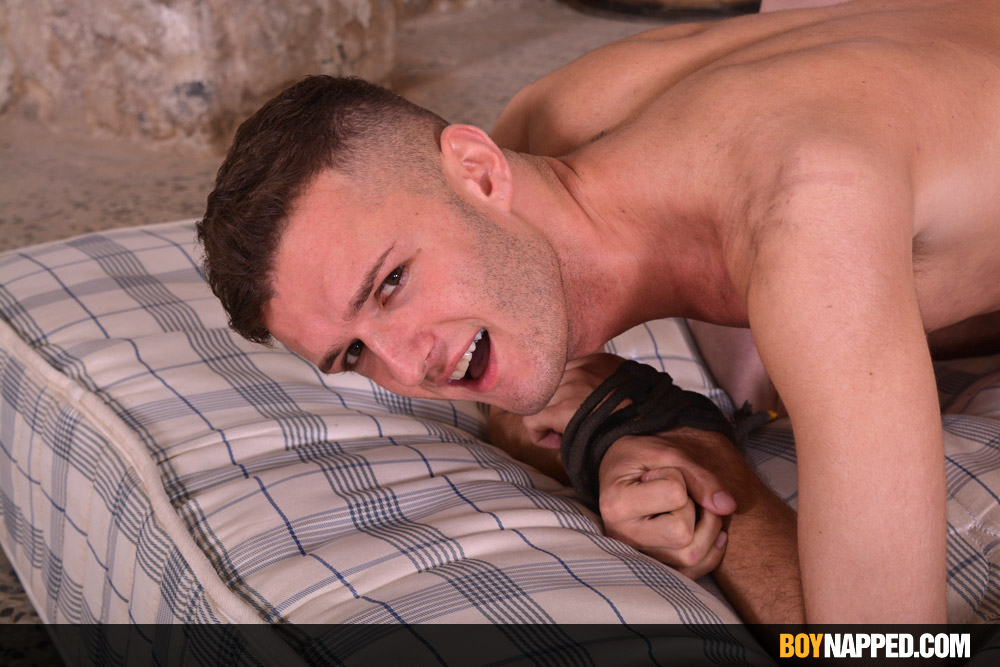