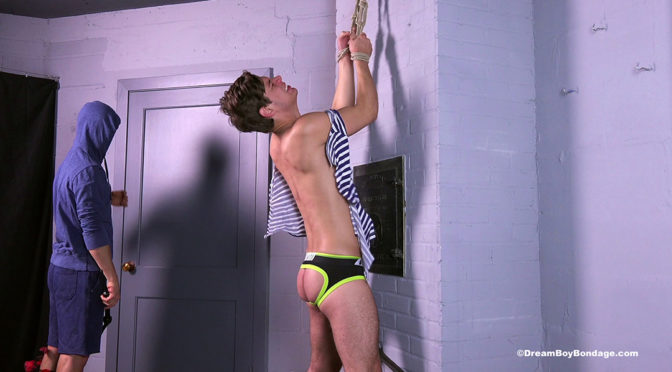 At Dream Boy Bondage, Michael Del Ray hangs off a wall, arms roped overhead, legs spread wide, roped to a steel bar. Jared has put a new shirt and assless undies on the prisoner – just so he can rip them off again. Jared loves playing psychological games with his slaves. They know being stripped means pain comes next. They must contemplate that pain when a heavy flogger rests on their body before it comes crashing down. Jared loves Michael’s gasps of fear, the way he shakes his head in disbelief, anticipating the pain. Most of all, he loves Michael’s screams and the way he throws his head back, arches his spine and rises up on his toes when the whip cuts into his back and ass. Jared flogs the frat boy over and over, stopping only to cut off his briefs, then flogs him even harder. 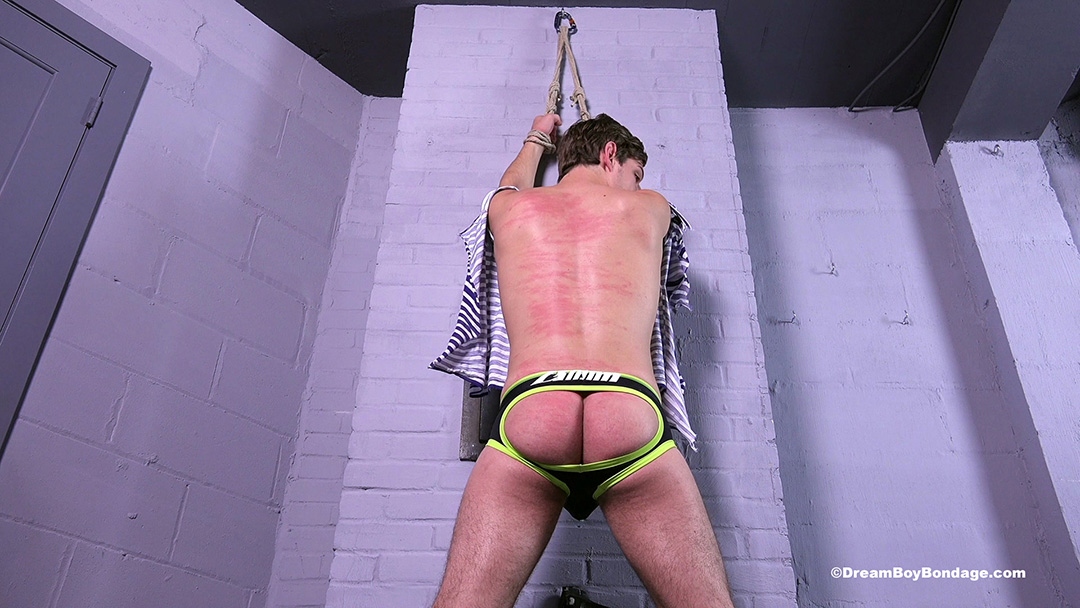 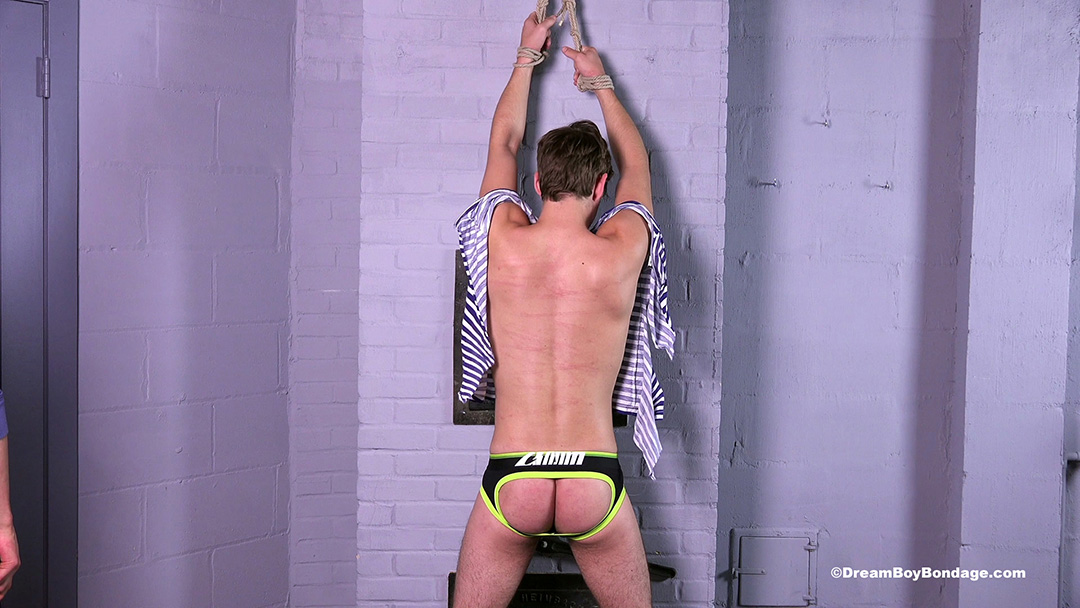 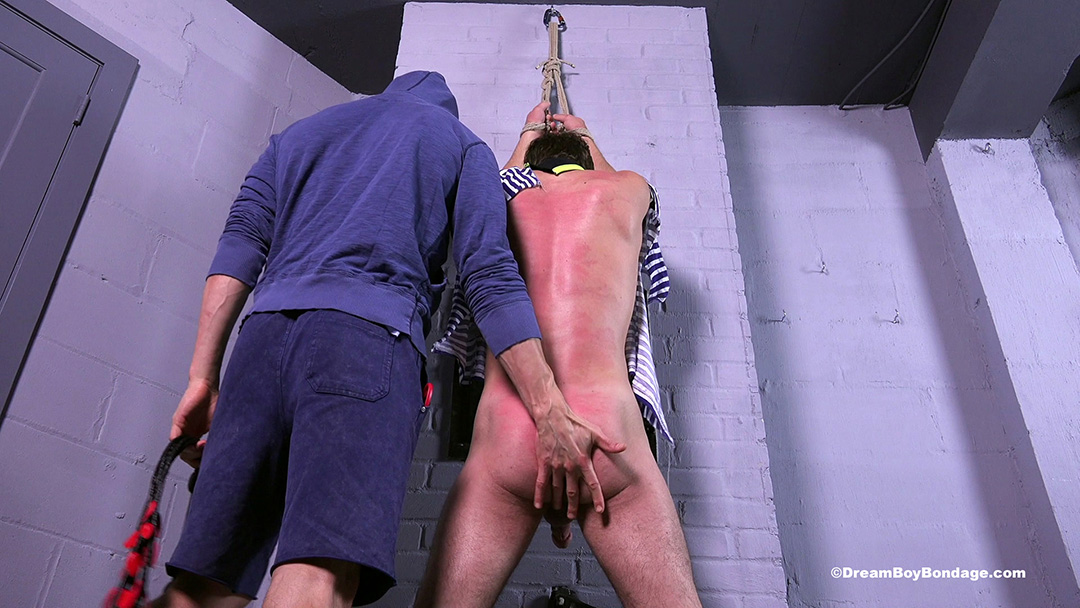