“This is a bit of a crazy contraption, but it’s still a prototype – I’ll show you the finalised designs in a couple weeks, maybe.”

Matt led a group of men in black into the simulation room, fully tricked out and utilised; Luke, naked, was strapped into the chair while tubes ran to and from his every opening to facilitate feeding and waste secretion.

There were murmurs between the men in suits. That Matt tried to “reassure” them that Luke was here to test out extended stays in the simulation system did not serve to lessen their shock, as Vantage covertly pointed out to Matt through an earpiece.

Knowing better than to risk losing this hard-earned temporary alliance, Matt quickly turned around and refocused their attention onto his words.

“Ahem. As you can see, a person’s bodily functions are regulated by this system,” Matt stated casually, gesturing at the feeding system.

Most stayed at the door, but a few moved to marvel at the enthralling elegance of the eldritch arrangement of conduits, for food and electricity and information, as they ran in every which pattern. The tubes were like an engineered parasite, with countless tendrils snaking into obscured ports on the screens and climate fans.

That one could see through sleights of hand had no relevance here – there was simply so much.

And of course they also marvelled at the very attractive man who was effectively blindfolded, gagged, and plugged up, all the while having their manhood locked away in some dinky little cage.

If only the feeding system could be removed and the naked man could float – what a spectacle he would be.

“Inspectors are already privy to the mechanics of Pleroma. Recommended action: explain the purposes of Pleroma.”

It took just a few minutes to draw the curtains on all the windows and to “provide a seating solution” for half a dozen people. Luckily, Matt had the help of Ondine, Luke’s robot butler, and a lot of stackable plastic chairs.

Matt clapped twice. The television promptly turned on, showing the first slide of a presentation with a number of pages in the triple digits.

“The fact that we’re all here means that the first 89 pages about how Project Pleroma seeds ideas into a person’s consciousness and lets them live through an experience, letting time flow as slowly as they want around them.”

Images raced by as Matt beckoned Vantage to cycle the slides, finally landing on one simply titled “Uses”.

“There’s virtual vacations, of course. And then there’s incarceration.

“I’ll make it clear; prisoners can spend a few days in this device to substitute a whole decade’s worth of imprisonment. You can pack them closely together, the prisoners don’t come out to a world that they can never get back into, and you no longer have to turn all the land south of the slums into prisons.

“And I know what you’re thinking. It’s not dangerous to hook people up for this kind of time – my test subject has already done very long stints without issues, and AIs can watch them.

“There are no memory issues – simulation decoherence occurs only when you enter and exit simulations frequently. Unobtrusive programs will be deployed constantly to monitor the status of the users’ implants.

“I save you trillions of dollars in the long run, and you give me 50 billion dollars now. Say yes, or you’ll never hear from me or my contacts again.”

A palpable silence befell the room.

A firm “yes” was spoken after a dreadful pause, finally clearing the smog of worry that hung over Matt’s brow.

After documents and contracts were accounted for, five of the six inspectors began packing. A particularly strong inspector, however, sidled up to Matt and turned him against a corner, right hand on his shoulder.

“Listen to me, I’ve got the military behind me, they can pay you the compensation you got today, again. Hell, they can give you a parad-“ 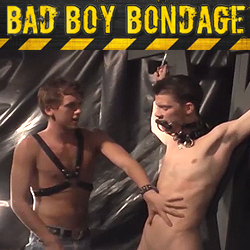