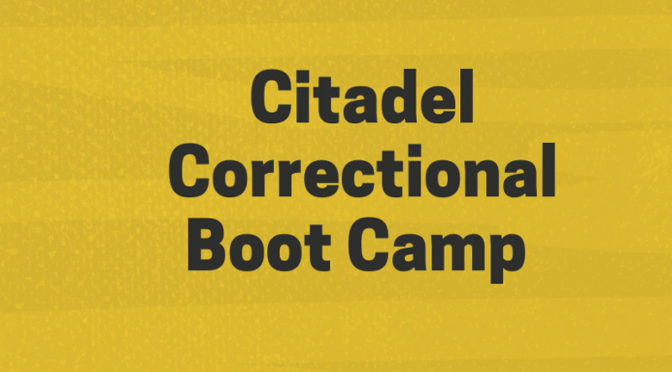 “Front leaning rest NOW, shithead!” said my still unseen captor, giving me level #2 jolt from the shock collar around my neck to emphasize his point.

I was in deep shit.

My conduct had earned me a trip to the basement dungeon where five of his buddies were waiting. I’d been promised an indoctrination punishment workout, a severe beating, and a hogtie in a cage.

And I hadn’t even been in-processed, shaved, strip-searched, disinfected, and issued my uniform yet. I was in a correctional boot camp whose purpose was behavior modification and instilling discipline and obedience.

How I got there is a story for another time. Right now, all I knew was … I was still naked and shackled with leg irons facing a long row of electrified barbed wire I’d have to crawl under to get to the dungeon. Cells lined both sides of the long corridor.

I was scared shitless and wincing in pain from the latest electroshock.

The number #2 electroshock was supposed to prompt me to hit the deck and get in the front leaning rest position. I’m a D1 college quarterback and not a Marine recruit like the ones my captor had once harassed as a USMC  Instructor.

But even I know enough to know that “front leaning rest” is the “up” position of a push-up.

“  FUCK YOU, YOU FUCKING MAGGOT!” screamed my DI/captor, outraged that I was still standing up.

“I fucking give orders and you fucking obey, shithead maggot.”

My “yes” earned me another kick in the balls from my captor/DI’s combat boots.

I should have said: “SIR, YES, SIR!” of course. So he grabbed me by the balls, from behind and squeezed tight until I was howling in pain.

Then he whispered in my ear:   “You know what they say, you shithead pussy boy, maggot little bitch: ‘Once you have them by the balls, their hearts and minds will follow.’ And I have you by the balls,” he said squeezing harder. “I own you.”

He squeezed harder still. The pain raced through my body like lightning.

“You have the right to enough food to avoid starvation and enough medical treatment to avoid bleeding out.”

“That’s it. Those are your only rights. Everything else is a privilege you must earn … including clothing and a bucket to shit in. Got it?”

“Louder, shithead,” he said while slapping my balls with an open fist.

“Still not loud enough, shithead. That earned you 10 ball slaps. A frat boy like you should know exactly what to say, Count ’em out, shithead, and thank me.”

“My pleasure, shithead. I’m a sadist. Your suffering might make a man of you. Or just give me pleasure. Fine with me, either way.”

He slapped my balls again, even harder, with his open fist.

“Still not loud enough, shithead. I can tell you are a slow learner in need of extra training. This will come in the form of a 60-second ball squeeze between each ball slap. Understood?”

“SIR YES SIR!” I screamed, this time to his satisfaction.

A 60-second ball squeeze followed, and then another hard ball slap. And another and another.

The pain was excruciating. But the humiliation was exhilarating. So was wanting to show what I was made of. I’d stopped screaming from the pain and wanted to hear “good” from the DI.

It never came. Instead he whispered in my ear during each ball squeeze: “I own you, boy.”

Apparently these were titles that had to be earned. I hadn’t yet made the grade.   The combination of the yelling and whispering was turning me on. The pain kept me from getting fully hard again, but I was eager for more.

I was also getting off on the smell of the sweat dripping down the valley of my huge pecs and huge chest and into my 6-pack abs. At age 20, I was 6 foot four at 225 pounds of pure muscle with 6 percent body fat. My chiseled jaw matched my chiseled body. Heads turned when I took my shirt off at the beach — or in the locker room.

I was the sort of guy who took long, slow showers and mocked the scrawny guys with small cocks. Right now, mine was at its usual 7 inches … and only semi-hard.

Finally, the ball slaps and squeezes were over. I’d made it! My reward was another #2 jolt from the electroshock collar. But this time I took the cue and got down into the front leaning rest.

“Good, shithead,” said the DI. Praise at last. I was in heaven! And determined to show my obedience and discipline.

I wasn’t ready for what came next.   “Those 50 push-ups you owe me to lick up your pre-cum just became 100. But first you need some time to think about your piss poor performance. So before we even begin, you will maintain your position for 30 minutes. Do not move a muscle.”

“You are getting what you fantasized about in your Recon profile. But we’re scaling it up. We even did a survey and asked whether you should get bondage, forced workouts, corporal punishment, indoctrination and transformation, or obedience training.”

“We have a clear winner: All of the above.”

“So that’s what you’ll get. But we forgot one thing from the list: humiliation. We’ve found it very useful for pain sluts like you with something to prove. Humiliation reminds you of your place. It’s essential to behavior modification. So that starts now.”

I was dripping with sweat in the front leaning resting staring at my pre-cum on the floor, naked and shackled and trembling in pain and fear. How could the humiliation get worse?   Like this: The DI unleashed a mighty torrent of piss on my back. Think: A fire hose of piss. He must have been saving it up for days. But now he was flooding my back with a huge river of piss. And then he worked his way down one leg and up the other. Then: More piss on my back and then he soaked my hair.

“Now you know exactly what I think of you, shithead. Let’s review the situation,” said the DI.

“No. 1: You are naked and shackled on the floor of my cellblock wearing an electroshock collar I control.

“No. 2: You owe me a 30-minute front leaning rest followed by 100 perfect form push-ups during which you will ick up the piss and pre-cum you’re staring at.

“No. 3: You will then low crawl down the corridor beneath the electrified barbed wire. If you bleed, your ‘treatment’ will be saltwater applied with sandpaper.

“No. 4: My five buddies are waiting in the dungeon. You will have a two-hour punishment and indoctrination workout, followed by a severe beating with fists, whips, and truncheons, followed by a hogtie in the cage.   Does that sum things up?”

“SIR, YES, SIR!” I screamed.   Then the DI shocked me. He got down on the floor and whispered in my ear:

“It’s over. You can stand up right now. I’ll unshackle you. You can shower, change into clothes and be back home within a few hours.

“In fact, that’s what IS going to happen right now. If you want to remain, no amount of pleading will do the trick.

“There is only one way to remain.

My reaction was instant. I got hard. And I leaked more pre-cum.

Was that good or bad? I was about to find out.

And I didn’t have long to wait.

Metal would like to thank the author, Jockboy, for this story! 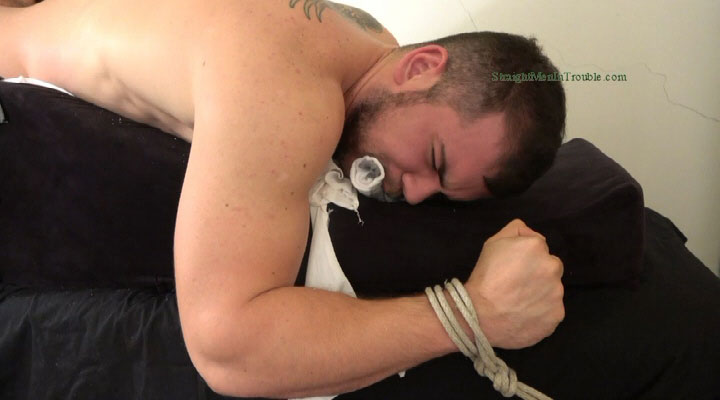