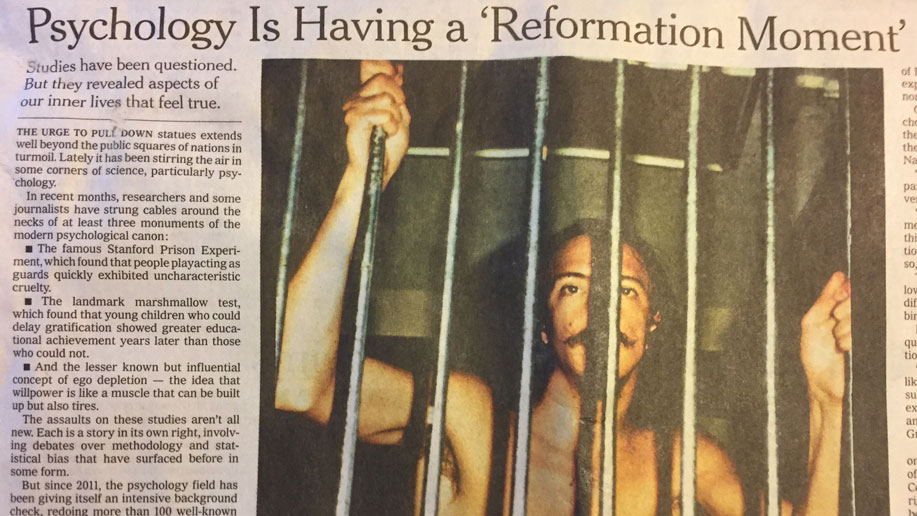 I’ve blogged about the infamous Stanford Prison Experiment a number of times before. For those who are not familiar, it was a prison role-play “experiment” conducted back in the 1970s with male college students, who were divided into groups of guards and prisoners. The experiment quickly went off the rails and had to be ended early. The guards got too sadistic and the prisoners too rebellious. There is tons of literature about this in psychology textbooks and at least one movie. This article revisiting the experiment appeared in today’s New York Times and caught my eye — especially the picture! The gist of the article is that the academic psychological community would not allow such an experiment to be conducted again today. And this is a shame, because I think re-doing the experiment again — with a better facility and better planning — would be fucking hot! I wish someone would volunteer to write a story based on this, for the Metalbond Prison Library! Reach out to me if you are interested.

In other recent news, Squirm of Rubberzone passed along this link to a story about a man in Washington state who broke into an escape room and then called 911 when he could not get out! What do you guys think of the escape room craze? Who among us has participated? Again I think this would make a great story for the Prison Library!