The day that Cimarron first worked in tandem with its mare passed quickly and both horses got used to working in tandem pulling the heavy wagon. During the break for lunch for the hands, the horses were given water and vegetables and allowed to stand and rest in the shade to keep them cool. The ranch hands followed Steve’s instructions to keep their hides coated with sun block to keep the horses from getting sun burned which would have restricted their use until they healed.   Cimarron kept looking at his mare harnessed beside it in the shafts of the wagon. It noticed that the mare’s mane was long and had been properly clipped and groomed into a flowing mane.

The sides of its head had been clipped and a 3 inch wide strip of its hair had been encourage to grow and it hung down its back. The mare turned its head and looked at Cimarron and nodded its head.   Cimarron looked closely at its mare and saw that there was a heavy leather cup covering the mare’s groin so it did not show any human male genitals. Cimarron wondered if the mare had been allowed to keep its male cock or had it been removed as it has been threatened with if it failed to perform as a stallion. The mare nodded and stamped its hoof three times and Cimarron wondered if that meant it had been a mare for 3 years and decided that it most likely was considering the heavy muscular build and the length of its mane.

Cimarron shuddered and its harness jingled. It was now very scared as it was now the reality of its life as a horse and it was no longer a fantasy. Was its owner John going to keep it has a horse permanently or would it be allowed to return to its former species.

Cimarron heard the hands coming back and it stood up straighter in its harness. The men came around the corner of the barn and walked over to the wagon. They gave the horses another drink, and then got into the wagon. They snapped the reins and the horses dug in their hooves and moved off for the rest of their working day.

In the evening, the horses had been removed from the wagon and given a grooming and a washing to remove sweat and grime from their hides. The cool water felt good to both of the horses and they whinnied as they were scrubbed down, their harnesses had been for the most part removed so the hands could give the horses a good scrubbing. After being dried off, their harnesses had been cleaned and oiled and put back on their bodies. Cimarron felt strange as it was the first time it had been out of the harness in over a month and it was startled by how naked it felt and how strange it was to see with its full range of vision as its blinders had been removed as well. It stood quietly roped by its lead to the post in the yard as it was cleaned and groomed.

The final thing was its bridle and bit was removed so that its head could be clipped and its mane’s shape to be started. After the grooming was done and both horses re-harnessed they were taken to their stalls and put away for the night.

Several hours later, Cimarron was startled awake by the lights being turned on in the barn and it scrambled to its hooves and shook itself awake as it walked over to the door of the stall and looked out. It saw its owner John walking around the barn checking on the other horses. They all whinnied and shook their heads showing their excitement at seeing their owner. John spent time with each horse petting it and rubbing their noses and the horses nuzzled into him. John gave each horse a final pat and walked over to where Cimarron was standing quietly watching. John opened the stall door and walked into the stall and closed it behind him. He sat on the edge of the manger and looked at his new stallion his former cousin. John smiled and noticed that the heavy work over the previous month was showing in a more muscular body especially the legs of his horse. John smiled and looked at his stallion and asked if it was happy as a horse.

Cimarron nodded its head and its harness jingled. John laughed as there was no attempt to even form human words and it was apparent that Cimarron had fully accepted its new species and was happy. John nodded and then told Cimarron it had a choice to make. He was going to ask it several questions and Cimarron was to either nod or shake its head in response. John looked at the stallion and asked it if it wanted to become a human again at the end of the summer. Cimarron stood quietly and then shook its head vigorously to show that it wanted to make it clear. John nodded and then asked did Cimarron want to remain a horse permanently? Cimarron stood quietly for a while and then nodded its head firmly and John smiled.

He stood up and walked over and began to stroke Cimarron and told it that he was so proud to have such a great horse and that it would remain a horse. He would make all the arrangements for his former cousin to disappear and that statement which was so final scared Cimarron so it began to rear and whinny in fear. John grabbed the bridle and held on till Cimarron began to calm down. He stroked Cimarron till it was calm. John by then was extremely hard and he walked behind Cimarron and unharnessed the tail plug and pulled it out. He quickly rammed in his cock and began to ride his stallion hard.

After a few minutes of hard fucking, he came deep in his horses ass and then he pulled out and rammed its tail back in. After reattaching the harness to keep the tail in the stallion’s ass, he tucked his cock back into his jeans and left the stall.

Cimarron slumped and fell to its knees and then it realized what had just happened and what it had agreed to. It realized that it had just agreed to become a permanent horse and that its former identity and species was now going to be destroyed. It would remain here and work with the other horses belonging to its cousin.

The days passed and the work got harder and harder as Cimarron’s muscles built up by the heavy work needed more and more resistance to keep it strong and working as it should be. It’s mane was 4 inches long and was starting to show its shape so John decided it was time to remove the mane which it had worn since it was first put into the harness. The summer ended and fall was starting to show itself in cooler temperatures. By this time Cimarron was massive in size especially its rear legs. Although it had been allowed to mount its mare several time, so now that it was in peak condition, John felt it was time for Cimarron to fulfill its potential and breed the other 2 mares. The third horse had proven to be less than successful and had been gelded. Cimarron was taken out of the barn and brought over to the breeding barn one evening. It was led into the breeding area and there mounted on breeding stands were the two mares.

Cimarron whinnied in excitement and began to move in erratic movements. John and Steve grabbed its bridle and they managed to release its cock which was already rock hard and dripping. They led it over to the first of the mares and Cimarron quickly mounted it and fucked it, then pulled out, its cock dripping. Then it was led over to the second mare and Cimarron mounted it and fucked it. John was impressed with his stallion’s performance and so was Steve. They pulled Cimarron off the second mare and put its cock back into its leather sheath.

The horses were removed from the breeding stands, and all three of them taken back to their stalls.

Several weeks later, John received a call from the local sheriff’s office asking about Rick. His parents had contacted the police when their son had not shown up from the ranch as he had told them he would be done by the end of the summer.   John told the deputy sheriff, that Rick had finished up 3 weeks ago, gotten paid and had left the ranch telling him that he was heading back to the city to look for a job.

The deputy sheriff asked if they could search the ranch for any clues or evidence and John agreed. Hanging up he left the house and found Steve and told him to get the other hands together. They had to get the horses out of the barn and moved quickly to the remote barn at the far end of the property. The hands quickly got the horse trailer hooked up to the truck, and the horses were taken from their stalls and loaded into the trailer. After about 40 minutes on the rough roads of the ranch, they reached a small set of out buildings.

The horses were unloaded and put into the small stalls of the barn, they were upset and whinnying not understanding why they had been moved. One of the hands stayed with them to keep them watered and fed while the other would return to the main ranch.

The hands arrived back at the ranch and put the trailer back behind the barn and unhooked the truck. They scattered to various jobs that they had been working at before the summons to move the horses. 30 minutes later several sheriff vehicles pulled up and the deputies got out and walked over to where John was standing. They introduced themselves and asked to see where Rick had been living. John nodded and they walked into the main house and they went to the bedroom where Rick had slept for the first little while prior to his conversion into Cimarron. The deputies check the room and found nothing to indicate where Rick had gone.

They asked to interview the ranch hands. John nodded and told them that his foreman Steve and 2 of the hands were here but the third hand was away visiting his family.

After interviewing Steve and the hands, the deputy sheriffs left the ranch but John was cautious as he felt that they were not done with him yet.

Thanks to Rubrpig for this story! 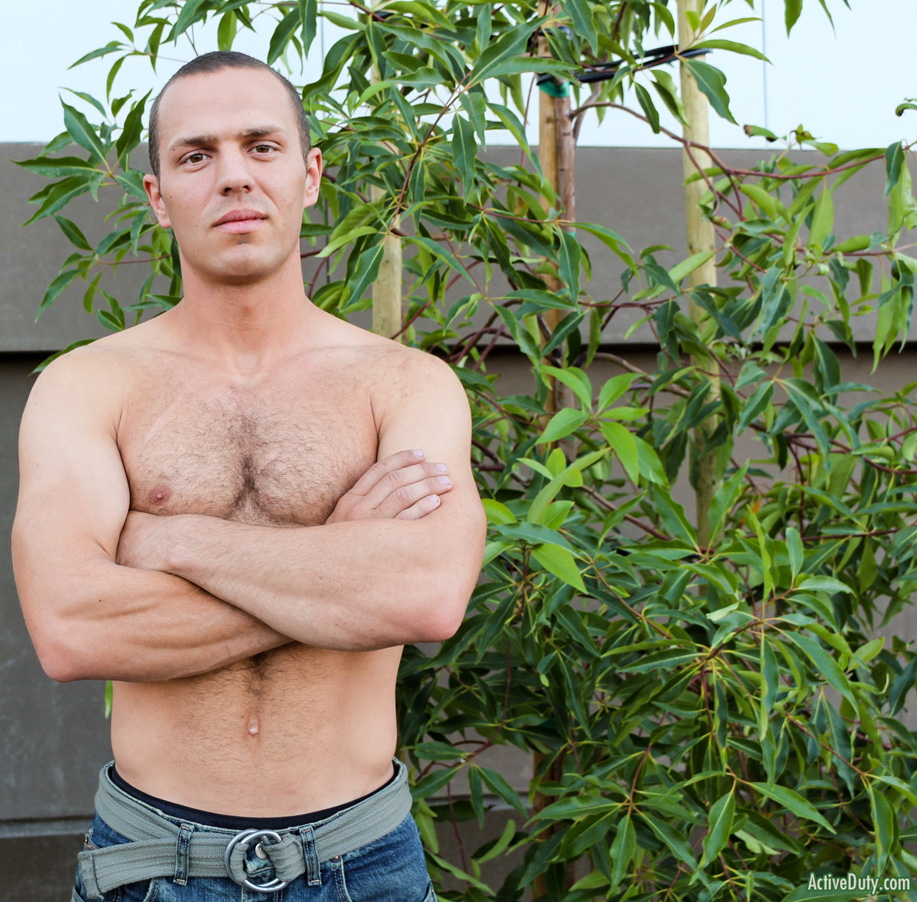