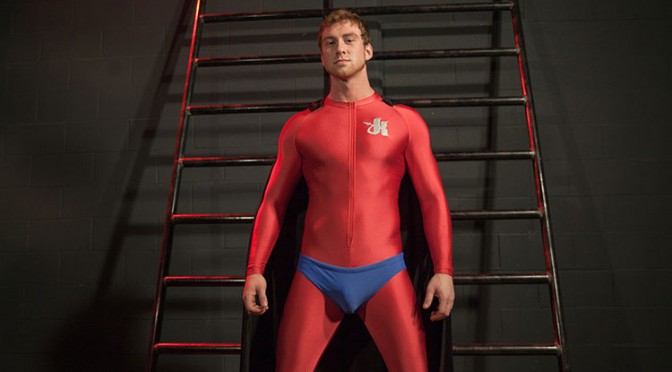 In this vintage shoot from Men On Edge, Connor Maguire is captured and edged by the Evil Edgemaster and his henchman No Mercy Since Kind Man and the Moral Keeper have been abducted and converted to the world of kink, Connor Maguire a.k.a. the Kink Killer is one of the few remaining superheroes of the K-League. The Evil Edgemaster and his henchman No Mercy wait in the alleyway while Connor is alone at the bar. After Connor stumbles out to take a piss, the evildoers beat him down to the ground and take him back to their secret lair. To their surprise, Connor was planning to be captured and he quickly turns into the Kink Killer. Quickly the alarm is raised and the Edgemaster’s secret weapon, the Orgazmatron is fired up as the beam of arousal subdues the Kink Killer. Connor’s hands are chained above his head as his cock is teased and edged.