The guards dragged 4798 out of Captain Ferguson’s office and then removed the heavy 5 point chains that he had been wearing for the last few weeks.  The removal of the chains felt strange as he had become so adapted to wearing them that he had learned to move wearing the heavy chains so having them removed felt strange.

The guards escorted him to the entrance of the mental hospital.  They used their security cards and opened the door.  Once the group was inside, the guards turned 4798 over to the ward orderlies and they left.  The orderlies surrounded 4798 and the head orderly told 4798 to strip and he hurriedly stripped off the smelly orange prison uniform and stood naked.  The orderlies walked him to the showers and told him to shower and put on the white hospital uniform.  4798 got under the shower and enjoyed the hot water which was something the prisoners in the supermax prison did not get when they were allowed an occasional shower.

After drying off and putting on the clean white hospital uniform stenciled with PATIENT- FERGUSON MENTAL HOSPITAL and walked over to the watching orderlies.  The orderlies escorted him to the Dr.s office and took him into to see the Doctor.

The Doctor nodded as 4798 entered and stood in front of the desk, his hands clasped behind his head as he had been trained in the weeks of prison time.  The Dr. told him to put his hands down and pointed to the chair.  4798 hesitated and the Dr. again repeated his order and 4798 sat down and sat on the edge of the seat looking fearful as if he was being set up for a punishment.  The Dr. nodded and told 4798 that he would spend the last several days in the hospital ward so allow himself to decompress and regain his former personality.  4798 nodded and said, Prisoner 4798 understands.  The Dr. smiled and looked at his patient and told him that he was no longer and could he remember who he was?  4798 nodded slowly and said that he thought his name was Marc.  The Dr. nodded and told him that he was indeed Marc but it would take time to recover from the prison sentence.  Marc nodded slowly and relaxed a little.

Marc looked at the Dr. and asked if the heavy steel chastity belt would be removed and the Dr. shook his head and told Marc that the Captain insisted the belt remain locked.  Marc nodded and followed the orderlies out of the office and down the hall to the large ward.  The orderlies showed him the bed assigned to him and then left him in the ward with the other patients.  He wandered around and found there were 3 other patients but none of them were in a straitjacket.  He sat down on a chair and got comfortable as he had to get the belt to settle right so it did not pinch.

The next several days passed slowly, and Marc began to feel like his old self and the comforting tightness of the heavy jacket helped.  The orderlies came into the ward followed by the prison guards and they walked up to Marc.  The head orderly told Marc that Captain Ferguson had ordered him brought to his office.  The guards surrounded Marc and the group left the ward and then exited the hospital wing.  They walked through the main admission block which Marc vaguely remembered from his first day at the facility.  One of the guards knocked on a door and was told to enter.  The group of men walked in and the guards saluted and the head guard stood at attention and told the Captain that the patient had been brought as ordered.

The Captain looked over at the pale nervous patient.  Marc had changed a great deal during his 12 weeks in the security facility.  He had lost his arrogance and bravado.  He was thoroughly broken and the heavy bondage pig that he had become replaced the arrogant investment banker who had been arrested and brought to the facility.

The Captain told Marc that during the time the Facility had been open, he was the first man to book such a long and intense experience.  He admitted to Marc that he had been worried that he would not have the stamina to last and endure the intense nature of the requested experience.  He looked at the file and then at Marc and nodded. Marc looked at the heavily muscled Captain and told him that he had almost caved in several times and begged for early release.  But he found that he craved the intensity of the experience.

The Captain nodded and told Marc that he was scheduled for release in the morning.  He would be removed from the jacket and be allowed to shower and dress in his clothes prior to being taken by an unmarked vehicle to the airport where he had been arrested.  Marc nodded and stood up and looked at the Captain and told him that he would be back as the Facility was intense and that is what he now craved.  The Captain smiled and told Marc that he was glad that he had gotten what he had desired from the facility.

The guards returned him to the mental ward for his last night.  He walked over to his bed and laid down on it and stared at the ceiling.  He began to feel strange and he realized that he needed to make a decision.  He laid there and thought through what had come to him and decided that either he had to do it or the opportunity would be lost.

The morning finally came and the guards entered the ward along with several of the ward orderlies.  They came up to Marc and he shifted around and swung his legs over the edge of the bed and then leaning forward stood up.  The orderlies quickly unstrapped the heavy straitjacket and removed it.  Marc stretched and the guards told him to follow them.

They walked out of the mental hospital and back into the administration area.  They went over to a door marked Parole and entered.  Marc found himself in a lockerroom and the guards told him to strip off his patient’s uniform and he would find his clothing and shave kit in the locker with his name on it.  Marc walked over and found the locker and opened it.  He grabbed his shave kit and walked over to the shower area.  He shaved and then showered.  Walking back out rubbing himself with a towel.  He pulled out the jeans, boots, and tshirt he had worn when he arrived and he got dressed.

The t-shirt was no longer skin tight due to his weight loss from lack of exercise and basic food he had been given.  He packed his gear into his carry-on bag which a guard had brought into the locker room.  He stood up and then looked at one of his guards.  He told the guard that he wanted to speak to Captain Ferguson.  The guard nodded and went over to a phone and called.  The guard nodded and told Marc to follow him and they left the locker room and walked across the wide hallway and the guard knocked on the door and Marc heard the Captain tell them to enter. 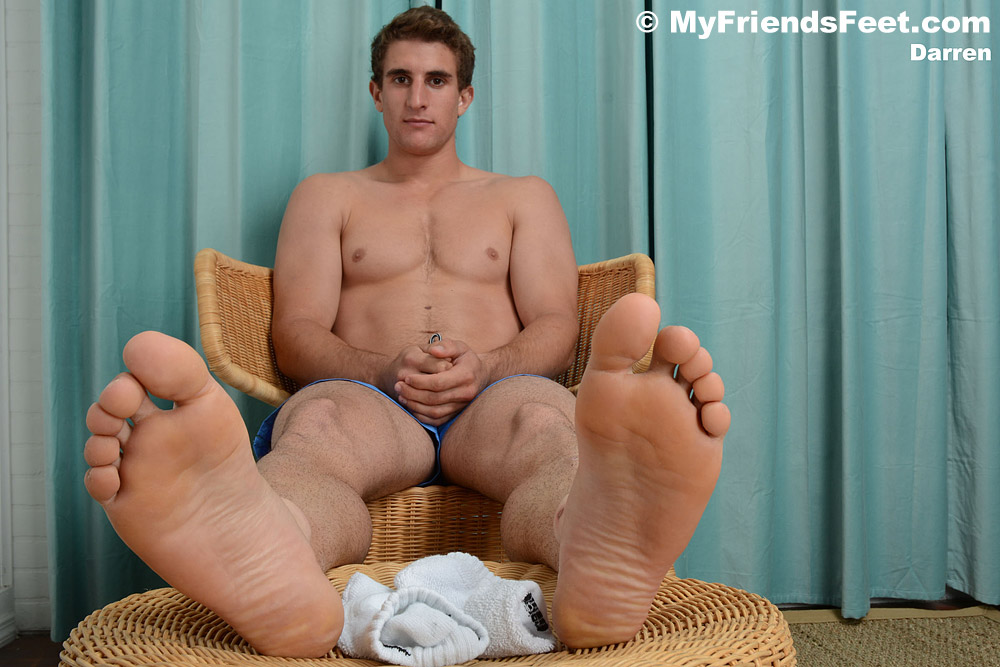